Kia has revealed a facelifted version of the Sportage: Top 5 facts

Kia Sportage updated: is There a change? 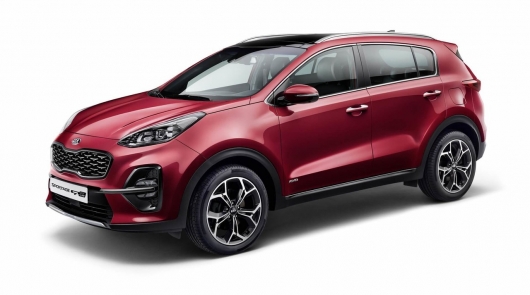 The South Korean crossover Kia Sportage gets a restyled version for Europe. What will change in the new product and can it even be called a novelty? A selection of top facts about the updated Kia Sportage.

Fact # 1 This Sportage was designed for Europe, so he will come to Russia

According to common manufacturer to update the fourth generation of crossover designed for the European market. Reportedly, the sales model should start in the third quarter of this year. Does it mean that in Russia the model will arrive at the same time? Not directly, but given the popularity of the model, with the beginning of the year to January, sales amounted to more than 10 thousand units, the eleventh highest in the country among the most popular cars (Statistics of new car sales in Russia), Kia is interested in the speedy appearance of the model in the domestic dealerships. This balance of power suggests to us that sooner or later the model is still coming soon and in our country. Perhaps at the end of 2018. 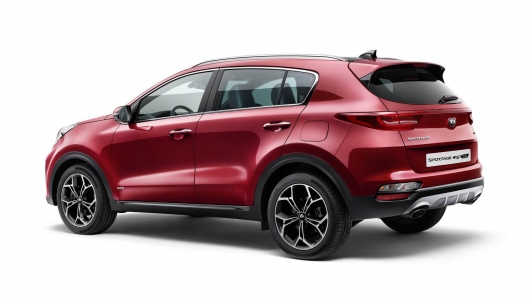 For the exterior updates are present, but they are moderate. Crossover has changed optics, now it is closer to the trend the corporate direction of the Korean brand, changed the headlights (they differ by the presence of four led lighting elements), very carefully revised front filesresearch, installed new bumper. In front of the modified form of air intakes and fog lights.

From visible changes you can also note the presence of a new exhaust system, rims 16, 17, 19-inch with style internal pattern of the spokes.

This change of the exterior stop, do offer, yet it is a restyled version of the model.

But in the interior there will be new dashboard, along with an updated infotainment system that has increased to 7 inch screen or frameless 8-inch version, and sports seats covered with leather. 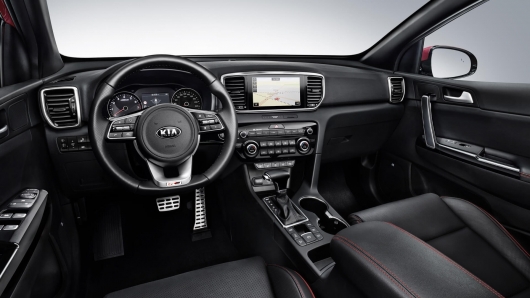 Revised technical basis of the model. Under the hood you will see the version of the hybrid model, the so-called “mild hybrid” (the system uses a small electric motor, providing a minimum percentage of assistance to the engine). On Board the updated model has a 48-volt electrical system and the starter/generator produces energy to assist the internal combustion engine.

For example, four-cylinder turbo-diesel motor, these innovations will get less consumption and greater environmental friendliness.

Line of of motors left the 1.7-litre CRDi, which was replaced by a 1.6-liter CRDI version of the U3 power from 115 to 136 HP, the Most powerful version will get four-wheel drive and a transmission with dual clutch for 7-speed.

Fact # 4 will there be a hybrid model in Russia?

Despite the popularity of the model in Russia and an extensive range of power units: a 1.6-liter diesel (177 HP) 2.0-liter diesel (150 HP) and 2.0 CRDi diesel engine (185 HP), expect the arrival of “mild hybrid” is not necessary, because it will cost unreasonably more expensive and not likely to be popular among our countrymen.

Prices on restyling has not yet officially announced. If they increase, but only slightly. Recall that now you can purchase a crossover from 1.179.900 rubles. Maximum diesel JDM car will cost 2.159.900 rubles.