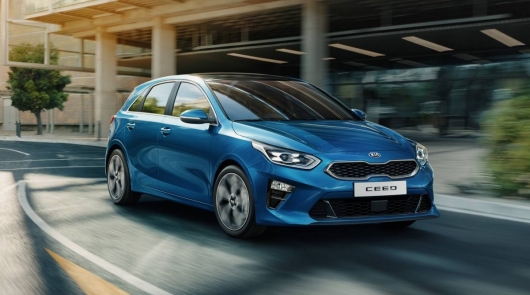 Official information about the third generation Kia Ceed appeared in the unified register of certificates of conformity. Document the transport vehicle type approval (type approval vehicle) reveals technical details about the hatchback a new generation for the Russian market. As it became known, the model will get not only an updated look, but several new technological systems and a 1.4-liter engine.

Hatchback, as before, will be exclusively front-wheel drive, mid-size budget car. The cost of the restyled second-generation car hatchback in the minimum configuration, taking into account all available discounts is 774 thousand rubles. Top of the range hatch will cost 1.2 million rubles. Despite the fact that the prices for a novelty are not yet defined, it is possible to speak with confidence about raising the cost of new items, due to those technical improvements that were stated by the manufacturer. The people’s car from Korea became seriously more technologically advanced and safe.

Consider yourself, here’s what equipment lifting safety to a new level will be included in the vehicle:

the system of automatic emergency braking (AEB) (document approval, it is noted that the system can be installed on request)

Some of the solutions practically cannot be found on budget cars of this class.

In Kia Ceed third generation will be installed one of three powertrains to choose from: 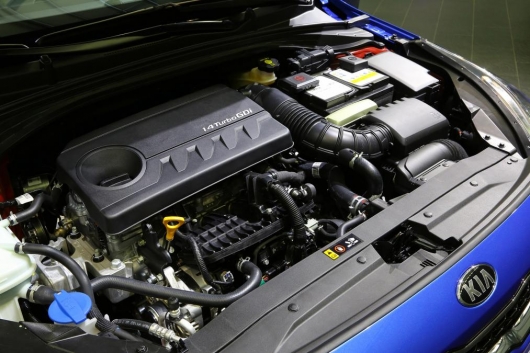 That or a 1.4-liter naturally aspirated petrol engine capacity of 100 HP (base version);

Russia will not come to a few engines. Namely: gasoline engine capacity of 1.0 liter and a power of 100 HP, which obviously would not have done the weather and a pair of 1.6-liter diesel engines with capacity from 115 to 136 HP latest Here of course sorry, but logic dictates that they would not be popular among our countrymen, because of higher prices for cars with diesel units.

The transmissions were published the following data:

Atmospheric petrol engines will get a six-speed manual transmission and a conventional automatic transmission to choose from. The most powerful turbo engine will get a seven-step “robot” with two clutches.

The exterior of the new generation Kia Ceed 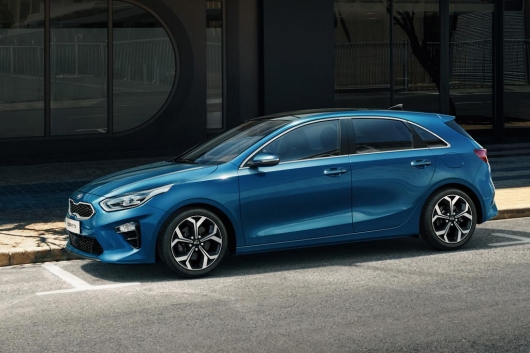 The model was longer and wider than its ancestor. Less rounded shapes and details, more direct, precise lines. This is intended to make the new more than sport in the eyes of their longtime fans. The front flaunts a wider radiator filesresearch made in the corporate style of Kia. The intakes have moved a little lower and also become bulkier. The once exclusive, white ice cube, which can be seen exclusively on the versions GT and GT-Line, now became standard equipment on all new versions of the model Ceed. 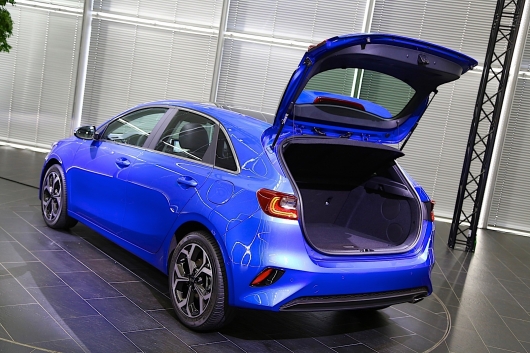 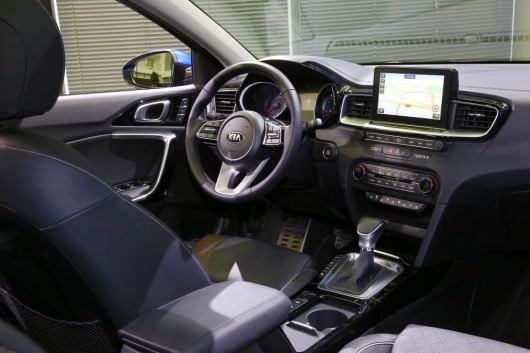 Inside, the emphasis was placed on improving the quality, but the overall design is typical for Kia. Visually divided into two parts, the torpedo has a LCD touch screen, in the lower part, as usual, set the controls for the stereo and ventilation systems. 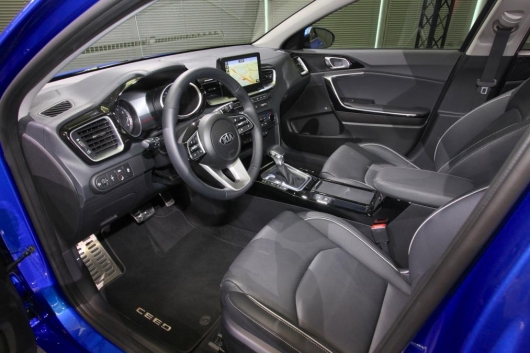 As we wrote earlier: “to change the landing of the driver and passengers. Due to the lower position of the front seats ahead to get more space above the heads. Do the rear passengers has also become roomier, especially in the shoulders. 395-litre boot is clearly bigger than the hatchback Golf”. It is a fact, the details you can see the data here: Officially revealed the new Kia Ceed 2018