Euro NCAP: two models from Jeep and Fiat with 1 and 0 star safety rating 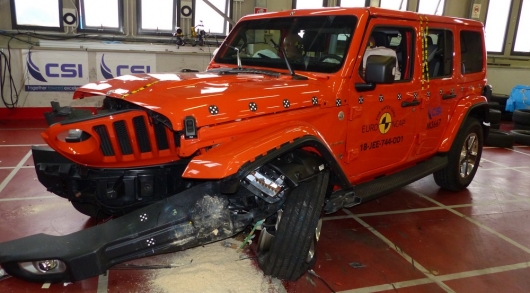 At the end of the year it is accepted to sum up. If you are an organization, conducting the testing car safety and cars break on the metallic deformable cube, you also will not prevent to publish the hottest facts about experimental cars at the end of the year, for example, Euro NCAP does. In today’s selection of dips year marked a particularly brutal SUV Jeep Wrangler and Italian mini Fiat Panda.

It turns out that a Jeep Wrangler despite the apparent brutality as unsolved for almost 80 years problems. One of them are low ratings for the protection of driver and passengers. Recently debuted a new generation of “Wrangler” is not fundamentally different from their predecessors, the American SUV as it was not the safest, and still is. Euro NCAP has tested Americans on a par with other cars and came to the conclusion that more than 1-star car is not worthy.

Basically rating was lowered into the category of “security assistance”, because even in 2019 Jeep Wrangler still does not have electronic systems automatic emergency braking and help the band.

“It is very disappointing to see that in 2018 the sale came a brand new car without Autonomous braking system and system of care in lane,” commented Euro NCAP Secretary General Michiel van Ratingen, “it Is time that we saw the product from the Fiat-Chrysler Group that offers safety to compete with their rivals”. 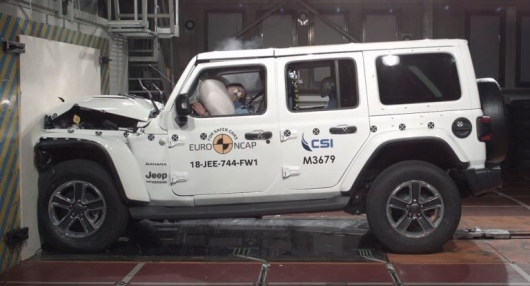 Brand new Wrangler Jeep did not succeed in the categories of adult passengers, children and pedestrians, where he scored 50, 69 and 49 percent, respectively.

But 1 star rating too. It is much worse when the car gets zero stars. Such “outstanding” result was the Fiat Panda

The second blow to the Italian-American automaker Fiat Chrysler Automobiles (FCA) came from the model Fiat Panda in the latest round of Euro NCAP tests. The car scored a catastrophic 0 rating and were described as “of dubious fame, is comparable only with Punto in 2017”, said European experts on the safety of the cars.

In fairness, we note that the problems arose even in the car, received a five star rating. For example, Euro NCAP also conducted a crash test of the Hyundai Santa Fe and found that the SUV experiencing the problem with side curtain airbags, which could break during deployment. It is noted that this occurred only in vehicles with a panoramic roof. The Korean automaker, as they say, immediately reacted to the claim by releasing a hotfix, problem-based crossovers will be revoked and they will be solved this problem. 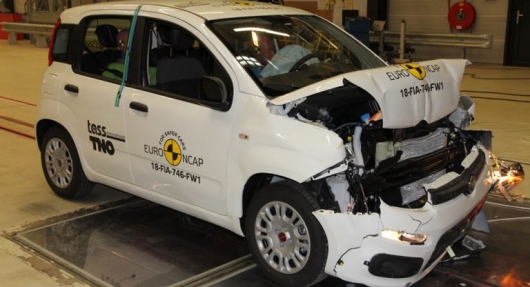 Meanwhile, airbag driver’s knee, as they say, incorrectly deployed even in the new BMW X5. Thus, the SUV Munich car company follows in the footsteps of “5-Series”, which had a similar problem when testing last year – the airbag is provided “incomplete additional protection of driver’s legs”.

But Audi, Jaguar, Peugeot and Volvo has set new standards of safety

Other cars tested by Euro NCAP, was the Audi Q3, Jaguar I-Pace, Peugeot 508 and Volvo V60/S60. All of them were awarded five stars for safety – the highest Euro NCAP rating.