January-September – statistics of road accident in Russia in 2018 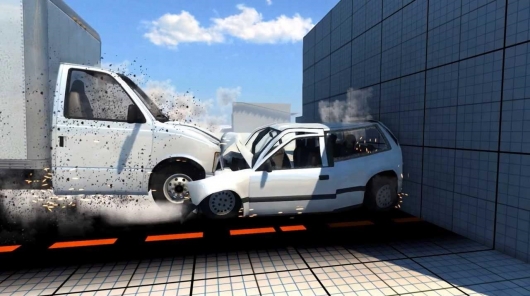 Almost 120 thousand traffic accidents occurred nationwide in the period from January to September 2018. A lot or a little? It depends what starting point to take. For example, compared to Germany, it is a lot, a lot, but if we take a comparative point of the past as reflected in the statistics of the traffic police years, the number of accidents has been steadily and significantly reduced.

I have 9 months of 2018 in the body? And so, the statistics for the period is as follows:

Due to the violation by drivers of the vehicle was completely 105.178 accidents (an increase of 1.8%). Involving pedestrians in the period January-September 2018 happened 33.446 accident (-4.5%). Of them pedestrians – 32.475 (because of drivers 21 thousand accidents because of pedestrians 12 thousand)

As for the perpetrators motorists interest in statistics the most frequent violators, however, to be fair, I chose the “worst”, not in absolute terms and as a percentage of the APPG:

The drivers of the tram included in the same category. The number of accidents is small – 122, but the percentage increase compared to last year serious, about 22%

Drivers of tractors and other self-propelled vehicles also made the list – 708 accident, plus 24.9%.

The number of accidents involving children has also increased, 15 thousand traffic accidents, plus 1%.

But accidents due to poor detention conditions and improvement of the road network (NDU), despite the considerable figure of more than 44 thousand accidents, decreases rapidly, minus 12.6% compared with the 2017 year.