Is it possible to leave the child in the car with the window open?

So can we or not to leave children in the car? 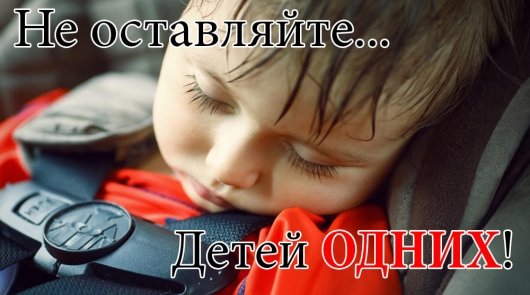 Amazing our Motherland, and no less amazing we are. Have you noticed that in Russia, when something forbidden at the legislative level, there are thousands of people who begin to think how to get around the existing legislation, as well as climbing the branches of the legal forums in search of reasons for a violation of the law to avoid responsibility? For example, in Russia for quite a long time, a ban on leaving kids in the car, but still thousands of car owners ask, in what cases it is possible still to do it. For example, recently to us in edition has come the question, is it possible without penalty to leave the child in the car with the window open. In comments to the question, the author argues that there is in fact nothing, if the child alone in the car with the window open.

Also recently we received another letter from our reader, who claims that in current legislation there is no administrative responsibility for leaving child in car, despite the fact that the SDA is a direct prohibition.

How do you do? So the author of the strange letter believes that if there is no direct administrative responsibility for the abandonment of the inner child without an adult, then you can break? But what about traffic Rules? For whom they were written?

If anyone remembers, here is the paragraph of traffic rules directly prohibit leaving children in the car (no matter with an open door, window or hatch – Yes, even in a convertible):

12.8. The driver can leave his place or leave the vehicle if it had taken the necessary measures to avoid inadvertent movement of the vehicle or use it in the absence of the driver.

Do not leave in the vehicle at the time of his Parking child under the age of 7 years in the absence of an adult.

What is responsible for leaving the child in the car under 7 years of age without the presence of an adult? 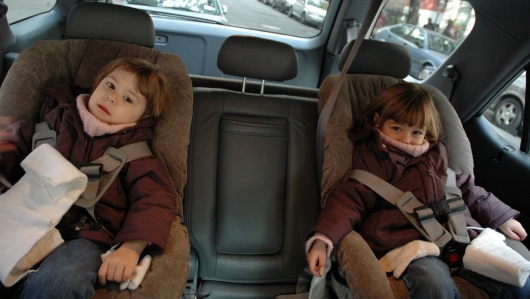 Despite the fact that in the Administrative code there is no direct liability for the violation of traffic rules, however, the traffic police actively fine careless and irresponsible drivers, who left in the car of children without supervision of adults.

To do this successfully applied by part 1 of article 12.19 of the administrative code for which a penalty in the amount of 500 rubles. For Moscow and St. Petersburg the fine is 2500 roubles. But that’s not all.

There is another article of the Criminal code that can attract the irresponsible driver that left a baby in the car, with the result that there has been any emergency in which the child suffered. We are talking about article 125 of the Criminal code of the Russian Federation:

Article 125 of the criminal code of the Russian Federation: Leaving in danger

Knowingly leaving without the aid of a person in a life-threatening or health condition and deprived of opportunities to take action for self-preservation on the early childhood, old age, sickness or because of his helplessness, in cases if the guilty had possibility to assist this person and was obliged to have about it care or itself has put it in a life-threatening or health a condition,

Why forbidden to leave children in the car? 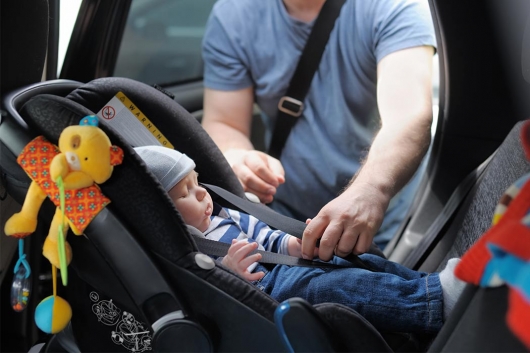 I must admit that our government this should have been done after the first emergency with a child left in the car. But, unfortunately for the country, a wave of such incidents, our government took the time to enter in the SDA prohibition on leaving the child in the car without the presence of adults.

For example, in Izhevsk in the heat of young stupid parents left in a cradle in the car baby, who was sleeping. Moreover, the parents opened a little window in the car. But, alas, it didn’t help. Upon return of the parents the child already has signs of life.

Russia repeatedly recorded cases when children head clamped glass due to accidental pressing of the button window. And there were even deaths. Took place and cases of suffocation of children seat belts.

But most often children left alone in the car, was the culprit. For example, we know of several cases where kids somehow removed the shift knob from speed, bringing the car rolled. In particular, in the Oryol region the small child went down with the machine, which rolled down a gradient after he moved the gear lever off the gear in neutral. Only by a lucky chance, the baby’s father noticed that the car is sinking and managed to rescue their child.

There have been cases where irresponsible parents left the keys in the car, with the result that the children start the car and staged the crash.

And a lot of such examples. Moreover, the introduction of a ban on the abandonment of children under 7 years did not fix the situation in the country. Careless parents often still leave their children alone in the car. That is why it was recently proposed to introduce direct responsibility for this kind of traffic violations, raising the fine up to 5,000 rubles. There have also been proposals to introduce criminal liability.

Well, what about children older than 7 years? Is it possible to leave them in the car? 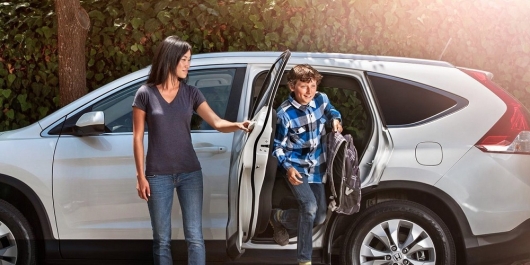 Of course not, though explicit prohibition in the SDA and there. After all, if with your child something happens to you then your conscience to explain his behavior? Surely going to prove to myself that the law is not violated? Of course, children should not be left in the car. And of any age. Because the car is a source of danger. You understand that anything could happen. You’re yourself then you will not be sorry.