The internal combustion engine is yesterday

Why it’s time to leave the internal combustion engine. 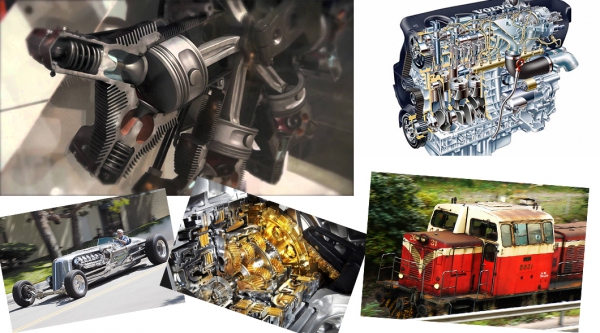 It’s amazing that we are already more than 100 years, using fire, metal, gasoline and oil, to bring the car in motion. And this at a time when in our days we all have mobile phones, in power, no way inferior to the computers. Our smartphones can recognize faces, fingerprints and even measure heart rate. We have the technology and high-tech objects that can split each other protons that allow you to study their fragments that allows us to unlock the secrets of the Universe. We can also put a probe on a comet and send a satellite beyond the Solar system. And so on to infinity… So why in the age of technological revolution, the world still using outdated internal combustion engines?

Despite all our achievements in science and technology, the internal combustion engine virtually remains the main source of movement of all vehicles in the world. And it’s a given that this powerplant was invented over a hundred years ago.

Let’s analyze how everything works in the car with a conventional engine.

So. You insert the key into the ignition and turn it to start the starter. In the end, the starter begins to move pistons up and down. Then starts the fuel pump feeding the fuel in the combustion chamber of the engine.

With him beginning to work a water pump, oil pump, engine valve, which start their harmonious dance to deliver fuel to the combustion chamber of the engine every second. In the end, the engine begins its work where all its components begin to rotate and be lubricated with plenty of oil.

You will agree that this process is a very wasteful operation. As for the operation of the engine involves many auxiliary equipment that consumes almost 75 percent of the energy from the motor is wasted. Besides a huge number of auxiliary engine components are easily damaged due to constant high load.

But despite this we cannot say that the internal combustion engine is initially based on a stupid idea. No, of course. The internal combustion engine has served us faithfully for over 100 years and, in fact, changed our world beyond recognition. But this does not mean that this amazing motor needs to serve us another 100 years. At that time, when there was ice it was a breakthrough and conform to the technology that prevailed in that era.

But today things have changed and now internal combustion engines do not fit into the world that surrounds us.

You look at modern cars. They actually began to look like the vehicle shown to us in science fiction films and futuristic novels. New cars have awesome design thanks to new design technologies and advances in aerodynamics.

Modern cars can communicate with satellites that automatically take control of the car, to warn us about road hazards, emergency brake to avoid danger, to go out into the world wide web, and more.

But despite the high-tech under the hood, modern cars are most commonly installed internal combustion engines, which are remnants of the past. It now looks exactly the same if the iPhone 7 was equipped with a rotating disc dial.

Today in the 21st century, the internal combustion engine really looks dated. Especially the technology of obtaining energy, which is formed by burning material (fuel) from which waste is generated in the form of gas. This harmful gas we return back to nature causing irreparable harm to the planet.

I want to note that I’m not a crazy environmentalist, who for hours on the flight ranting about protecting the earth, the atmosphere and conservation of penguins in Antarctica. Those “green fans” in our world, and so abound. And I want to note that a variety of the most ardent defenders of nature (borderline fanatical) had a lot more long before the advent of steam engines, not to mention the advent of the internal combustion engine. And I want to assure you that such foundations and organizations, borusa for the ecology of the planet will be a large number, even if the ecology of our planet is nothing more will not threaten.

But despite its neutrality in relation to the ecology of nature, I want to say unequivocally that the internal combustion engine really has outlived its usefulness and it has no place in our 21st century and in our future.

Especially in our days there are already technologies that are based on simpler and more efficient methods of energy production to traffic.

But in order for the internal combustion engine is gone forever, it is necessary that we understand that the time has come to change our world, starting with himself. The fact that any technology has become main for use across the world need to we got used to it, rebuilding its foundations and habits. It’s just as we first hard to get used to mobile phones and for a long time could not abandon household fixed-line phones. Then replaced by smartphones, which long remained by us unnoticed, but ultimately have become part of our life. Also with new technologies in the automotive industry. Yet, from our side there will be a demand for new energy sources, new technologies will not be able to send internal combustion engines to retirement.

In the first phase of the sunset engines engine, leave the most inefficient powertrains. In the market for some time will remain only the most innovative and environmentally friendly internal combustion engines. Then they will disappear.

So our future is cars that will be equipped with engines running on alternative energy sources.

Probably very soon we’ll have cars with electric engines, some of which will be charged with electricity, and part of the hydrogen fuel.

But there is also a possibility and the emergence of new types of energy sources for vehicles or will we have a revival of old long-forgotten technologies. For example, it is possible that the future car will be equipped with a pneumatic sources of energy or we may fill the cars of food waste.

In any case, the world is changing at a breakneck speed. So the disappearance of ice in the 21st century is inevitable. Especially in the context of climate change on the planet, which is due to emissions in the Earth’s atmosphere of harmful exhaust gases from vehicles equipped with internal combustion engines.