2020 Mercedes-Benz E-Class: first pictures of the restyling of the first 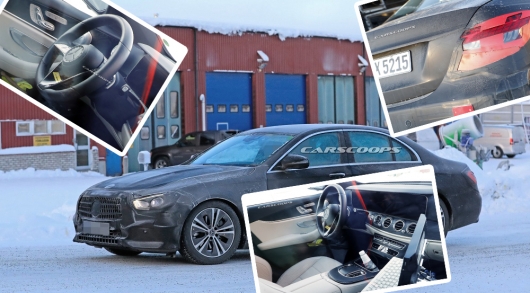 Mercedes is preparing a facelifted version of its E-Class current generation, which will bring a refreshed look front and rear design, as well as some notable improvements to the interior.

What’s special about it? Yes, almost all. Get at least the V-shaped bottom spokes or a strong lateral elements included in the circumference of the steering wheel rim. Now each of these items is made much “sharper”, more refined and as it rotated into the wheel. A glimpse of this same wheel we saw on the prototypes of the next-generation S-Class. 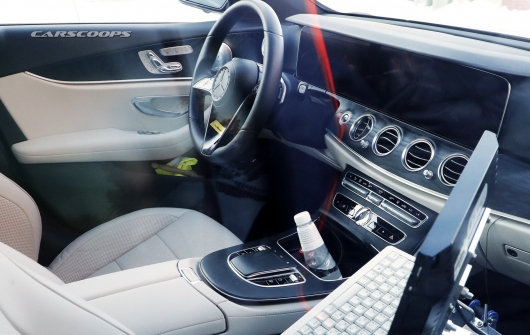 As for the Central part of the handlebars, it was much less than before. The diameter of the Central casing end does not exceed the diameter of the icon with the three-pointed star, nothing more. Besides the fact that Mercedes has finally made a really compact model of the helm (the modern trend has long been committed to minimalism in this area), there is speculation that this new steering wheel also has a significant practical advantage compared with the old models, in particular, is that it gives more space in the upper half of the instrument cluster, which should help to look at the entire cluster of digital sensors, as they say, with no spaces.

Other changes include a new touch panel and the latest version of the system MBUX automaker.

New restyling in the style of the CLS

Externally, the updated W213 E-Class gets new front and updated from an aesthetic point of view, the rear structure. Thus should be slightly less than completely redesigned front part of the business of the sedan that make it look similar to the latest generation of the CLS. Back, the changes apparently affected by the location of the lights (they are likely to become more horizontal), going to the trunk lid, as the CLS and new CLA.

While it is not so obvious, because the prototypes are apparently a conspiracy to use the old trunk lid.

Finally, in addition to improved software and perhaps some additional settings for their driver assistance systems, 2020 the face-lifted E-Class will probably not change much on the technical component. We do not expect any major updates to the powertrain as the current model already has the new inline six-cylinder petrol and diesel powertrains. 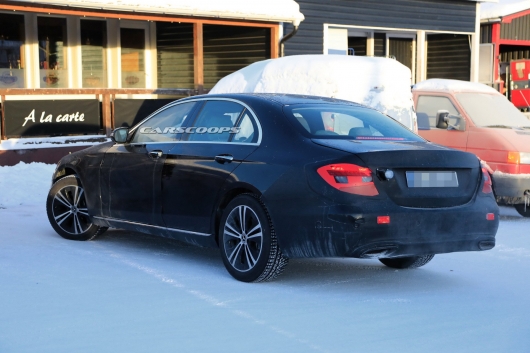 Mercedes needs to introduce the restyled W213 E-Class later this year as a model 2020.