In some cases, a fine camera illegal

The courts must prove a violation of controversial penalties 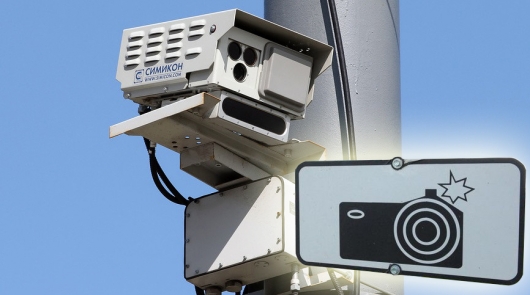 The Supreme court held that in controversial situations the judges must examine all the circumstances of the case and not be guided solely by the evidence obtained by means of photo – and video fixation, which often, can not even see what is the offence committed by the driver. That is, the violation of traffic Rules by the driver that the violation must be proved by state authorities and obligates them in accordance with the letter of the law and not to lay burden on shoulders of citizens. And, of course, one photo is not sufficient to prove the guilt of the driver. This is the conclusion reached by the Supreme court.

Based on the known facts of the past civil proceedings consider the most important part.

And so, in the Samara region the enthusiast (owner of car) received in the mail a notice issued the penalty from Centre auto-commit offences (CAFAP) for a traffic violation under part 2 of article 12.16 of the administrative code:

Turn left or turn in violation of the requirements prescribed traffic signs or road markings, –
shall entail the imposition of an administrative fine in the amount from one thousand to one thousand five hundred rubles.

The violation was recorded by the cameras photos and video recording. The fine was issued in the amount of 1 thousand rubles. But here’s the problem, as stated in the materials of the decision, a clear violation on the photos to find easy. Rather, it is quite impossible to identify – the car just goes straight and all. However, no video or explanation on the part of law enforcement to the “letter of happiness” is not included, the motorist decided to challenge the fine imposed.

If went fine with the camera, but you never see the offense, what to do?

Just on this question, and answered by the Supreme court in its ruling. Read more about this below. In a nutshell, it sent mail fine must expose the guilt of the motorist of the offending. Should always be clear evidence against the motorist.

For example, when the speed is exceeded, the letter should reflect the exact speed at the time of the violation, with an explanation about the current speed limit and exceeding the posted speed limit. For example, like this: 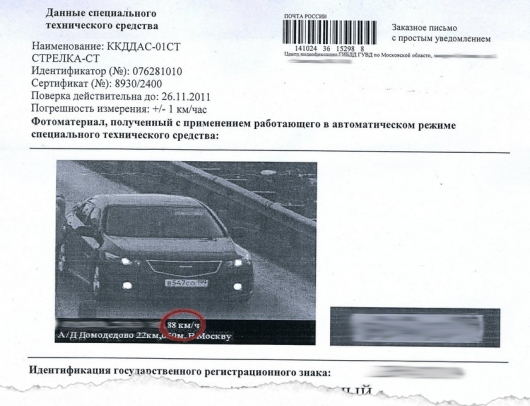 Or photo is in clear violation recorded on electronic media. Check for brake line, crossing a solid axis, movement in the opposite lane across double white lines or a series of frames, which show this action in raskalennoy “dynamics”. The photo where the car was to the right of the solid, the next he’s already on it, at the latest moves in the opposite direction.

If none of this photos there, that is there is no clear evidence, you can appeal the decision. Rather, we can say, you need to appeal imposed by cameras a fine if the violation is not justified from the point of view of the evidence and the law.

How to appeal against the penalty came from cameras photo and video recording?

Another interesting question, without which it would be difficult to find the truth. Give a few highlights:

1.To appeal against the fine has the right as the owner of the car, and his legal representative

2.To appeal the fine within 10 days of service of the decision

3.To appeal as directly to the structure, which fined: the Police and district court, if the decision could not be challenged in the traffic police or the administrator of a Parking space in major cities of the Russian Federation, if you are recorded on camera for Parking.

And so, back to the supposed intruder. Attempt to cancel the fine in court, for it brought nothing. The court of first instance considered that the driver made a left turn in violation of the requirements prescribed traffic signs 5.15.1 “direction of movement on strips”.

What evidence was considered? Reference to the written opinion of the inspector of automated fotovideofiksatsii CAFAP: “On the photographic material stored in the official database displayed that the driver of the vehicle “VAZ 21140″, the state registration sign <…>, made the passage from the right lane to the left, ignoring the requirements prescribed traffic signs and road markings”.

That’s all. No more tangible evidence the court was not provided. Moreover, the burden of proof was shifted to the motorist, which in the opinion of the court of first instance had to provide evidence of his innocence. Surprisingly, the motorist filed an appeal also found support. Support motorist found only in the Supreme court.

Sun said a number of peculiarities of the case and defects: 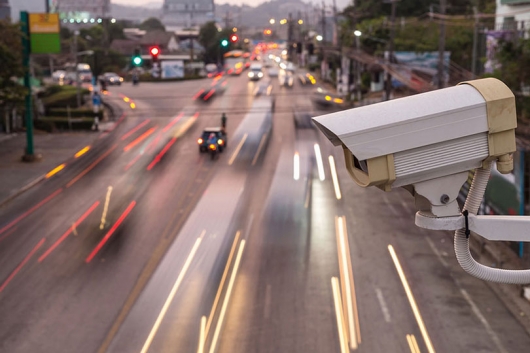 1. Did not specify what the violation committed by the motorist

2. “From these photos it does not appear the presence of a road sign 5.15.1 the “Direction of movement on strips”” reads the file. That is not visible signs and other road infrastructure, which would have expressly prohibited his movement to the left.

3. The courts of first instance has not requested a layout of traffic signs

4. “The official who issued the ruling in the case, at the hearing questioned was not the opinion of the Deputy head of the Department of CME CAFAP in the field of DD STSI GU MVD of Russia in Samara region on the complaint Astashina D. A. attached to the materials of the case in a copy, duly certified,” reads the resolution.

Coupled with other inconsistencies during the investigation by the courts (see the decision of the Supreme Court of 03.05.2018 N 46-АД18-5), the Supreme court came to the conclusion that the collection and analysis of materials was carried out Nematillo. Many aspects on which to judge the traffic violation is not identified or has not been proven.

“It is also necessary to consider the provisions of part 4 of article 1.5 of the Code of the Russian Federation on administrative offences, that of doubt about the guilt of the person brought to administrative responsibility, are interpreted in favor of the person,” says the decision.

The decisions of the courts were abolished, as was the ruling on the penalty. The proceedings on an administrative offence was terminated in connection with the expiration of the limitation period.