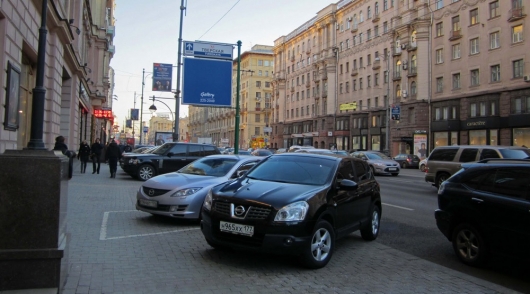 Muscovites and guests of the capital know that with Parking spaces in the heart of our country is doing poorly and the closer you will move to the center, the less chance there is to find at least a small free place even on the car, such as Smart. The problem is familiar to all cities in the world where number of vehicles exceeds all limits. The solution suggests itself is to restrict the entry of cars to the center and other troubled parts of the city. One of the effective methods in the world practice was the introduction of paid Parking. Not every owner will want every day to pay an expensive service, and therefore will use public transport that will reduce traffic congestion and reduce traffic jams.

On the other hand, for those who do not want to give up on the use of the iron horse, new problems arise – penalties. Not made a payment in the budget – welcome to the club to feel the full severity of part 2 of article 8.14 of the administrative code of the city of Moscow:

2. Failure to pay for placement vehicle on a paid Parking of the city –
punishable by an administrative fine on citizens, officials and legal entities in the amount of 2,500 rubles.

It would seem, well, not a big loss, because the penalties for the administrative violations Code can be paid with a 50% discount when they pay within the first 20 days. But alas, of the administrative code of the city of Moscow – a separate document, unrelated to the administrative code on some issues. In particular, a 50% discount in the city of Moscow for the early payment of the fine is not provided. Apparently this inequality sooner or later must come to an end, as several deputies (Igor Lebedev and the head of the Duma Committee on labour and social policy Yaroslav Nilov) made a proposal to the Moscow city Duma on elaboration of the issue “on introduction in Moscow of 50% discounts in case of early repayment of the penalty for unpaid Parking tickets”. About it reports the edition “Avtosklad”.

“Challenging the fine is a long process and in most cases hopeless: according to statistics, successful is only every 20th case of disagreement of the owner with the cash collection. Therefore, we believe it is necessary to bring the provisions of the administrative code of Moscow in accordance with the norms of the administrative code of the Russian Federation”, — quotes the words of Yaroslav Nilova “Avtosklad”. 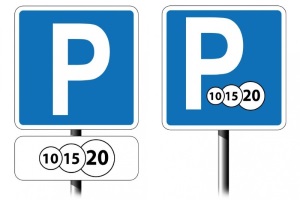 By the way, the Deputy from LDPR Yaroslav Nilov drawn on the matter to the Chairman of the Moscow city Duma Alexey Shaposhnikov for the first time. Two years ago, the question has been raised, but things are there: Discount on unpaid penalties for Parking is not distributed

Indeed, it was high time to equalize the rights of all motorists in the country. Yes, the capital is a rich city, but this does not mean that it live entirely millionaires. For many motorists, a similar discount would be far not superfluous, especially to get under the camera “Parkany” and a penalty is very simple. In a hurry it is easy to see the sign: How not to accidentally get into the paid Parking zone

Finally, we will add that as the number of paid Parking is growing exponentially and for the first time went beyond the MKAD (Moscow ring road), thus, the necessity of payment of the administrative code of the city of Moscow in full will only get worse.