In Korea burn diesel BMW: nobody knows what is the cause of spontaneous combustion

In Korea recorded the mass in case of ignition of cars BMW. 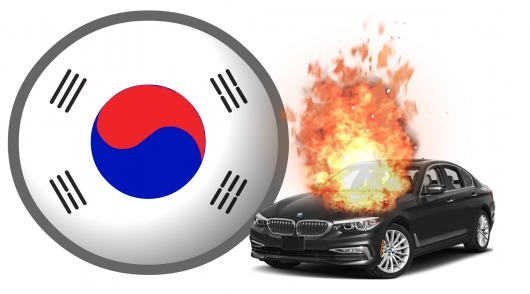 Every car owner has fears about their vehicle. We are afraid that the car will steal, she will get into an accident, it will fall comet, wood, brick, etc. But especially we are afraid of the ignition of the car, because almost always the car fails to save. But most of all now afraid of the fire, the owners of BMW in South Korea, where lately burned a lot of German cars. The worst thing is that nobody knows exactly what caused the fires.

In July alone, according to local media burned for 11 cars. With the beginning of the year has recorded 28 firings diesel BMW. Yes, the mystery is complicated by the fact that all the cars were indeed fitted with a diesel engine.

What happens and whether those who owns a diesel BMW to sound the alarm?

Here’s what we know at the moment: BMW sells in South Korea, a large number of German cars. Just think, that about 30 percent of all global sales of the BMW 5-series accounts for South Korea.

Currently in South Korea, according to local media, there is even a collective lawsuit against the German brand from the owners of diesel “fives” (BMW 520d) that are lit up from December last year until the present time. And according to reports, several Korean online publications, such as these owners even have won the claim in court.

But in fact, winning in court does not explain anything and does not prove. After all, it is still unclear why diesel BMW sold in Korea, massively burn. For example, similar cases in other countries to date, not fixed. At least officially.

At the moment there is a possibility that the culprit of fires in diesel German sedans was the EGR valve (EGR), which comes in a BMW 3-, 5-, and 7-series.

According to the Korean publication Chosunilbo currently in South Korea there are about 100 thousand cars of BMW with a defective EGR valve.

Opinion on this was divided. Some experts of the global market say that the model of the EGR valve which is installed on the BMW vehicles supplied to Korea is unique to this market. That is, many experts say that in other countries, the BMW used a different valve exhaust.

But other sources claim that the EGR valve is mounted on the BMW installs the same. That is, for any cars, shipped worldwide.

So, at the moment no one is sure why the Korean diesel BMW have a tendency to self-destruction. There is a theory related to the climate and errors in the software responsible for the emissions in the exhaust system. The fact that each country has its own environmental regulations. Therefore, automakers typically set up for each country, its level of emissions. This is done by adjusting the engine control unit. And it is possible that because of the peculiarities of the Korean climate and local environmental regulations, BMW engineers have tuned the engine so that it leads to fires. 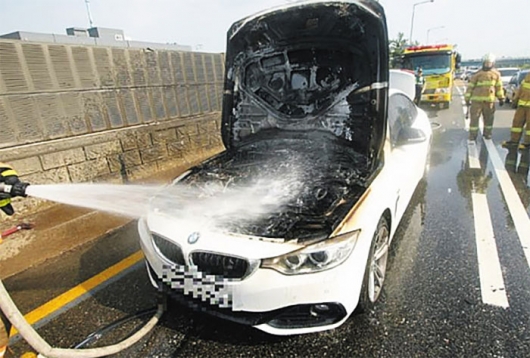 Though, it seemed, plausible theory that the culprit the EGR valve or incorrect configuration of the “brain” exact version is not so far.

As a result, in South Korea, the diesel BMW owners are afraid to drive their cars, abandoning their operation.

Also owners of other vehicles in South Korea were afraid on the road and in the Parking lot a BMW car, fearing that in case of fire German sedans will suffer and their car.

As a result, many owners of diesel BMW which had not refused to operate their machines constantly see your side glances from other car owners.

A number of foreign Western media already asked for official clarification from the company BMW in conjunction with the massive cases of self-immolation of their cars in South Korea.

Just in case we also want to warn the owners of the Bavarian diesel cars in Russia, to be careful. So, it is better keep the fire extinguisher handy. Although we note again that at this time, no similar case was fixed in other countries, except in Korea.