In cars, MIA and Regardie will change color and decals

Cars MIA and Regardie will be gray 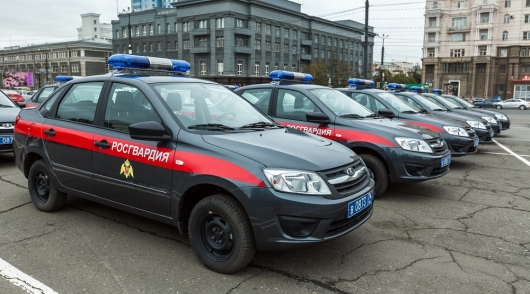 The government approved a new colour for vehicles of the interior Ministry and the Federal service of national guard troops of the Russian Federation (Regardie). This is stated in the published on the official Internet portal of legal information document.

The resolution, approved July 6, 2018 № 790 “About modification of requirements to vehicles of operative services used for immediate action to protect the lives and health of citizens” establishes that vehicles of the power structures of the new color scheme.

In accordance with the document, the police cars will receive two official colour schemes: the standard white or gray. It will be the main color. Thus, soon the roads will be found as a familiar police car in white-and-blue livery, and the blue-gray color scheme.

This is emphasized in Annex 1 to these requirements:

“the position relating to the police, after “white” add the words “or gray”.”

It is worth noting that police cars gray already meet on the roads of Russia. So this decision can only say after the fact legally enshrined in law the color of the cars interior, such as PPS, DPS, and other services from law enforcement agencies. In the end, the police cars can be made in the following colours:

For machines Regardie as changes are made. Cars of national guard troops of the Russian Federation can be like the gray with the “ruby-red” stripe (to date used this scheme) and grey or white with blue stripes on the sides passing through the centre. So, here is what can be now the cars Regardie:

In addition, the surface of the body will be caused to indicate “REGARDE” (title) and the heraldic sign – the emblem of national guard troops of the Russian Federation (for vehicles with a ruby red color contrasting decorative bands or panels) or the word “POLICE” and the departmental heraldic sign and the number or designation of the vehicle (for vehicles with blue color contrasting decorative bands or panels).

In the same document spelled out the position regarding bodies for control over turnover of narcotic means and psychotropic substances, it was excluded (the office is abolished and is now part of the interior Ministry), and with it goes into circulation a separate color scheme. 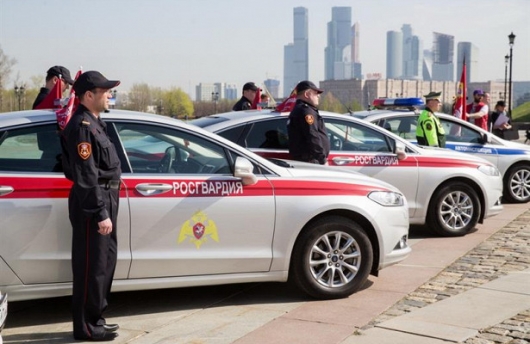