Audi plans to launch 11 new and redesigned models in 2019 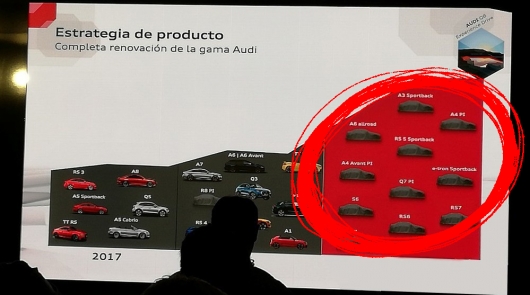 2019 calendar year, along with the coming year model Audi needs to bring big changes. Shown at the motor show in Paris innovations are a clear indication of this.

The company from Ingolstadt brought in the French capital completely new model, informed which waited thousands of fans. A1 Sportback, Q3, A6 Avant, and Q8 e-tron, and SQ2 and restyled sportmodel TT.

It would seem that after such a big update in the Audi needs to slow down a little, but no, the automaker will retain momentum into next year, it became known after the discovery of 11 new and redesigned models, which is what little is known, except for the issue date, the number and types of bodies. During the event dedicated to the latest crossover Audi Q8 held in Spain, the journalists Periodismo del Motor was able to detect the presentation of the starting lineup of 2019.

Before new products go, it is worth to mention another update, which in the random presentation not a word was said, including this model was shown at the Paris motor show – the face-lifted version of the R8. The exact date of the screening of this sports model is unknown, but the next motor show next month sounds like the perfect place. 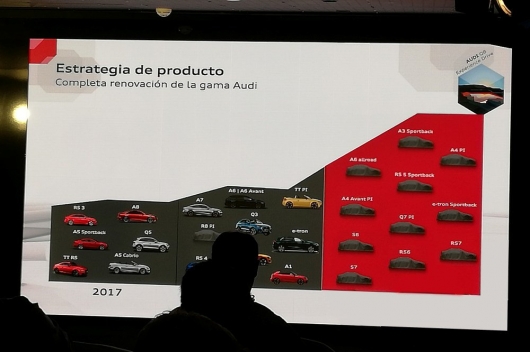 In the list of Audi for the year 2019 were: A3 Sportback, A6 Allroad, A4 restyling, RS 5 Sportback facelift A4 Avant, electrocreaser e-tron Sportback, facelift Q7, S6, RS7, RS6 and S7 model. Alas, to tell each version of the model range in detail we can’t, simply no original data, but from the list it becomes clear the following:

Downloaded calendar updates from Audi in 2019 will include the creation of the new A3 Sportback. A new model of the compact class will once again become a serious competitor for beginners like Mercedes-Benz A-Class and BMW 1-Series, don’t forget that from a large German Troika of Audi it was a pioneer in terms of creating compact cars.

New CD will be based on the MQB platform and will offer four-cylinder engines ranging from 150 to 230 HP, the new product will also feature the latest design language and brand technologies.

Restyling for A4 and Q7 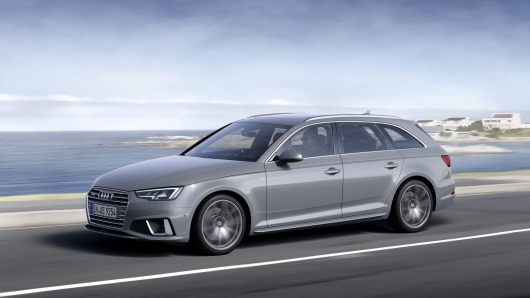 Moving on, you may find that the list also included sedan and wagon Audi A4. The first restyling since the start models in 2015 came this summer and brought the “slim” design updates and technical improvements. Despite what is already known, will look like a model, marketers from Audi decided to keep them until next year. Fortunately, the last coming very soon.

Another model, debuting in 2019, will be the Q7 SUV. Update the “average cycle” should consist of minor changes of style and equipment. To keep up with the new Mercedes GLE and BMW X5, the Q7 can also obtain security and assistance from the A8 and Q8. Finally, almost certainly going to happen the introduction of “mild hybrid” diesel powertrain. 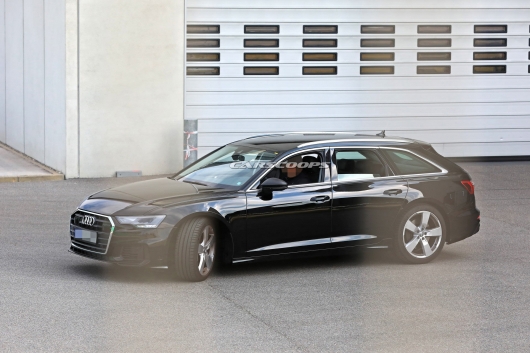 We also get three new members of the family Audi A6 in 2019: A6 Allroad, S6 and RS6 Avant. The first will receive the standard amplification, and a plastic body cladding, while the other two models will be equipped with 450-horsepower 2.9-liter TFSI V6 engine and a 605-horsepower 4.0-liter TFSI V8, respectively. The same engines will be used S7 Sportback and RS7 Sportback, which will be launched next year. 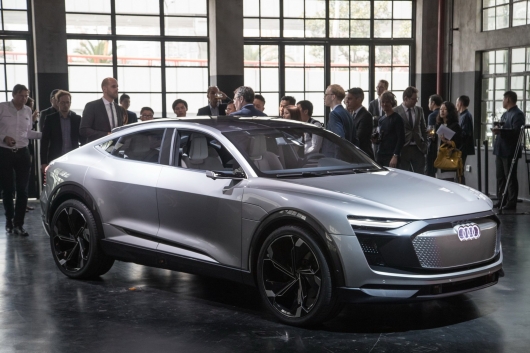 Although we have already seen this model, the RS5 Sportback will not come to market until next year, so it is also as the A4 included in the list. Finally, the e-tron Sportback will debut in 2019 as electric alternatives Q8 and sportier version of the regular e-tron.