If you can get behind the wheel after drinking kefir or non-alcoholic beer?

Will lose if the rights of the driver after consuming yogurt or beer “nulevka”? 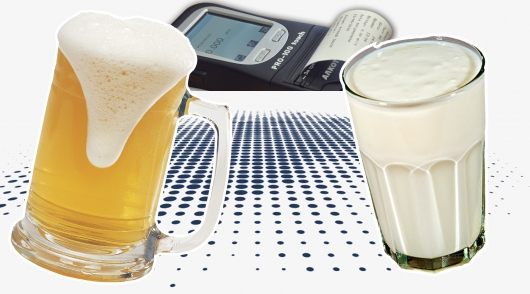 Have you noticed the barrage of advertising of non-alcoholic beer on TV and online? I have the feeling that in our country all of a sudden drinking beer, going to his alcohol-free counterpart. Of course, advertising has done its evil deed. In result, Russia significantly increased the demand for beer with zero alcohol content. Also increasing consumption of yogurt, which is truly a popular drink for many years. We all know what is really in yogurt and non-alcoholic beer still has a minimum ethanol content. Especially in yogurt, which stood on the table all day.

There is some minimal amount of alcohol in beer, according to the manufacturer as “my best”. In this regard, many motorists often have questions. So most drivers are interested in whether you can drive after eating these seemingly harmless drinks.

Also a lot of people think, and how much should you drink kefir or non-alcoholic beer to test positive for alcohol in the blood or the alcohol content of breath exceeded the maximum content of ethanol in the human body, causing according to the legislation provided for the suspension of driving privileges. Let us understand, is it dangerous, before you get behind the wheel, drinking kefir or non-alcoholic beer.

Is it possible for the driver to drink non-alcoholic beer? 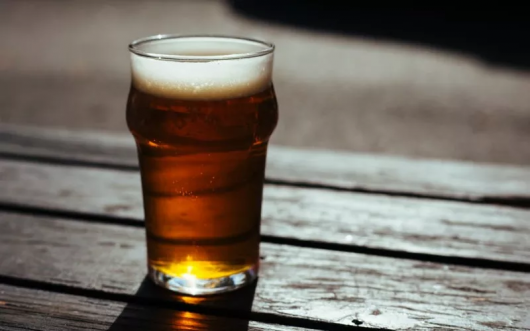 First, let us focus on non-alcoholic beer, which in our country became a popular drink, along with kvass, milk, yogurt etc.

In order to understand, is it dangerous to get behind the wheel after a few bottles of “my best”, you need to compare non-alcoholic beer with normal beer that contains a considerable amount of alcohol.

The only difference with non-alcoholic beer from the real is the absence of ethanol (alcohol), which, after brewing in the usual way removed in various ways. For example, some manufacturers of beer are removed from drink all of the alcohol by vacuum evaporation. Other through various tricks inhibit the fermentation (e.g., fermentation can be stopped through cooling, and also if you apply a special yeast). Including alcohol can be removed using special equipment, which has a special filter-membrane impermeable to ethanol.

It is worth noting that, despite the fact that the brewers positioned non-alcoholic beer as a beverage with zero alcohol content (“nulevka”), the minimum amount of alcohol in beer is still present. So when you use a fashionable non-alcoholic beer in your body still gets the alcohol. But in a minimal, non-hazardous concentrations.

Unfortunately, as you can see, to remove all the alcohol from the beer, and if possible, it is very expensive. Also the smallest amount of alcohol affects the final taste of beer. You understand that if the nonalcoholic beer had no alcohol, its taste, most likely, would be terrible. It’s like remove alcohol from kefir or kvass (see below).

So, according to the study, depending on the individual metabolism of a person, after drinking 500 ml of non-alcoholic beer in the blood can be from 0.02 to 0.06 ppm. Breathalyzer this alcohol level in exhaled air did not even register, showing the value of the zeros. Recall that most of the breathalyzer, which measures the ethanol content in the exhaled air can determine the alcohol content in an average of only 0.09 ppm.

It is also worth noting that, according to the methodical instructions of the Ministry of health for practical expert recommended the following approximate scheme for determining the severity of alcohol intoxication:

So, as you can see, drinking a few Beers, you are unlikely to lose your driving license for driving a vehicle in an alcohol intoxication.

Recall, to lose rights under existing legislation (which was recently supplemented by a maximum allowable rate of alcohol in the blood, when allowed to drive), you need to have a driver’s alcohol content in the exhaled air was more

0,16 milligrams on one liter of exhaled air or more than 0.3 and more grammes on one litre of blood.

Although it is not necessary to lose vigilance in the use of even non-alcoholic beer, which actually may turn out to be not quite soft. The fact that some beer makers sometimes produce not exactly non-alcoholic beer, what clearly indicates on the label the number of revolutions (percentage of ethanol) of alcohol. In this case, before you get behind the wheel, you should not drink such beer as there is a risk of exceeding the statutory norms, which is fraught with deprivation of the rights for drunk driving.

If the bottle of beer is no information about the alcohol content (the number of revolutions is not specified or marked with a zero value), we can use a similar beer before getting behind the wheel.

And, as we have said, even if you drink several cans or bottles of beer without alcohol, the breathalyzer the police will not find you have exceeded the permissible limits. Yes, in this case, the breathalyzer still may be, and determine the presence in your body of alcohol, but this rate is within the limits established by law.

If the traffic police will send you to the medical examination in a medical institution where you will take a blood (or invite the mobile laboratory), also after a few Beers in the blood will not be detected high concentrations of ethanol. Right in the end you will not deprive.

Is it possible for the driver to drink kefir? 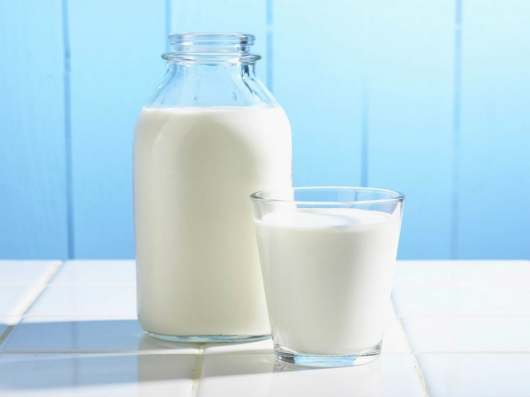 Another drink that is not haunted by many motorists. We are talking about popular Russian yogurt, which, according to the latest statistics, use 80% of the population of Russia. Traditionally this fermented milk drink in our country more popular than yogurt. In the West, by the way, eating yogurt is at the lowest level, since in many countries most often use yogurt.

It is truly a popular drink that is use all.

Also it is well known that normal natural yogurt has a natural alcohol content. That is why among motorists goes a long-known horror story is that after the use of yogurt in any case impossible to sit behind the wheel, as in the case of testing for alcohol breathalyzer can indicate the ethanol content in the exhaled air. But this is one of the most common myths among drivers. In fact, after drinking kefir breathalyzer, most likely, will not even show the alcohol content in exhaled air. Of course, if you do not drink a bowl or tub of yogurt. 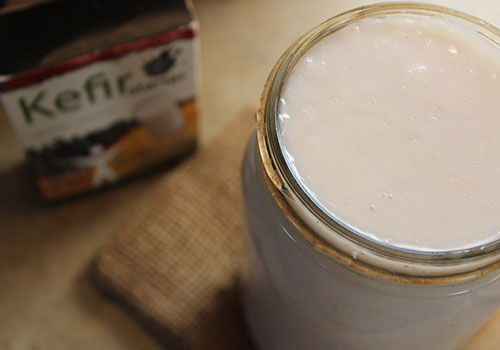 By the way, in Soviet times there also were rumors that eating yogurt helps slow and gradual addiction to alcohol. In the West, some scientists have even blamed our government, which supposedly facilitates the soldering of the population from an early age, teach children to drink kefir that contain alcohol. But after numerous studies it was found that the minimum ethanol content in yogurt does not affect the body of people, no matter what age they may be.

As you know, propagandists, claiming the harm of yogurt, based on the fact that the who has recognized the alcohol of potent drug leads (with excessive consumption) to the problem of alcoholism as a kind of addiction. Here on this ground, many started in the 70-ies of the last century to accuse our country in the soldering of children and pregnant women, who are often medically prescribed regular consumption of yogurt.

How much alcohol is contained in yogurt

Unlike non-alcoholic beer, which, in fact, removed all of the alcohol, but also stopped the fermentation, kefir is a more modified drink. So, in the technology of production of yogurt at the plant the alcohol content in kefir may be from 0.02 to 0.06. %.

By the way, from a school bench we know that the human body always has a natural alcohol content. In the end, the concentration of ethanol in the blood and liver is constantly changing. This alcohol is endogenous, it is natural that appears as a result of metabolic processes in the body.

It is noteworthy that some people found the particular metabolism in which a natural alcohol content of the body may be 0.5 ppm and even higher. But it is very rare.

And once in the body of any person (even the baby) contains endogenous blood then say that by drinking kefir gradually formed alcohol dependence, it is impossible. If this were so, then all of us from eating apples, cottage cheese, cheese, bread and other products would have long ago become alcoholics.

But the yogurt one property that is often overlooked. The idea is that if you hold yogurt in the warmth, then it immediately begins to grow, the percentage of alcohol due to the continuation of the fermentation process. 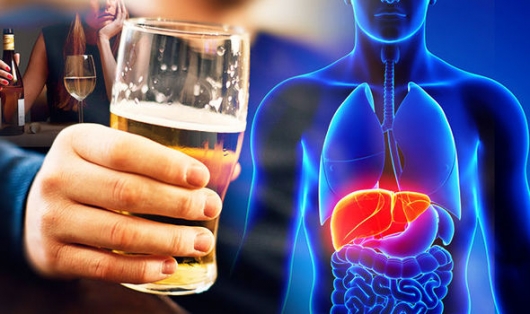 However, after a few days natural yogurt, produced according to GOST, simply go sour. So it is unlikely you will be able to drink spoiled yogurt that contains a lot of alcohol. However, it is not enough to breathalyzer the police have shown you a degree of intoxication, not allowing to get behind the wheel.

Nevertheless, we still would not recommend you, before you drive, use yogurt. Especially if he stood outside the refrigerator at room temperature from 18 to 30 degrees. If you drink a lot of this yogurt, then get behind the wheel after 10-15 minutes. This will be enough for the alcohol in the kefir, hatched from the body. Why so fast? The thing is that minimum concentration. Although, of course, most people, even 2 liters of yogurt will not affect significantly the concentration of alcohol in the body.

Here is an example of testing of drivers after drinking alcohol:

In 2012, drug experts from the Institute of prevention conducted an experiment in order to determine whether yogurt or drink TAN to give a positive result from drivers when tested on the breathalyzer.

It turned out that to obtain positive results kefir or tan should have a shelf life of at least several days. Earlier it was believed that to obtain a positive value of alcohol in exhaled air requires that kefir was with an expiration date at least 2 weeks.

In the end, the drivers who drank a two-day kefir, the breathalyzer showed an average of 0.1-0.2 ppm. However, after 15 minutes after drinking kefir or tan the alcohol content in exhaled air goes down to zero.