I twist-twirl, want to confuse: is it possible to leave the scene of an accident or not?

Why, even in minor accidents, you can’t leave? 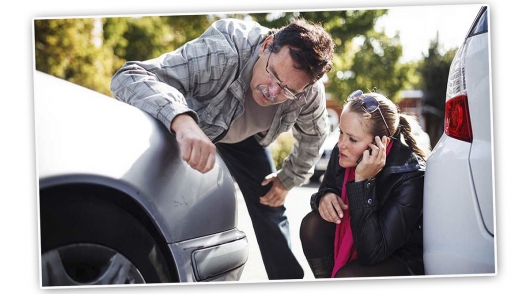 Probably, already heard all motorists that when a minor accident, the traffic police are now trying not to go to the place, advising the participants of the accident to arrange all by yourself by evroprotokol or record all pictures and videos, access for clearance to the nearest unit of GAI. On the one hand, evroprotokol not only simplifies the procedure of registration of minor accidents, but, in theory, should improve the traffic situation.

Indeed, in this case the drivers can make a quick fix, and removing cars from the roadway, to continue to arrange an accident, without disturbing other road users. And I must admit, place of the accident according to the europrotocol is becoming more fashionable.

But not all so happy as it seems at first glance. In fact, with the introduction of the possibility of registration of an accident on evroprotokol inspectors of traffic police now reluctant to go to the accident than put many of the participants of the accident in a difficult position. 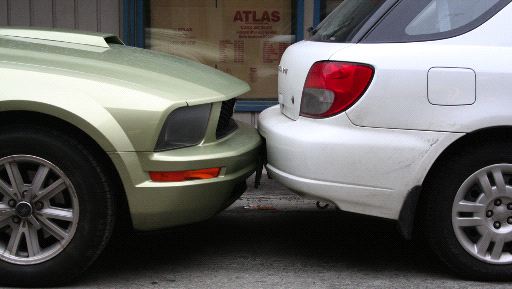 Not all language will lead to Kiev, and many, hearing on the phone, the refusal of the inspector to go for registration of an accident, calmly agree with it, not asking any questions, and most importantly – not knowing WHAT to DO. Alas, despite the fact that the traffic police are obliged to inform on the further actions of participants of road accident, often when the crew calls for clearance of an accident the drivers can only hear the failure in arriving on the scene of a traffic accident. In the end, the drivers themselves have to guess what to do. And in fact, irregular hours, unknowingly violate the law. But ignorance of the law, as you know, anyone from liability was not released.

This is especially true in those cases where the drivers in the end, blame the fact that they left the scene of an accident, grossly violating existing legislation. For example, last year in the country, the cases when motorists caught in minor accidents without the participation of the second party (for example, you scratched in the yard another car or hurt someone’s side-view mirror, damaging it), calling the police, I hear the denial of exit visas for the crew and also the advice to look for the owner of the damaged car for the purpose of registration of an accident by europrotocol. 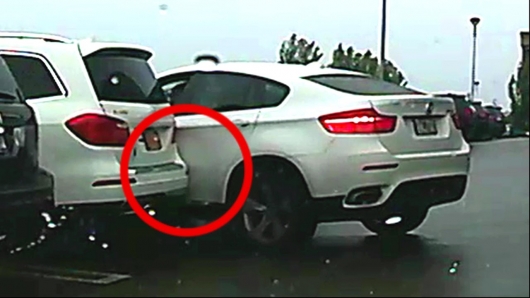 Now imagine, what if you’ve damaged someone else’s car (well, for example, got used), but I don’t know whose it is. Turning to the traffic police, you probably hear the failure in the arrival of the cops at the scene of the accident. It is quite possible that you don’t even explain what to do next. And well, if the owner of the damaged car will be next. Then consider you lucky. But often it is all according to Murphy’s law.

After standing for an hour or two, you understand that long waits can be up to the second coming, and eventually decide to leave, leaving a note for the owner of the victim machine with its coordinates. It would seem that you did decently. But, unfortunately, honesty is not always consistent with the country’s current laws. Remember that if you leave, leaving the scene of an accident, you have grossly violated the law with all its consequences – loss of driving privileges.

But then you need to do to the poor culprit? Do wait until you’re blue?

Well, first, traffic police officer with whom you should contact in case of an accident, had to explain the order of your actions, if at the scene of an accident will not be sent by police. But, as we have said, often the participants of the accident do not receive any instructions. As they say, the law you need to know (the order of actions in case of accident). Recall that if the traffic police don’t have an accident, you have two ways of registration of road accident.

The first is to arrange an accident by europrotocol, if the accident involved no more than 2 cars, and the amount of damage does not exceed 100 000 rubles, and the participants of the accident there is no dispute about guilt.

In addition, by accident evroprotokol can be issued in excess of the damage in 100 thousand roubles (but not more than 400 thousand rubles), as well as if among the participants there is no agreement about the circumstances of the accident. However, in this case get a crash if it happened in Moscow, in the Moscow region, Saint-Petersburg or in the Leningrad region, and only when a vehicle system ERA-GLONASS or when you commit an accident with the help of special software installed on a smartphone or tablet. 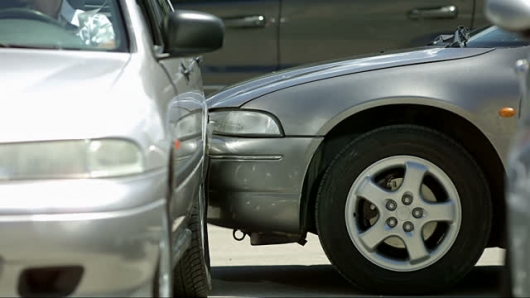 The second version of the design is to lock the car with the help of photos and videos (e.g. on phone) and drive up to the nearest branch for registration of the accident. But what if, for example, the culprit doesn’t know how to find the owner of the affected car? Then in any case can not leave the scene of an accident, not riding up in the traffic police after the driver reported that the police will not be sent to the scene of the accident.

That is the culprit even in the absence of the injured party must record a photo or video of the cars and arrive to the traffic police to record the accident. If you leave and the next day to appear in traffic police it will be a clear violation of the law – leaving the scene of an accident.

How can you prove that you are not specifically hiding from the accident scene?

The worst thing is that under the hot hand of the law often get drivers that are not specifically fled the scene of the accident. View the statistics of the magistrates ‘ courts over the past year and you will be astonished how many drivers were deprived of driving license for leaving the scene of an accident.

Somehow I can’t believe all these drivers specifically decided to leave the scene of the accident. Yes, there are those who knowingly left the scene of the accident to avoid responsibility. But, unfortunately, many of those who were attracted to administrative responsibility because of ignorance of the law and because of the negligence of the traffic police, which is in communication with the perpetrator of the accident has not explained the correct order of actions of the driver in case of absence on the spot of the injured party.

But what if you were in such a difficult situation and for leaving the scene of an accident, you face a deprivation of rights?

Well, first, you must prove that you did not intentionally leave the scene of the accident. To do this, bring indirect evidence, called the police, reporting an accident, are left on the affected car your coordinates to contact for further processing of accident and compensation, etc. 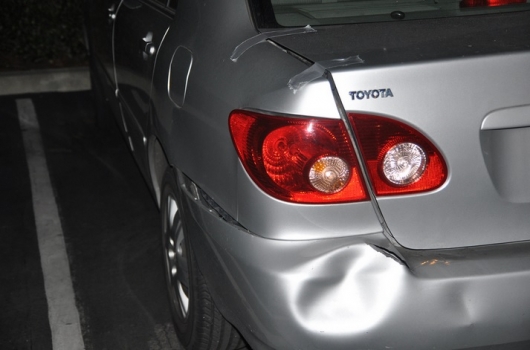 Secondly, you need to try to prove that when you call in traffic police you did not explain, as required by law, your further actions. This, of course, hard to do, of course, if you can’t write a conversation with the traffic police. But nevertheless everything is possible. Your task is to convince the court that you left the accident scene of desperation and not malice. And I am glad that often the courts meet the drivers. It’s a pity that not always.

What to do if you have damaged in the Parking lot of the restrictive fence, bollard or barrier? 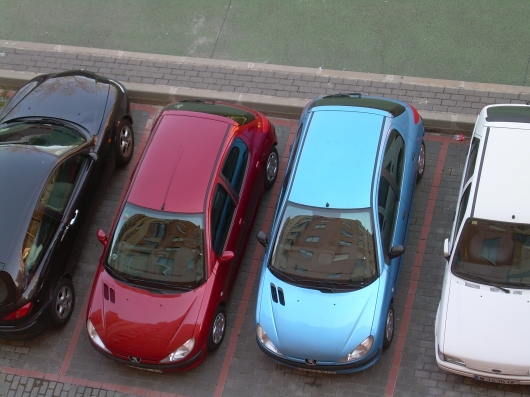 Also, very often in Russia accidents happen in Parking lots. Unfortunately, many drivers think that hitting a column in the Parking lot, you can safely leave the scene with minor traffic accidents. But it is fraught with deprivation of rights.

The fact that no matter how an object in the Parking lot or the road you have encountered. Time encountered is the accident, which in the case of damage you need to register. Usually, if this happened in a closed Parking lot (for example, near the shopping center), you must figure out who is the responsible owner of this Parking space in order to make out accident.

You can also leave your coordinates the protection of the shopping center with the purpose to indemnify the owner of the car Park. If you leave the Parking lot owner or his representative may cause the inspector of traffic police for registration of accidents. In this case, it will be assumed that you left the scene of the accident. Well, you will find simple. You know that we have long been living under the gun cameras.

In conclusion, I would like to note that we raised today, the issue applies to all drivers. After all, each of us can be in the same situations that we have described in this article. To avoid this, memorize that you should do in case of an accident (including study in detail how to arrange an accident on evroprotokol and what to do if the police refuse to come to make out accident, and you don’t want to commit accidents on the simplified procedure). 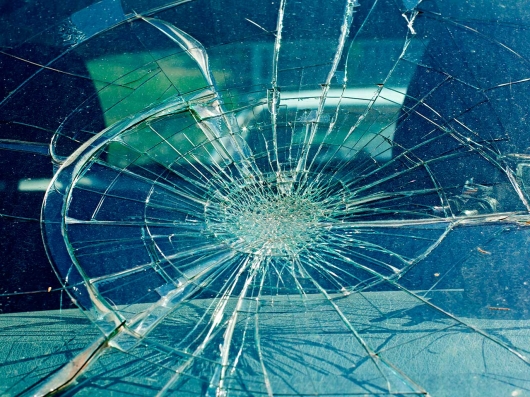 Unfortunately, our legislators, though the idea is correct (accident on evroprotokol has long been documented in Western countries), but, as always, all turns out as something special and crooked. Everything is creaking. Though the growing popularity of this form of registration of accidents, but to say that people understood the benefits of the Euro Protocol, before.

You ask 10 people from the circle of his acquaintances motorists, do they all know in what cases it is possible to issue a European Protocol, and you will be surprised that not many are aware of this. And to blame here, not just drivers. Is the introduction of our authorities evroprotokola it was impossible to promote it through a variety of propaganda on TV, radio, etc.?

Also it would be possible to develop manuals and distribute them to all car owners seeking some favour in the traffic police. You see, and the popularity of the europrotocol today would have been twice. But no. Our powers that be have introduced the possibility of europrotocol, the traffic police did some little-known benefit in the form of a Word file that does not open on many mobile devices, and all. And further though the grass not to grow. Sort it out yourself. But we will not simplify the situation on the road and we long to get used to the simplified procedure of registration of accidents.

You see, even today, with minor traffic accidents still cause a DPS and sit for hours waiting for them to clearance the accident. It is clearly said that people are afraid to arrange an accident by europrotocol. And this is an obvious omission on the part of those who introduced the relevant law. It is not enough to invent and make the law. Must also be able to make it work effectively.