How VTEC works: an Example on a real Honda engine

Here is a good explanation about the structure of the Japanese engines VTEC Honda. 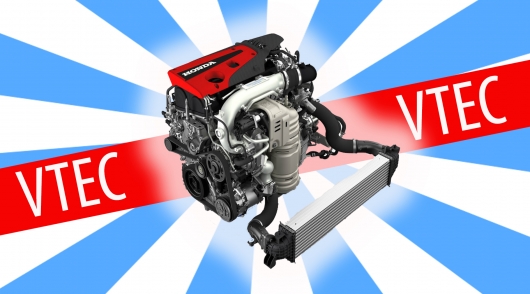 If you are a car enthusiast you’ve probably heard the term “VTEC”, but you might not know what it means in the industry. If so, there’s an interesting explanation about the structure of this type of engines that produce Honda.

VTEC is an engine with adjustable valve timing system. For example, the system Honda uses in their engines. VTEC is the acronym (abbreviation) Variable valve Timing and lift Electronic Control.

In the world there are many different systems with variable timing system (changed the course and time of movement of the valve).

Basically, VTEC is a technology that uses the intake and exhaust valves of the engine, controlling the volume (and velocity) of the gases which enter the cylinder in and out of them. The Latin letter “V” in the name of the motor means Honda’s Variable valve (variable valve).

In most conventional engines, the stroke of the valve usually has a standard size. Engines VTEC valve can change its course between the different levels.

Changing the VTEC system oil pressure allows you to switch between different Cam profiles, pushing the valve to the power unit. For example, at higher engine speeds the Cam profile allows to increase the valve lift. This allows you to give the engine more oxygen, resulting in generated more horsepower.

VTEC engines appeared in the late 1980-ies. Since then, Honda used these power units on many of its cars, including the NSX, Integra Type R, S2000 and Civic Type R.

By the way, Honda engines with variable timing system different from the motors of other companies.

So, most of the other manufacturers to change the timing use the increased oil pressure and change the angle of the camshaft relative to the pulley that allows you to set the system-defined ignition (early, later, middle). The VTEC system Honda uses an entirely different principle of operation of the timing system.

The explanation of this process, words alone are not enough. Best of all, of course, if you view a few videos explaining what it’s for Honda engines with VTEC system.