How to set up Bluetooth in the old and new car

Here is how you can customize in your car Bluetooth. 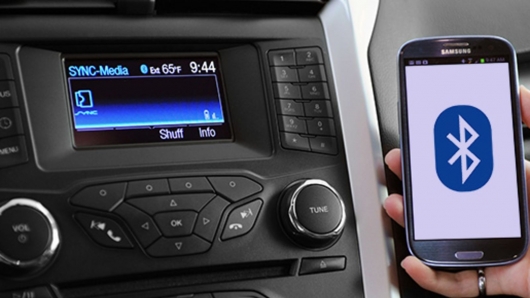 Perhaps you bought a brand new phone. Maybe your phone again came the OS update. In any case, the result is the same: you can’t connect your smartphone to the car via Bluetooth. Especially if your car is old. This means that you have lost the opportunity to listen to music from your phone, make calls Handsfree, receive messages directly on the screen infotainment system, etc.

Fortunately, you have several options to correct this problem, starting from the most simple methods that do not require financial costs, and ending with the expensive purchase of special equipment.

Don’t worry if you have to spend. After all, using special equipment, you’ll have to deal with cables and the process of using the phone in the car via Bluetooth is incredibly convenient. Especially when you are driving behind the wheel.

If your new or fairly recent car stopped to connect your fancy smartphone to the car via Bluetooth, maybe it’s not in the phone, and the infotainment system of the car that needs some updating then you will be able to restore its functionality.

Then you need to visit the website of the manufacturer of your car. Then look on their website support pages where usually the car manufacturer keeps all the necessary information about your specific car. Check whether your car is a software update for your stereo or for your infotainment system.

If you are confused, because the manufacturers don’t often make the update process clear, you can call the local dealer, who is obliged to tell you how to check whether a software update of any systems in your vehicle. Yeah, maybe on the phone you do not say. Then you will be able to come to the dealer where your machine connects to the computer and check whether there are any updates for your machine.

They can tell you that to install the software update for the car they have. And almost certainly this will be so, even if you can do it yourself by downloading the free update from the website of the automaker. 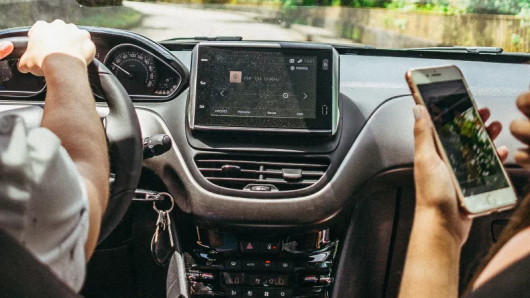 And the software update at the dealer will be offered free of charge. For example, our colleague recently asked one of the dealers of popular in Russia car brands to update infotainment system, which filed for renewal 7000 rubles + VAT. In the end, the colleague he found online updates and self-installed them. Here’s how you can update the software of the infotainment system in your car:

Connect your smartphone to the car using another method 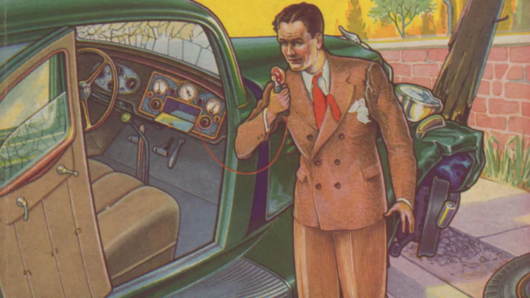 If you’re lucky, that stereo system in your vehicle may be equipped with a AUX port-3.5 mm. This connector is familiar to us on the stereo headphones. Few people know that by using this connector, you can connect your smartphone to the car to listen to music on regular audio system of the car.

If your car has no such connector, then unfortunately, your car is already quite outdated. In this case, most likely, your car has a cassette radio. But in this case you shouldn’t get frustrated and give up. Did you know that even with a cassette recorder you can connect to your car phone? How is this possible? Yes with a special cassette adapter in which is integrated a 3.5 mm cable.

If your car is more modern and is equipped with a USB connector, but not the regular infotainment system or stereo system has Bluetooth for connecting a smartphone, then you can try to connect the phone to the USB connector, which is likely in your car are made not only for charging your electronic devices.

Yes, of course, it is possible by connecting the latest smartphone to the USB Jack of your radio or infotainment system of the car not having Bluetooth, you will not be able to use such features like Android Auto or Apple CarPlay, but nonetheless will still get some functionality of integrating your smartphone with your car. At least listen to your music from phone to car stereo easy.

No, connecting the phone via the 3.5 mm cable to car or to a USB connector in the car without Bluetooth, you are unlikely to be able to make and receive phone calls through your car stereo. But at least you will hear on the speakers of the car your favorite tracks and podcasts. 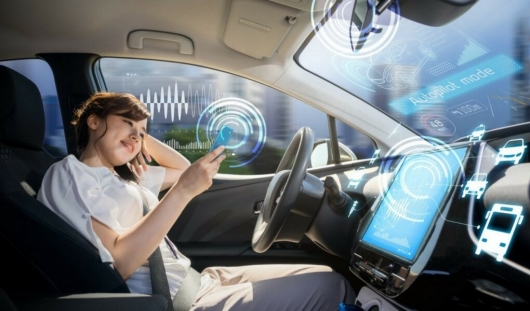 However, in this connection there is a disadvantage. If while listening your favorite music to you phone, you have to break the law. You have to, awkwardly holding the phone not to disconnect the cable to talk in an uncomfortable position. Don’t forget that this is a violation of applicable law, since under the administrative code, to talk on the phone while driving is prohibited.

But if you are driving a car not of the administrative code, and really think about road safety, you should know that this way of talking on the phone is very dangerous, as distracting from the road. So, according to numerous studies, it was found that talking on a cell phone while driving reduces the reaction of the driver to a level of mild intoxication. That is why in our legislation there is a responsibility for driving while talking on the phone.

Many motorists know this and try to avoid talking on the phone. But, unfortunately, there are those who do not use the phone only when passing by police. There are a lot of drivers who believe that, including on speaker phone, they do not violate the law. But it’s not.

Additionally, if you connect the phone to the car via the wire, which, as a rule, short, to answer the call and turn on the speakerphone on the handset, you will need to hold your smartphone in an awkward position between your face, ear, fearing to constantly disconnect the phone from the wire. Agree, very uncomfortable, but also dangerous, because such an awkward situation even more will distract you from the traffic situation.

In this case, if you are extremely important to answer the call, it is better to disconnect the cable from the phone, stop and turn on the speakerphone.

If it is not possible to stop the machine, then reduce the speed. And in any case do not use your smartphone in the usual way. Talk on the phone enabled with Bluetooth. Your phone conversation must be as short as possible.

You’ve probably heard that there are adapters that allow you to listen to your music from your smartphone in the car, where there is neither Bluetooth, nor any connectors for external devices. How is this possible? It’s simple. These adapters are inserted into the cigarette lighter of your car, you catch Bluetooth music from your phone and transmit it via an FM transmitter through the radio channel on your car stereo.

Using a similar adapter to hear music from your smartphone, you only need to set a specific FM frequency on the radio of your car. Most interesting is that these FM adapters not only will you be able to listen to music on the stereo system of your car, but also to hear the caller during a call. That is, in fact, it is a kind of speakerphone while driving. Yes, not full, but still.

By the way, modern FM adapters that are installed in the cigarette lighter, have as far as connectors, which you can use to charge your phone. This is important, because when streaming music or caller’s voice Bluetooth radio on your smartphone’s battery will run down like an old iPhone. If you don’t want your phone kept going dead and was permanently connected to a charger via the cigarette lighter, you can purchase a FM adapter with 3.5 mm connector, connects to a smartphone to stream music. In this case your phone will not drain your battery.

If the head unit of your car is outdated and has no connectors for modern smartphones or tablets, not to mention the Bluetooth system, and you don’t want to buy different adapters, there is another option: to change the standard audio system on the modern, the benefit of such opportunities today are rife.

Yes, the new non-standard car radios are not very cheap. But you’ll get the latest multimedia system in your car, which not only can use Bluetooth connect with your smartphone, but also opens up the door to the world of modern multimedia features in the car such as watching a video on the multimedia system screen, music from memory cards etc.

By the way, a screen similar multimedia can be turned into a help system when reversing. For this you only have to buy a cheap video camera that must be installed on the trunk of the car and connect it to your new head system. In the end, you will get a perfect picture back on the screen of the new car.

The most convenient, that choosing which new multimedia system to purchase, you are going to pick out what you need. Naturally, you will not overpay for an expensive car stereo, most of the features which you don’t need. You, of course, buy a multimedia system that best fits your needs. However, I do not advise you to buy a cheap Chinese head units if you don’t want to a pain. It is best to choose products of famous brands. 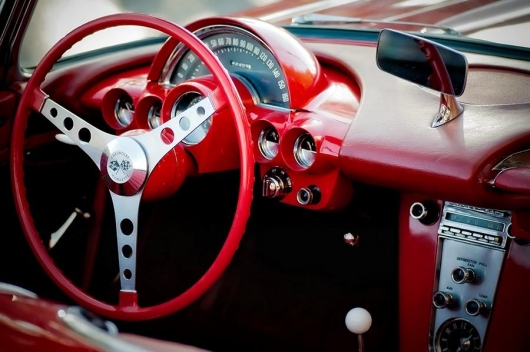 Only in this case get ready to pay for such devices round sum. If still you are not able to buy expensive infotainment system and you have enough money only for the Chinese multimedica, then before spending your hard earned money, read reviews online. So you reduce the risk to throw your money away on the wind.

Unfortunately, not only the cost of a new modern head units can be a barrier for many owners of old cars. Note all the modern infotainment and multimedia systems. As you know, all of them became quite overall because of the larger screens. Unfortunately, many of the older machines for them there is simply no physical space for installation.

But the true lovers of quality stereo music in the car and admirers of modern technologies is not stopping. Here’s an example of how a motorist solves a similar problem.

For those who stereo in the car is not necessary

If you just need a way to make calls from your smartphone without holding it near your face while driving, you will be able to choose a simple Bluetooth speaker that you can mount anywhere in your car. For example, on the sun visor. Here’s how it looks: 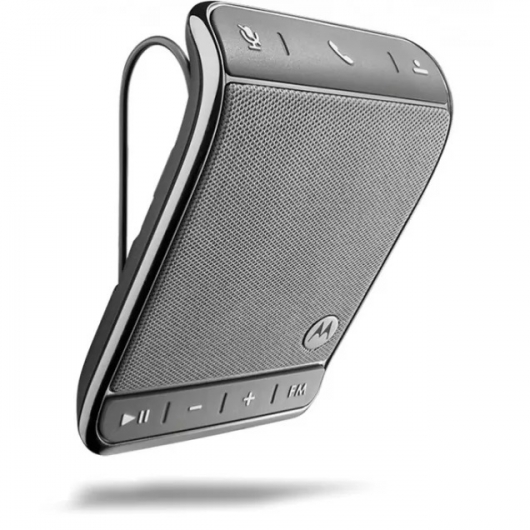 A device such as this is not really suitable for streaming music from your smartphone. So, of course, the sound on this device is not ideal. But it’s enough to hear it while driving the voices of their friends, relatives, and other subscribers.