How to safely drive on the highway?

The highway is not as secure as you might think at first glance. 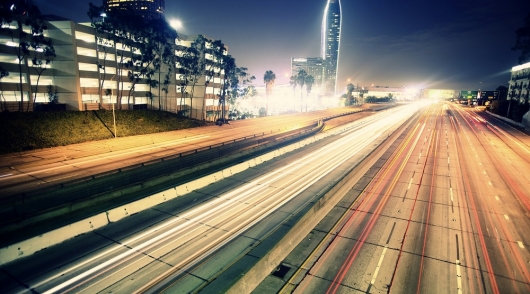 Motorway are among the safest road category. They have no intersections (junctions), strong bends in the road, and they are well equipped. Including many highways today are equipped with rumble strips separating the oncoming lane. When we go on the highway, then generally relax, and our various gadgets (phones, tablets or navigation devices) warn us in advance about traffic jams and accidents on the road. In the end, by definition, an accident on the highway must be very rare. But it’s not. Unfortunately, according to statistics, the Russian Expressway are among the most dangerous in Europe.

What’s the problem? Why where there less risk of having an accident, drivers still often fight? Maybe our roads are enchanted? In fact, no miracle in this. On highways we are moving much faster than on conventional streets. In addition, we are relaxing, going on the highway. However, many motorists forget when leaving the motorway on the need to switch to a different technique of driving, associated with a high rate. Also when going on a highway each driver must follow some rules that we want to remind you.

At the exit of the motorway use the entire length of the ramp to smoothly and carefully integrate into a moving high-speed flow of vehicles. But remember: in order to safely integrate into the main stream of traffic, you must first collect a certain the speed with which the move most of the cars in the far lanes. For this and there are lanes which flow smoothly in the extreme lanes of major highways. That is why the road builders are trying to do the overclocking strips as long as possible, to the drivers travelling on the highway, there is enough time to gain some speed to safely fit into the flow of other cars.

Give way to other drivers entering the highway

In turn, if you are already moving on the highway and see a car that rides on the upper stage, the strip with the aim to integrate into the main traffic lane, try to help facilitate this task. How? Simply, if you have the ability to reduce speed or move into another lane. This way you not only help the other driver, but also reduce a risk to get into an accident through the fault of the careless driver, who left abruptly in front of you from the road. Remember that we are all human and are people driving their cars. And so we are obliged to help each other. Don’t forget: the road is no place for ambition and it’s not a Boxing ring.

As on any freeway speed is usually much greater than on regular city streets, you should definitely at departure on a highway to increase the distance to other cars in case you have to emergency brake because of the sudden stop of the car ahead of you. Otherwise, you risk to face with him.

Including remember that the higher the speed, the longer braking distance of the car. In addition, always consider the weather conditions and the quality of the road surface. For example, in rain or snow braking distances of any car can increase almost twice. So in bad weather always increase the distance. Especially when driving on the motorway. Also always consider your driving skills. You must know and feel, whether urgently to slow down. Each driver must be able to rationally assess each traffic situation.

Do not exceed the maximum speed

In Russia on the roads of the A1 (motorway) according to the Russian legislation permitted a maximum speed of 130 km/h. On conventional highways the maximum speed can only be up to 110 km/h. For example, on the Moscow ring road, maximum speed set at 100 km/h. Of course, if you exceed the speed by just 10 km/h, you will be brought to administrative responsibility, because when speeding up to 20 km/h in the Russian legislation responsibility is not provided. But this does not mean that you should ignore traffic signs, speed limit and General traffic Rules, which relate the maximum speed allowed on certain roads.

But did you know that, for example, on motorways under paragraph 16.1 SDA RF you can’t move less than the minimum set speed (40 km/h)? Here is an excerpt from the rules:

On motorways it is prohibited:

And this is logical: low speed on the highway – the same threat to all road users, as traffic at speeds greater than allowable.

Move at the speed depending on road conditions

The fact that on some motorways the law allows to move at the speed of 130 km/h does not mean that you can move with such speed throughout the highway. For example, in difficult road conditions (rain, snow, fog) the speed must be reduced. Remember that if in such circumstances, moving with the maximum allowed speed, you are at fault will get into an accident, you may be found guilty due to the fact that you did not reduce speed according to road conditions and weather.

Never drive backwards on the highway, passing a turn, etc.

This is a real plague in recent years. And not only on the Russian roads. Face a similar problem, including in Europe. For example, are more and more frequent serious accidents caused by drivers who, after a turn or on the highway, decided to return to Congress to reverse.

But in any way the reversing in the direction opposite to the major movement is the most dangerous maneuver that can be on the road. And don’t think by turning on the hazard lights, you securely protect your car, like sprinkle a little Holy water on him. Believe me, triggering an alarm won’t help you. Especially if someone decides to speed to overtake some car on the right. Can you imagine what kind of accident can get? So, missing a turn or exit, continue driving to the nearest junction, where there is a safe u-turn. Remember that it is better to lose time and extra fuel than to be in an accident.

Use the left lane only for overtaking

Some drivers who used to drive in the left lane – I believe that they do not violate the rules, since trying to move at the maximum speed allowed. And if so, then according to the SDA no one can overtake. Accordingly, many believe that do not violate traffic rules. But it’s not.

Especially if we’re talking about multi-lane highway (3 lanes). In this case, according to the Rules of the road drivers are permitted to occupy the left lane only in heavy traffic when all lanes are occupied by other vehicles and for overtaking. In other cases, drivers are not allowed to drive in the left lane, except when overtaking manoeuvre.

So try on the highway to go to the left lane only if you want someone to overtake. 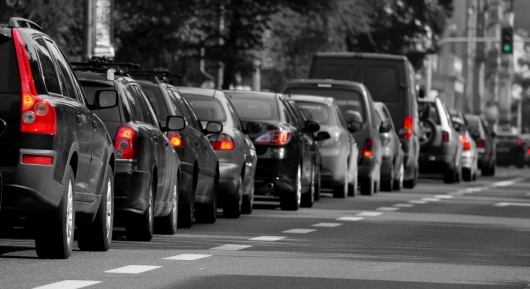 If you are approaching a gas station, where they plan to get out of the car, do not turn sharply with the speed of the strip in the right lane on the highway, if he had just noticed a gas station. So you can provoke a major accident. Remember that because of the high speeds drivers of other vehicles will not be able to instantly reduce the speed that can be fraught.

If you brake hard to readjust to the right lane, the driver behind the running car may not have time to slow down.

Note that stopping on the highway is allowed only at special congresses and filling stations. However, if you have to stop (for example, your car broke down or crashed), then pull to the curb (barrier) as close as possible. Next, your task is to get out of the car, set the emergency stop sign in accordance with traffic regulations and to climb over the bump. If you stay in the car waiting for help or are you going to stand outside near a car, much risk. If you are outside of the village in the dark, according to new Rules of the road you are also required to wear a reflective vest.

In particular it needs to do and all your passengers.

Give ambulances and other special services

Driving on the highway, you have to remember that according to the Rules of the road you must yield to cars of operative services (ambulance, fire vehicles, rescue service, police cars, etc.). And to give the lane you are required, even if the machines intelligence is the ability to overtake you on the left or right.