How to lift a motorcycle: an important life skill which should learn any biker

In most parts of Russia, the season has long ended, but there are in our vast country where motorcyclists feel at ease even in the winter. If snow falls, it is considered force majeure. We of course are talking about the South of the country: where the city of Sevastopol, Sochi, and other southern Mecca for bikers to ride two-wheeled transport for most of the year.

But despite favorable climatic conditions, the bikers should not relax here. Because you never know what might happen in the way an emergency situation can easily turn into a real accident. This means that the bike will be on the side. And well even if affected only the iron, not the rider. But there instantly arises the vital question: how to lift a fallen bike? Harley-Davidson told me how to lift even heavy bike. It is interesting that this task can handle even fragile girl. So shakes on a mustache and remember!

First, make sure the engine is off. This may seem obvious, but people are often disoriented after I put the bike on its side, it may not be clear. Thus you will prevent a engine overhaul due to oil starvation.

Step two. If the motorcycle fell on the right side, put the stand. It will save you in that case, if while lifting you slightly overdo it and the bike will tumble on the other side too much. If the fall occurred on the other side, where the legs stand there – take the motorcycle lift to more closely follow the angle of elevation.

The third important detail – make sure that you enable the transfer. So your bike is not going anywhere from you will be on the wheels.

Attention! Ignoring any of these nuances can lead to a re-drop!

How to put a heavy bike on the wheels even if you are a fragile girl? 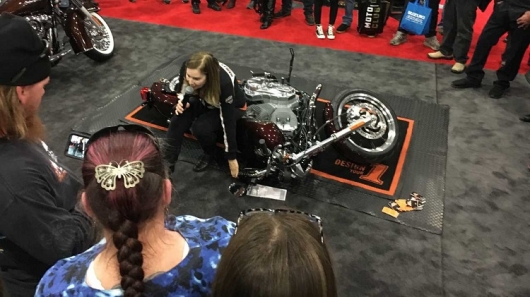 If the motorcycle is lying on his right side.

Sit on the edge of the seat as close as possible to the front of the bike. Grasp the handlebar with your left hand, grab right behind the frame or structural member that will not come off, for example, for the seat. 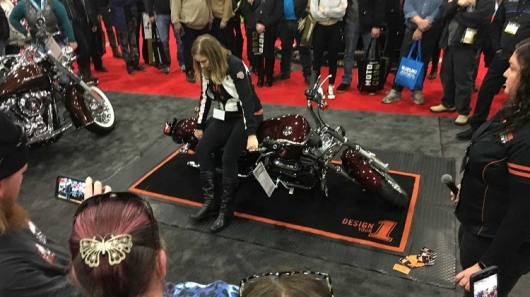 Begin to rise. Important! In any case, do NOT lift the bike with your hands or back. Here the power is not needed. The point is to raise lazybones using the strongest muscles of the body – your feet.

Here’s how it looks on video:

Video taken from the YouTube-channel Motorcycle Shows in 4k

How would go back down, as long as both wheels touch the ground. The bike will still be at an angle, when it happens, so at this stage you haven’t finished.

Lower your butt to the centre of the seat, prejudices right hand for the grips, if you are uncomfortable – will continue to push the bike with their feet. 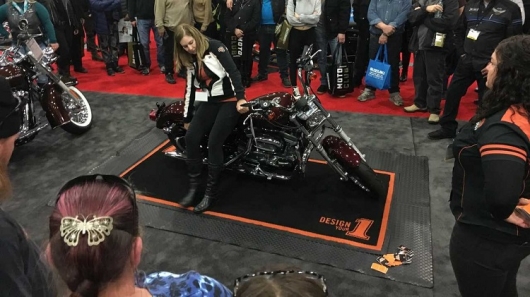 If you have a high bike (or you are too low) you may need to sit on the seat not in the center, and below to continue to pick up the bike further. Visually monitor the lift, and as soon as the bike will be upright, he will either run into the footboard or if the footboard on the other hand, you can easily capture the worth of the bike and roll it back to a safe place.

As you can see, this technique of lifting works for you physics and a course in physics in the 7th class. The simplest system of levers – what’s effective!

Good luck on the road! Don’t fall and stay on the horse!