Is it profitable to travel to Russia on cars with Armenian license plates? 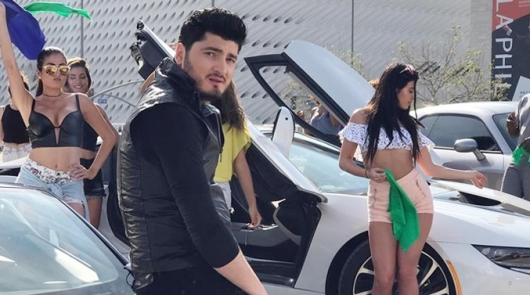 Have you noticed that on the Russian roads every day becomes more and more cars with Armenian license plates? If you didn’t notice, I advise you to carefully watch the traffic on the motorways. Sure you in a short period of time will definitely meet such “guests”. What is it? Mass migration of people from Sunny Armenia to Russia? No. It’s much more fun.

The fact that in Russia a flood of Armenian bonded vehicles, which under current law can be freely used by any drivers (including the Russians) on the territory of our country without paying Russian customs duties.

But how so you ask, why Armenian cars are allowed to move to Russia without customs? The fact that Armenia now, like Belarus and Kazakhstan in the Eurasian economic Union. We will remind, Armenia joined the Union of Russia, Kazakhstan and Belarus 3 years ago.

In the end, according to the international Treaty of our country with other countries of the Eurasian Union, there are certain rules of import of vehicles in the countries of the Union. In particular, the cars of these countries can be imported without payment of customs duties on the territory of Russia and free to operate on public roads. 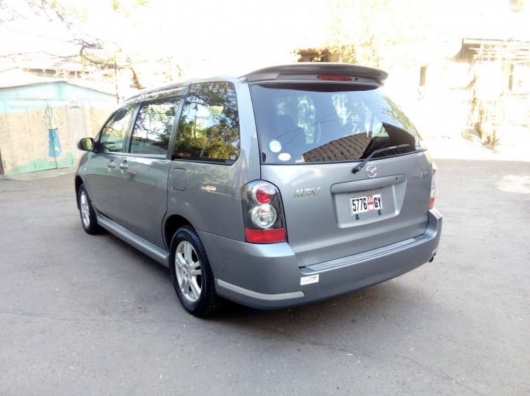 After the restrictions were lifted from Armenia to Russia is really a flood of uncleared cars. In Armenia, however, began to open the bundles the whole company giving the Russians the services for sale of cars. There are many intermediaries and individuals.

Including in Armenia, a host of deliverers who are even willing to find, buy, to order a car from the EU, to bring him to Armenia, customs clearance at competitive rates and overtake it in Russia. And what is most surprising really even with such intermediaries and their appetites, the car from Armenia, previously imported from Europe, gets very very cheap. Much cheaper than the cost of a similar car in our country, where customs duties except predatory to not be named. 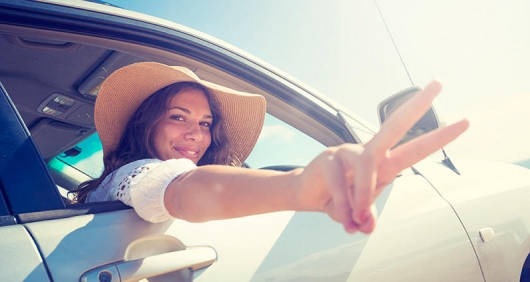 Why the cost of cars in Armenia is much lower than in Russia? Of course, it’s all about the difference in customs duties between the countries. In Armenia, more liberal customs tariff. In our country, duties on cars, usually defensive, with the aim of stimulating the internal market.

However just want to note that the customs clearance of new cars in Armenia is also very expensive. In the end, to drive the new car in Russia is unprofitable. But, nevertheless, is best to import into our market for some fresh cars not more than 3 years.

With regards to used cars, we’ll see that here the situation is opposite. For example, currently, in Armenia it is most advantageous customs older cars than fresh. That is, the older the car, the cheaper the cost of customs clearance.

Here’s the official calculator of customs duties of Armenia with the customs clearance individuals vehicles imported into the territory of the Republic of Armenia.

*If the site opens in Armenian, then in the upper left corner you can click RUS to include the Russian version of the site

What cars are most popular in Armenia and brought to Russia? 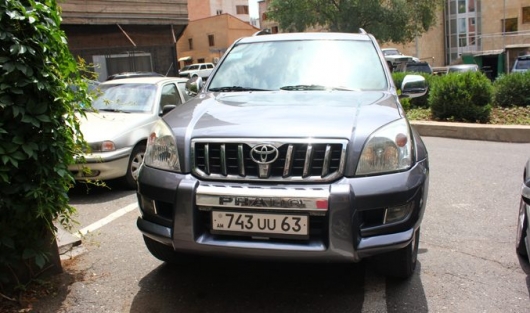 Of course, when it comes to import cars from other countries stand apart from the others Japanese RHD cars, the quality and reliability that worldwide (especially in us) legends. Naturally most at the moment, from Armenia to Russia fall right-handed Japanese cars.

However, unfortunately, recently Armenia has imposed a ban on the importation of vehicles with right rudder. So very soon the number of proposals right-handed car on the Armenian market to shrink considerably. But at the moment in Armenia, you will easily find a lot of right-handed cars that you can buy and send to Russia at a very attractive price tag.

Especially if we are talking about cars over 10 years old, which in Russia while importing almost impossible to clear due to the lack of buttons GLONASS, in connection with non-compliance with the standard of exhaust Euro, and also due to the huge rate of customs duties.

But unlike Russia to Armenia can be expensive to import an old car. For example, if you are imported from Europe, 12-year-old Toyota RAV4 with a 2.4-liter gasoline engine, the customs for import to Armenia will cost 744 783 AMD that based on the current exchange rate is about 102 997 rubles.

For comparison, to import a similar car from Europe to Russia, you will have to pay at least 940 835 RUB And to introduce the crossover from Europe, not only do you pay a recycling fee (5 200 rubles), but will have to equip the imported car button GLONASS-Era.

In our own country these cars are usually not imported because of prohibitive customs rates. For example to clear of the Hyundai i40 you give 389764.50 RUB + recycling fee in the amount of 3 400 rubles will have to pay a large sum of money for the installation of the system Era-GLONASS.

For comparison, here’s a customs calculator for Russia for physical persons:

Of course, due to the lower tariff rates in the car market of Armenia, used cars are much cheaper in the Russian market. So you really can find a car at a bargain price. And buying a car in PA, you save yourself from the customs payments, recycling collection, from predatory vehicle tax.

The truth in this case will go to the Armenian room. If you want to change the Armenian rooms Russian, you will have to start to pay customs duty on Russian tariffs, set button GLONASS, to pay the recycling fee and register with the traffic police.

How much are the cars in Armenia? 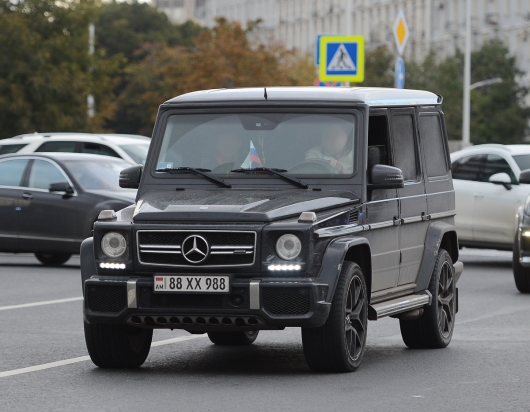 In the age of global Internet, in order to know how many there are cars in other countries, you don’t need to search their Newspapers and magazines, by ordering them by mail to Russia. Today everything is on the network. Just go to any message Board about selling used cars in Armenia and after a short time you will have to take a look at the car market of this country. 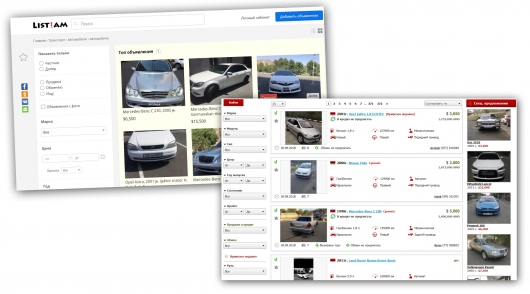 For example, you can see a used car market on the popular Armenian websites. Here’s the list with links:

But the Armenian market is actually not on the Internet. The fact that the largest market in the country is Yerevan market which resembles a car popular in 90-e years in Moscow (ûžnoportovogo market solntsevskaya car market, Kuntsevsky market and the market in Mytischi).

How to buy a car in Armenia?

In order to buy a car in RA necessary after the purchase of the machine to put it on the local registration to get Armenian number plates and be able to legally continue to drive in Russia without paying customs duties.

However, you have to register in any city or village of Armenia.

But it experts say there are no problems. You can do this today in many hotels in Armenia. Also appeared in Armenia and many businesses and individuals that help people not only with registration but also ready to provide services for the purchase of the car “turnkey”.

By the way, in Armenia there are even companies who are ready to help you buy a car in Japan, Europe and even the United States, with a consignment car for customs in Armenia. But how can thus, for example, to buy Japanese car with the right wheel? After all, operating in Armenia since recently the ban on import of RHD cars?

It’s simple. This car is from Japan first imported for temporary admission into another country (e.g. in Georgia) where he surcharge will be altered under the left wheel. Further, the car is in Armenia, tamitsa at low rates, and is transferred to the buyer already with local registration and account numbers.

Who can drive a car with Armenian numbers in Russia? 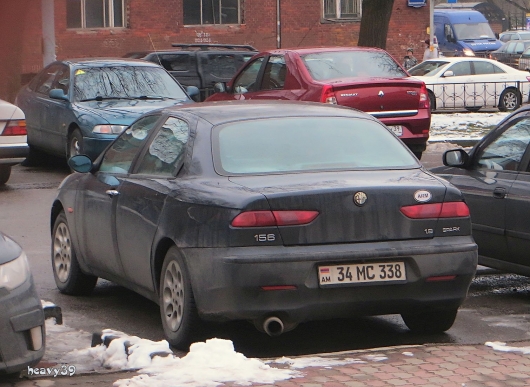 Many today ask the question, and who can drive a car, put on the registration account in traffic police of Armenia? Someone considers that it is only right the owner of the vehicle. But it’s not.

The fact that currently in Russia there are no laws restricting the admission of persons to drive a car with Armenian numbers. That is, the Armenian owner of the car can be one, but for the wheel to sit any other driver, naturally inscribed in the insurance policy. The attorney is also not needed as it is officially abolished in Russia a few years ago.

How to sell a car with Armenian numbers in Russia? 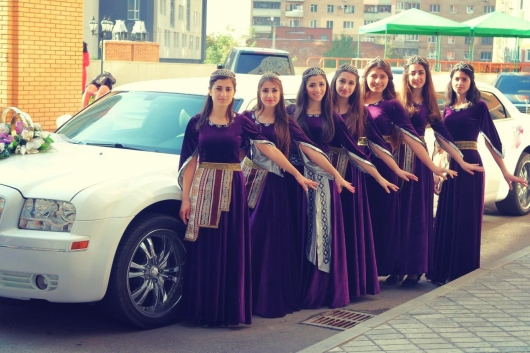 Just want to say that officially this can only be done after paying Russian customs duties and the vehicles registration in the traffic police. Other ways to legally sell a car with Armenian license plates does not exist. Yes, you can sell, exchange or even give away the car from Armenia by proxy or, in General without any documents. You can also sell the car for parts that under certain situations may even be more advantageous than a simple sale.

But the most ideal option, of course, will export the car back to Armenia, which is of course costly and the money and time. But you could come back the same multiple intermediaries that have emerged in Armenia, which can buy you a car with Armenian numbers in one day.

Why in Russia buy cars in Armenia?

As we have said, this kind of haul cars from Armenia is beneficial for several reasons. First, you do not pay a transport tax (especially true if you drive a car with capacity of more than 250 HP)

Secondly, the car costs you less, than in the Russian used car market. You can also drive from Armenia car that are not represented on the Russian market (not officially sold or not for sale currently). In addition, the camera of the traffic police and TMS hung on the roads of the country are not able to identify the owners of Armenian car, even if he is a Russian citizen. Therefore, none of the camera photo and video fixation not send the fines to cars with Armenian numbers.

Another advantage to drive a car from Armenia, is the ability to buy a car in Europe, USA and Japan, making customs clearance at low rates to Armenia, and then overtaking it in Russia.

Should you buy a car? 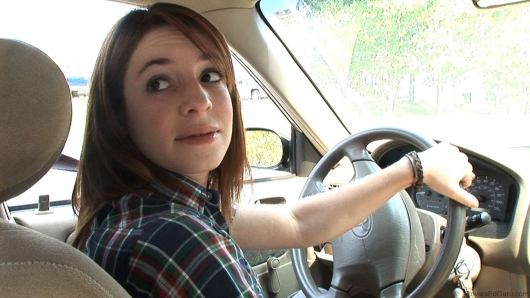 Of course everyone needs to decide for himself, to communicate with such a gamble, going in Sunny Armenia. As we have noted advantages of course a lot. This is especially beneficial for car lovers who can not buy in Russia many cars are not available on the domestic market.

There is a lot of pitfalls. For example, do not forget that if you’re buying in your own name car is in Armenia, will put it on the record in the Armenian traffic police, you will also have to annually pay the vehicle tax. 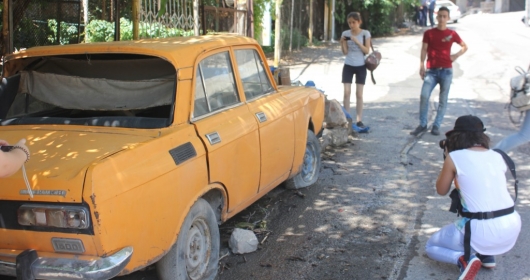 However if you will drive a car in Russia, nobody bothers you. But until then, until you again come to Armenia. In any case, if you export the car back to Armenia for sale, you will have to pay the back taxes.

But it is worth noting that the transport tax in Armenia is much lower and has a lower rate.

Also in Armenia there is no luxury tax imposed in our country on an expensive and powerful cars.