How to beat: the Stig from Top Gear

Stig advises how to beat on the car 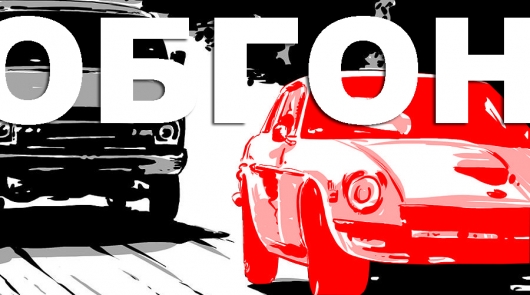 Former “Stig” from Top Gear, who in the world name is Ben Collins, in his book “Drive like the Stig” shares his skills and experience acquired during a twenty year career. This is one of the best drivers in the world participating in racing classes, Le Mans and NASCAR, he drove the “Batmobile” in Batman movie and was dodging bullets when he worked as a stunt double of James bond. Here he shares his own experience of car control in extreme and unusual circumstances.

Before Gary Powell (coordinator of the scenes of the stunts in the film about James bond, known to the Russian audience called “quantum of solace”) has finished to ask me a question about the possibility of my participation in the film with James bond, I managed twice to answer: “Yes.” (..)

“Every day at 5.45 in the morning we went to the briefing, then to wardrobe, to initiate sorokapyatiletnyaya metamorphosis. Costume from the collection of Tom Ford, tailored for Daniel Craig on hand “007” – was supposed to watch “Omega Seamaster”. I remember that I came to mind that I would need to try hard to be worthy of this outfit. In the garage we waited for twelve cars of bond – mostly models from Aston Martin – DBS, each of which was estimated not less than 160 thousand pounds, and six Alfa Romeo and to the fines, the whole fleet of invisible cars used in the background”… 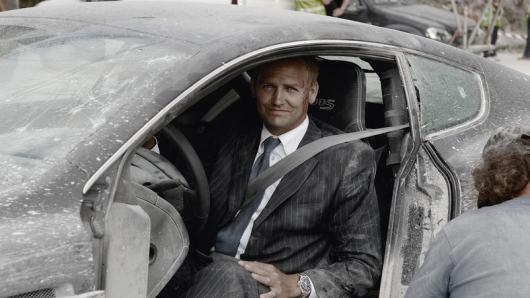 “…The truck carrying the trash enters the hill at a speed of 80 km/h. My role was to catch a passing wagon in the vanguard of the convoy, consisting of three Alfa Romeo. After passing the top, the second left turn I have to outrun and hide behind it, fishing in its right lane”.

Doesn’t sound like a difficult stunt trick, however, is what looks like daily routine any motorist at least once in life made overtaking with departure on a strip of oncoming traffic – is a great danger, if we are talking about the scene where oncoming traffic must slip past a near-direct physical contact, avoiding collision. Personnel should haunt the blood of the audience, but not less than they care about themselves stunt performing these stunts. 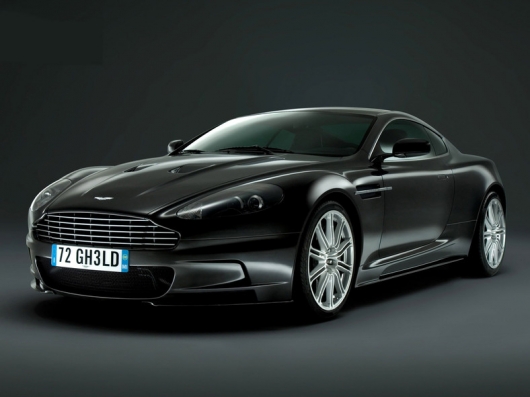 “In the movies about James bond no stunts that would be done with the help of computer special effects.” All Naturelle!

Gary called us to himself:

“Ben, whatever happens, you must return to the right lane until they drove Rowley”.

“As in the case of any overtaking maneuver, the most important issue was the choice of the correct time period. Every day we make it, going, for example, on the sidewalk and overtaking the slow passing of passers-by. The only difference lies in the fact that people weigh less than cars. And the speed they have will be less.

If I entered the second turn too late, a moment later would have been side by side with a truck without the ability to go into the right lane, blocked by the van. What if I flew into the turn too early, the frame would have been ruined.

During test driving I caught myself that though my foot was moving in the direction of the gas pedal every time the sheer wall of rocks blocked me visibility. I had to rethink what is happening and start to count the time of the maneuver, then the entire sequence is failed…”

This is the time that risky overtaking, the best frame which are included in the film “quantum of solace”. Experience the full severity of what is happening, you would certainly not want to get into a situation on the road:

Overtaking is probably the most risky and complicated affair that each of us, motorists commit on the road. Maybe that is why instructors in training drivers emphasize – that to overtake cars in durade is only in an extreme case, having made sure of safety of maneuver.

Even at the races, during the intense competition, the overtaking maneuver may not be as dangerous as conventional intercity highway. In the forehead, on the race track, you definitely one will not go. So you need to remember that if the decision turns out to be wrong overtaking, the driver may not be able correctly predicting the situation, to avoid collision. The consequences can be very sad. 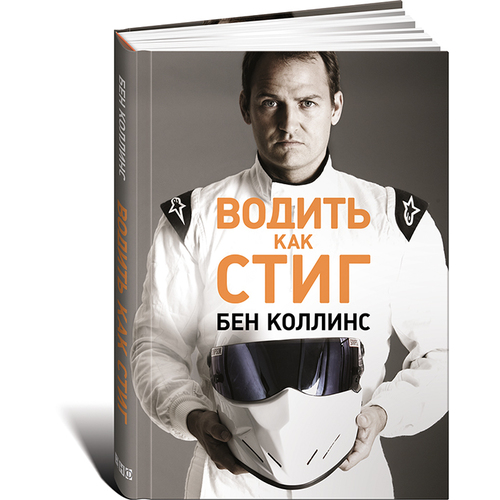 “The main question that I set myself before making a decision about overtaking, is: do I need it? If the traffic intensity is high, does not make sense to risk life and limb only to see the license plate.

However, if the answer to the above question is Yes, then I start with the preparation of the plan. This plan must then approve the part of my brain that doesn’t want to be an organ donor. This plan requires a free space and speed sufficient to start the overtaking maneuver. It seems simple, but the devil is in the details. During the preliminary assessment of the situation to strain the eyesight in search of the obvious reasons to not overtake”. 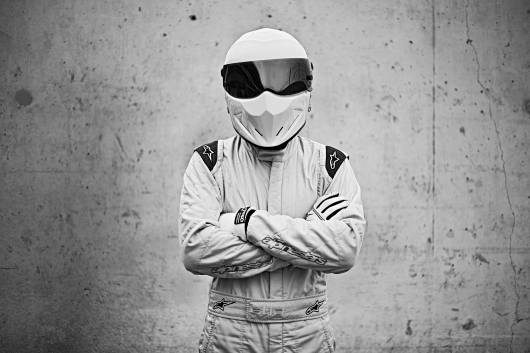 “When you are approaching a slow moving vehicle, analyze the situation beforehand in the distance. The faster I move, the better as it will give some time to think, while allowing you to keep the stock speed. The right moment is extremely important for smooth overtaking, because it allows you to minimize the time spent on the other side of the road hold until it stops the gas pedal.

If “get used” to the rear bumper of the vehicle ahead, you will be forced to slow down, having caught up with the speed of your “obstacles”, it will significantly limit the possibility of effective acceleration.

In situations in which you need to show patience, it is best to keep a distance equal to three car lengths and equalize its speed with the speed of the car in front of you. Again, to approach too close to the vehicle you intend to overtake is unacceptable for another reason – it will obstruct you a review, especially there in front of you the truck. You will not see anything except for the inscription “long-length””. 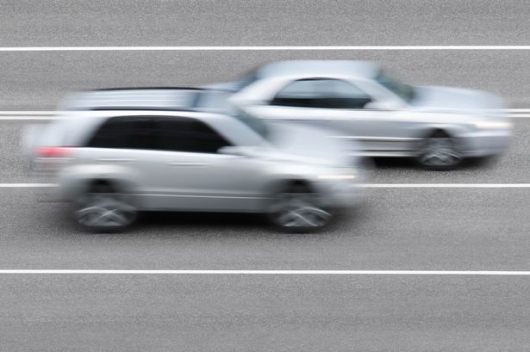 “Please switch to a lower gear. It needs to be selected proceeding from the following logic: 1. It will allow you to accelerate with maximum intensity and to the maximum possible speed, without having to switch. 2. The elasticity of transmission is enough for a holistic completion of the maneuver. That is, you must be sure that your tachometer will not run into the cutoff on the wrong side, forcing you to switch, and this is a precious fraction of a second… and your safety.

Are you sure that speed is enough? Included a faithful transmission? Before you open the full picture in the oncoming lane? If everything is correct – it’s time to act!”

Mirror. You are sure that no one is going to overtake you? Don’t be so sure until you check. Before the start of the maneuver view in the left mirror on the opposite lane should not be associated transportation. Including motorcyclists.

“Additional security verification maneuver. If necessary, you can gently “look out” into the oncoming lane to expand their field of view and more time to make sure that the path is open for you – now you can start overtaking or otherwise, if there is an obstacle or the time to travel with the counter car no – dive back to your side of the road.

Remember dynamics, be strong, turn on the Blinker and start to maneuver. 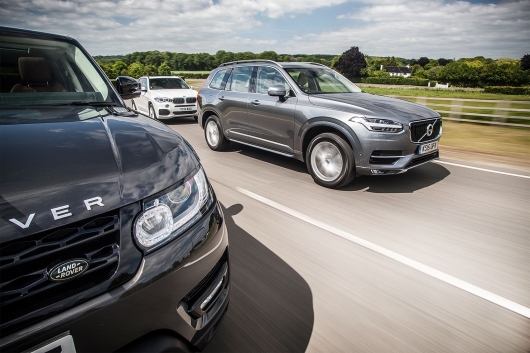 Acceleration: add the gas to gain momentum and rapidly around the car to the right. If for some reason you decide that you should stop maneuver, you will have at this time only happen, if the stock is not less than 5 seconds. But it is better to measure seven times, not to act rashly. Extra frostbitten opposite – not the best idea. It’s too dangerous.

“Note: when overtaking started and you started passing around the car, focus on distant visible point of the road, looking for oncoming traffic, as well as on an empty space on his belt, which is your goal. Eye follow to overtake the car. As soon as you depart from it at a sufficient distance and the car will be fully visible in the right rear view mirror, you can begin to return back, advance warning indicator light (right podvorotnya) that you start to move to the right. 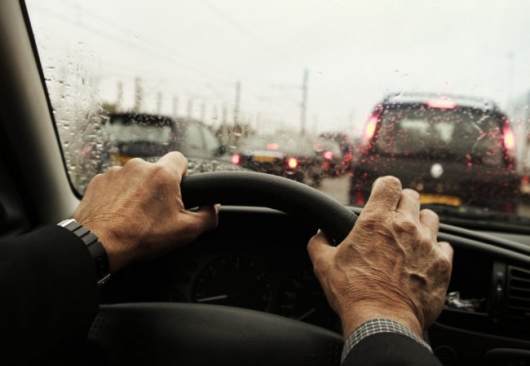 I. sideswipe or collision on a tangent, the rear part of the car – this is a common mistake. A wrong estimate of the distance in combination with too nervous reaction to the upcoming turn or approaching from a distance, the car makes the drivers start to get nervous, their leaves zdraviy mind. A sharp turn of the steering wheel to the right, in the hope that something will work out. WHAM!

The momentum sent the wheel in combination with the force of the blow to the rear wheels most likely will deploy the vehicle. Therefore, ahead of, you have to be accurate from the beginning to the end.

II. When overtaking remember the horn. If the driver of the vehicle, didn’t notice you and begins to move in the direction of your motion path, inform him of your presence with the horn.

III. Loss of control over the car during overtaking. Most roads are designed so that the middle of the carriageway is higher than its lateral side. When passing the top of the roadway, changing the load distribution on the suspension, what could be a destabilizing factor. Add to that a sharp movement of the wheel or too sharp pressing on the gas pedal, it can lead to dangerous loss of control of the vehicle. Turn and wet asphalt additionally worsen the matter. 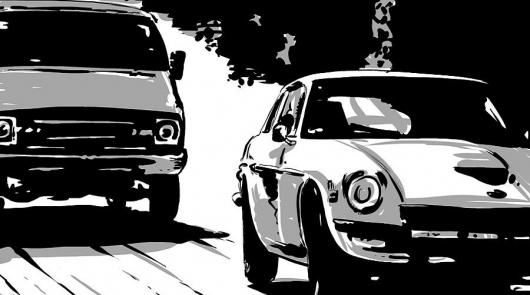 “To maneuver smoothly and quietly – while overtaking you should beware of any exaggeration, as in the form of a sharp pressing the gas pedal, and too long spent on the other side of the centerline.

In vehicles with the perpendicular arrangement of the engine under hard acceleration there is a clear trend to a change of direction, which is a problem, especially in the case of a powerful hatchbacks: torque literally pulls hands from the steering wheel, changing the trajectory of motion. In vehicles with driven rear axle the sharp addition of gas in turn may cause loss of grip in the least desired moment.

In any case, do not be nervous. Keep calm, control the situation, watch out for “stuff”. In this case they don’t exist!”

“If you, being on the opposite side of the road, saw that from a distance you carried the car, you have to make a subjective assessment of the situation. If you are already at least partially bypassed to overtake a car before the oncoming car distance allows you to complete the maneuver by pressing on the gas pedal harder, you’ll be able to safely return to your lane. Otherwise, you have to give up the overtaking lane, gradually slow down and return to his lane.

Problems with braking during overtaking maneuver lies in the fact that the other driver is the same person and probably from the very beginning watching your absurd attempts, they can reset the speed at the same time, the result of blocking you way back to your lane. In this case, I can only wish you lots of luck.”

“If you come out of sudden extreme situation, the winner, in a sudden burst of adrenaline you will cover a real euphoria – the condition will continue at least for another twenty minutes. Don’t let her turn into the superhero syndrome. What happened was a grave mistake you have to remember this experience and then replay it in your mind and try to identify what you did wrong”. 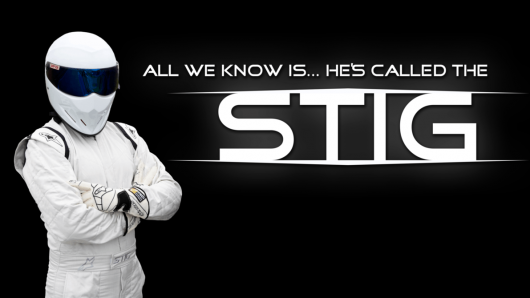 Here are unconventional tips from the racer, the Stig and stunt. Probably, there is a lot of rational grain. Listen to him.