How to avoid the pitfalls of traffic police: overtaking in the absence of markings, temporary markings and traffic signs

How not to fall into the trap of the police? 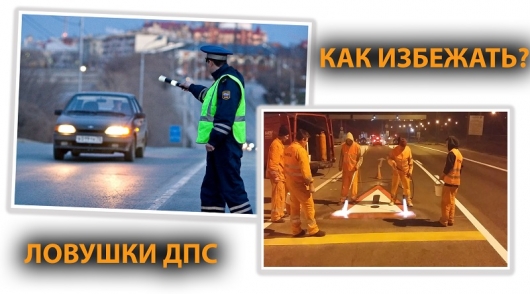 Well, summer is in full swing, so now for DPS the “grain”. Summer is the busiest time for road workers involved in the reconstruction/repair of roads. After the repair, generally used temporary traffic signs, temporary markings, or even worse, the markup disappears along with the removed asphalt. At this time, many drivers my head is spinning from a variety of permanent and temporary road signs and changing from white/yellow to orange markings. As a result, even experienced motorists often fall into the trap of the traffic police who love to watch the hapless drivers in such places, collecting for the day, the entire monthly plan for penalties. So how do you protect yourself from such traps DPS? How to understand common on the road the contradiction between the permanent traffic signs and temporary, and how to understand what the markup is more important and what to do when the markup is contrary to the signs?

Did you notice how the crews of traffic police love to “feed” the flow of cars on the road with temporary markings (orange road markings)? Do you know why? The thing is that in the area of the temporary road marking is often forgotten (or not put) to install temporary traffic signs that are not inconsistent with temporal markup. In the end, the road formed an interesting puzzle to solve which sometimes do not have time even for experienced drivers. The reason is that the majority of motorists on the road simply forget the existing Rules of the road (and that this has not happened, yet from time to time recommended to repeat the theory by testing yourself in different online exams SDA), confusing as a result, what is more important: a permanent sign, temporary sign, permanent markings or temporary. You must have seen many drivers ignoring the road in temporary orange markings. But not all. Some ignore permanent traffic signs, following the orange lines on the road. What do you think, in case of contradiction between the permanent or temporary signs, road markings what the driver should do in order not to violate traffic rules? 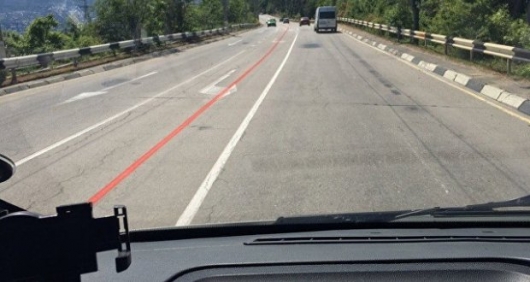 I especially love the traffic police “protect” parts of the road where temporary markings passes through the oncoming traffic. And, surprisingly, on the road often catches the orange markings running through oncoming lanes in places where no road work is not in sight. And like the “outhouse” can be applied on the road for months, despite the fact that signs of road works, not even close.

As a result, in such places like to stand all shifts local crews of traffic police. Especially if such marking contrary to installed traffic signs. As a result, this place is just a few hours planed not one Protocol, Perepyolkin annual plan, which, as claimed by the traffic police authorities, they have no (but we all know that the plan administrative protocols still there).

Therefore, I advise everyone, especially pre-season road reconstruction, repeat traffic, not to forget how to solve the frequent contradictions of conventional and temporary road signs, and how to interpret the situation where road markings (permanent or temporary) is contrary to the road signs.

Now, recall that under the current Rules of the road in cases where on-road value of temporary road signs and stationary (permanent) traffic signs contradict each other, drivers SHOULD follow temporary signs (Annex “Road signs” №1 SDA RF, Chapter 8)

So, now let’s remember what they say the Rules of the road about the situation, when the road marking contradicts the established traffic signs. What do you think you have in this controversy to follow?

To do this, refer to Appendix 2 of “Road marking” traffic regulations of the Russian Federation.

Here is what Chapter 1 “Horizontal layout” Application 2 to traffic regulations of the Russian Federation:

Accordingly, under current for today the Rules of the road, in the case of road traffic signs (no matter any permanent or temporary) no markup can cancel them. Accordingly, if road markings (no matter what permanent or temporary) is contrary to the road signs, you are obliged to follow the road signs. Otherwise, you will violate traffic rules and can be brought to administrative responsibility. Also if the lines are contrary to temporary markings permanent road markings, drivers are obliged, according to the SDA, to be guided by temporary markings. 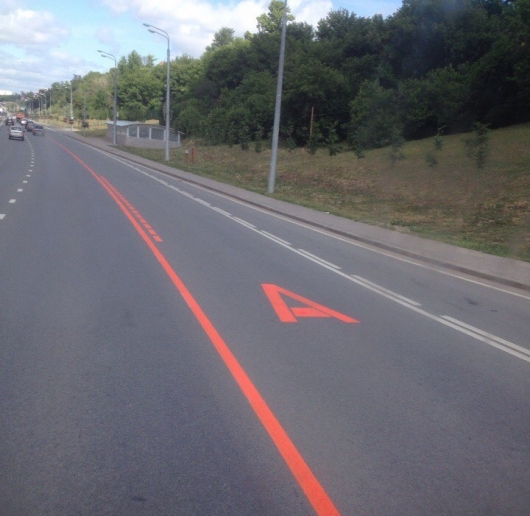 1. Temporary signs are always more important than the permanent (stationary)

2. Permanent sign any important markings on the road (whether temporary or permanent marking)

3. Temporary markings are always more important than the permanent marking of

So be extremely careful on the roads and try to correctly interpret the road signs and road markings.

If you see that road sign is contrary to the road markings, in no case do not violate the requirement of a road sign. Otherwise you will violate traffic rules. Imagine the situation if in the area of traffic signs prohibiting overtaking (that is, travel into the oncoming lane) on the road will suffer temporary markings, so you, guided by the temporary markings will go on the oncoming lane. In this case, if the traffic police will see your such a maneuver on the opposite lane when driving on the temporary marking, you will definitely stopped and brought to administrative responsibility for departure on an oncoming lane. And it already smacks of a loss of rights. And otvoditsya will not work even in court, since you are really in this case, are violating traffic rules because the road sign is always more important than any markup.

Is it possible to go to the oncoming lane to overtake, if the road has no signs, no markings? 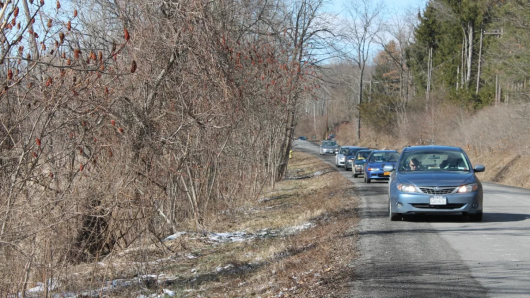 The same applies to a situation when on the road off the asphalt with road markings. And well, if there are road signs indicating whether it is possible to carry out overtaking vehicles, leaving the opposite lane (for example when you go on the road, one lane in one direction and the other towards). In this case, in the absence of markup, you must also strictly comply with a road sign. If there is a temporary sign, such as prohibiting overtaking on the oncoming lane, standing next to a stationary sign (permanent) to allow overtaking, according to the traffic rules to travel on the oncoming lane for overtaking is strictly prohibited as temporary road signs is more important.

But, unfortunately, often on our roads there are completely different situations. Here is a live example. A few days ago on Pyatnitskoye highway in the area removed the asphalt, removing the markings. In this place to repair a road was allowed overtaking in the opposite lane, notice a road sign abolishing the ban on overtaking, and intermittent permanent marking white. But together with asphalt and markings disappeared the sign abolishing the ban on overtaking. As a result, many drivers accustomed that this place is allowed to pass, just noticed that along with the markup disappeared, and he a road sign. And, oddly enough, literally the same day after dismantling a road sign at that location would “graze” the traffic police, who for a few hours caught a lot of drivers who, because of his carelessness now may lose their driver’s license. Indeed, in this case leaving on a counter strip was prohibited. Accordingly, under current law, drivers who had not observed no sign of repealing the ban on overtaking, threatens to 5000 rubles fine or deprivation of rights for a period of 4 to 6 months.

The most interesting thing in this case, many drivers are trying to convince the police that since there is no markup, then overtaking is permitted. For example, many are trying to convince the staff of GAI that the lack of markings makes it difficult to determine where the wrong lane. And if so, then leaving on a counter band it is impossible to prove. But, alas, as we have said, the most important of all road signs, not the absence or presence of road markings, contrary to the sign. 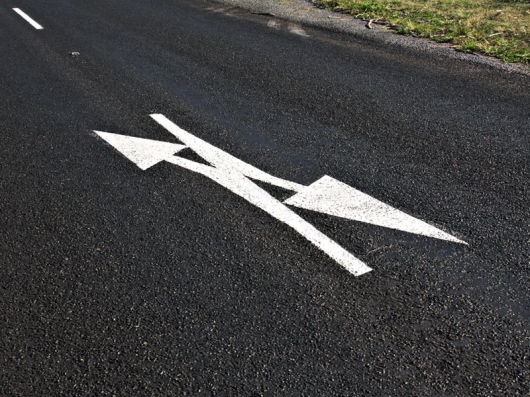 Also drivers shouldn’t forget about clause 9.1 of the SDA, which States that in the absence of traffic signs and markings number of lanes for trackless vehicles is determined by the markings and (or) signs 5.15.1, 5.15.2, 5.15.7, 5.15.8, and if not, then by the drivers taking into account width of the roadway, dimensions of vehicles and necessary intervals in between.

So be careful on the roads and do not fall into various traps, many of which are, of course, not on purpose. Just the traffic police are very fond of road where drivers often get confused about the rules of the road. It’s too bad that this usually happens not only to monitor road safety. Often the purpose of monitoring such complicated road sections – to collect more protocols.