How to actually work with drum brakes?

Why drum brakes were replaced with disc? 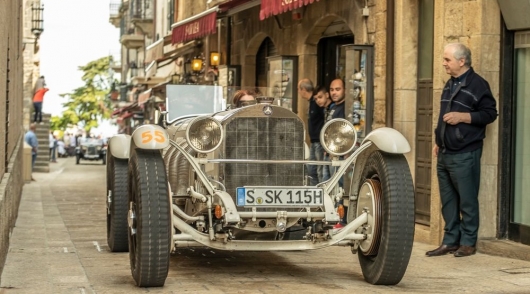 Have you ever asked the question what is really going on inside the brake drum during his work, and why disc brakes are generally considered superior to its analog earlier design? Let us explain

Most probably know how to operate disc brakes. Briefly, we recall the algorithm of the system: after pressing on the brake pedal, brake master cylinder via the brake fluid in the hydraulic lines begins to increase the pressure in the calipers, where one or more pistons attached to them through a pressure begin to press one or two pads to the disk (brake disk).

With the aid of friction forces, the car starts to slow down, ensuring that you end up not moving into the rear bumper of a moving car or into a wall/post/tree. Simple and effective. Read more on the subject:

How to operate the brakes in a car: an Explanation

Video: How to operate the brakes in a sports car

But what about brake drums? The work of these more modest elements of the braking technology and certainly much older compared to disc brakes is almost completely gone from the everyday life of the automotive community. Even trucks and buses are all less likely to use the services of these “servants.” Now this scheme the brake can be detected only on very inexpensive cars or a specific technique. Why did this happen? What is the Achilles ‘ heel “drums”?

On what principle are drum brakes? 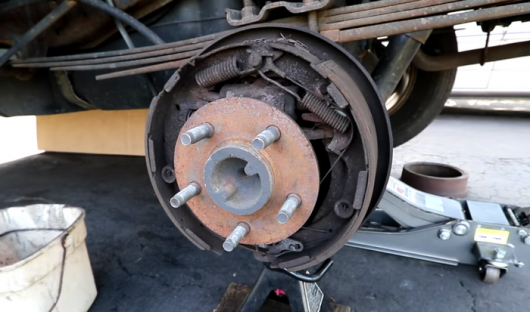 The workflow begins in the same way as the disc mechanisms, with fluid, transmitting pressure from the master cylinder to the actuator of the brakes. From this point starts all the main differences.

Is the brake caliper as disc brakes, drum brakes, the fluid gets into the so-called working brake cylinder, mounted within a cast iron brake drum.

The fluid pushes the two piston from the housing of the working brake cylinder to the outside, causing the brake pads apart, adhering to the inner lining of the brake drum. Since the drum is attached to the hub caused by the friction begins to slow the rotation of the wheel.

Also in the functional part of the brake mechanism important role is played by the so-called return spring. Two springs fitted at both ends of the two pads. As the name implies, these springs return the brake Shoe to its original position after the holiday brake pedal. 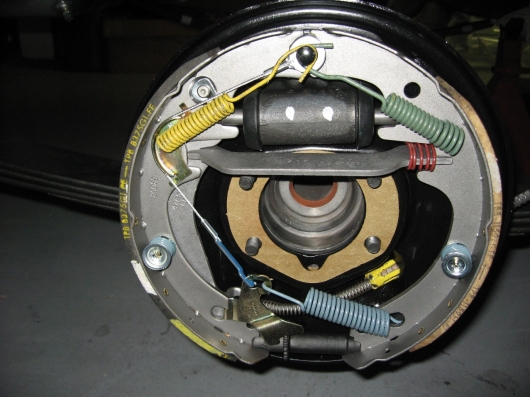 As you wear the special supply system will choose the extra distance between the drum and pads that will not reduce the efficiency and speed of operation of the braking system over time and natural wear of components. However, about this talking experts, front pads drum brakes are pushed to the surface with greater force, which increases their wear.

Are there advantages of drum mechanism before disk? 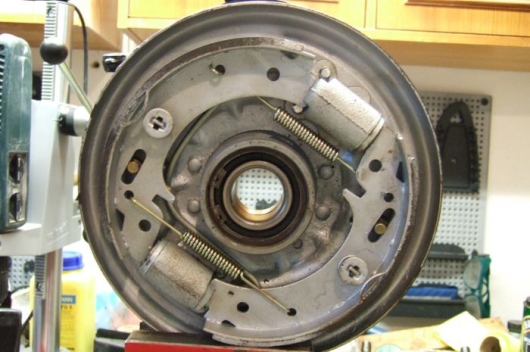 It would seem that this is simply impossible. How can it be an archaic system better more modern? But, there are some undeniable advantages of drum brakes, which she did not take:

1. As the contact goes around the entire circumference of the drum, the braking force transmitted to the drum brake more than the brake disc of the same size.

2. Do not count this as a joke, but we read on specialized sites that use drum brakes saves weight, means for the production of element for companies, and ultimately the money in the wallets of car owners.

If regarding the last two points we knew for a long time, indeed, it is easier and cheaper designs are hard to find, here’s about the weight not even imagined. Once the cast-iron big drum did not inspire excessive confidence in it. However, if you consider that a disc brake in addition to hydraulic braking is still a huge drive (also cast iron), that is what comes out. When the same weight of drum brake is more powerful, due to greater staining of the contact pads in it. But at the same power, it will be lighter than its modern counterpart. 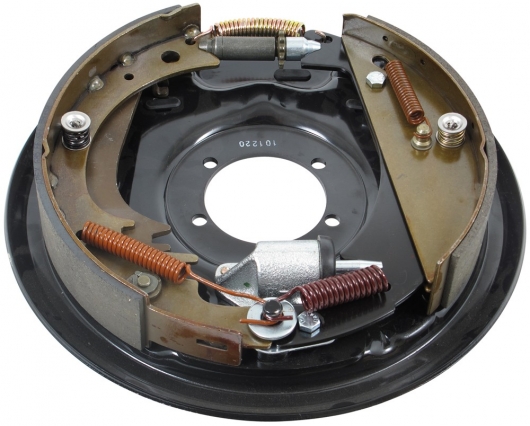 3. Finally, another distinct advantage – the brake pads usually are not erased much longer than conventional disc brakes.

1. Despite the simplicity of construction and cheaper manufacturing, servicing drum brakes can’t compete with disc. Painfully complex setup required. Tinkering with the drums in some ways was similar to art. Only a master could set up the brake is worn out. Time this setting also took away considerably.

2. The drums are not so good when it comes to working in the heat. All the components inside the sealed drum, the heat from braking has nowhere to go. The whole system is under heavy use overheat, and cools down slowly.

Overheating is dangerous not only boiling the brake fluid, but a reduction of friction during use of the brakes, and hence, reducing the braking effectiveness.

3. Drum brakes are also much more receptive to peretormazhivanie when the pad sticks to the drum even after releasing the pedal. Disc brakes not the withdrawal of the pads is much rarer.

These disadvantages were enough that the manufacturer decided to move away from this design.

It’s easy to understand why brake rotors have become the choice de-facto standard for car manufacturers, and why you rarely meet new serial cars with drum brakes. 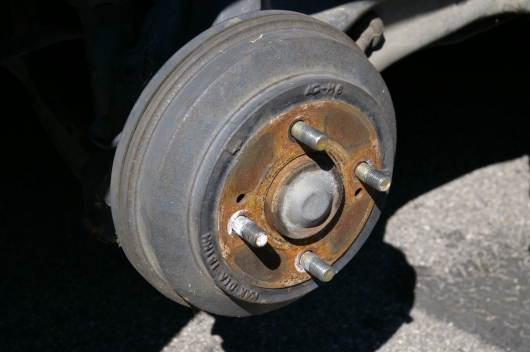