As Ford, Volkswagen, BMW and Lexus has disguised the true sound of their motors. 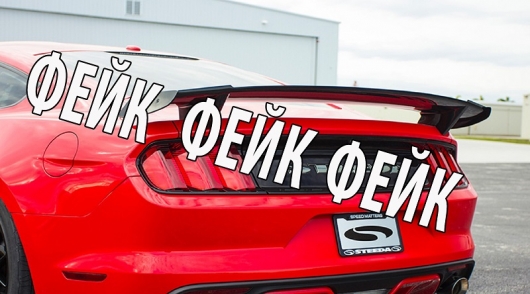 Automakers always concerned about how future car owners will feel behind the wheel, what emotions will get etc. But the thing that usually catches car owners, is the sound of the engine, which typically needs to have and give a shot of adrenaline when you press the gas pedal. Alas, in recent years, the sound of the new engines leaves much to be desired. Especially since automakers began to reduce the number of cylinders in the machine and install the turbines. As a result, even legendary sports cars began to sound somehow artificial. About electric cars in General are not talking. They, alas, its sounding more like a Soviet game “moonwalker”.

But automakers have found a way to give us back the old emotions from the powerful big engines, equipping their autonovelties special systems that allow inside the artificial sound of the engines with the standard audio system. As a result, many modern cars began to sound like the legendary sports cars in video games. 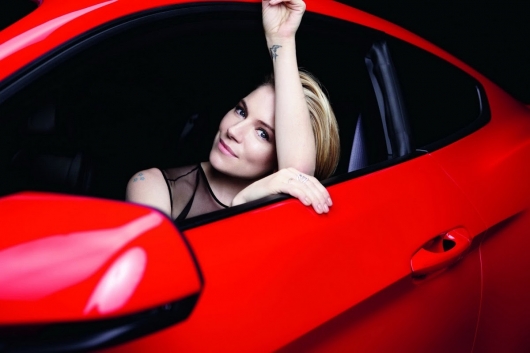 For example, if today you sit in a Ford Mustang or F-150 pickup truck, you’ll hear a meaty, throaty rumble – the same familiar for many years the roar normally associated with power and aggressive performance car.

It really is unreal the sound of the cars. The fact that the same F-150 pickup truck that sound of the drivers is artificially tuned sound, which is achieved through a specially tuned exhaust pipe and through digital counterfeiting of sound, broadcast through the speaker of the machine.

The sound of the engine of Ford F-150 really?

There is a video that shows you the difference of the engine sound pickup from the salon. First, the author of the video demonstrates us how you can hear the engine sound from the cabin with the included system of miking, and then without it.

And this is the sound of a Ford Mustang without a system to enhance the engine sound inside the cabin:

The fake sound of engines was one of the dirty little secrets of the auto industry. Today are not averse to all and Sundry, ranging from BMW and Volkswagen ending. As a result, many automotive companies have become a Studio of magic and deception, holding sleeve for consumers a set of tricks in order to hide from us the true boring sounding modern engines.

Unfortunately, it is inevitable, because without miking systems of the engines of modern cars will sound a lot quieter. Naturally, many car manufacturers worried about the sound. After all, by the sound of the motor inside, many of the drivers make a conclusion about the character of the car and often take the buying decision. A dull sound usually scares off potential buyers from the car.

But this should be accepted. This is the reality of the auto world. It is the same, to mourn the passing of the mechanical handbrake, which is soon likely to disappear forever from the cars, replaced by electronic Parking brake. You will not go away from new technologies that will increasingly capture the whole world.

The fact is that modern engines has lost its former aggressive sound in connection with the reduction in their volume and number of cylinders. And all this is due to the pursuit of efficiency and, of course, a tribute to the strictest environmental regulations that gradually tighten around the world.

In the end, the automakers have to reduce their engines. Alas, without loss of sound make it impossible. That is why in many cars, and there were various systems of amplification and miking the sound of the motor. After all, without these systems, many modern cars, unfortunately, have a sound like lawn mowers.

Car companies are seriously concerned that more and more people in the world will eventually begin to understand that the sound in the engine that they hear inside the car, not really true, but only an artificial fake. However, one should give credit that this artificial sound in many cars is done at the highest level, as some automakers to recreate interesting sound has worked with many engineers at Audi – and software, which are usually involved to reproduce powerful sound of car engines in computer car games. In the end, many car companies have managed to achieve the perfect synthesis of engine sound, making the sound more realistic.

Here is an example. Volkswagen uses a system of miking the engine in the cabin, which is called the “Soundaktor”. This system is a special speaker inside the cabin, which looks like a hockey puck. Using this speaker in the cabin played audio files from the audio card, simulating the powerful sound of the engine depending on engine speed. A similar system is used on such cars as the VW Golf and VW Beetle Turbo.

Here’s how it works:

An example of “Soundaktor” on the 7th generation VW Golf 2.0 TDI

And here is an example of the operation of the system miking from Lexus, which is to simulate the powerful motor sound in the cabin uses the sound system Yamaha. This system is well enhances the powerful noise of the motor car the Lexus LFA.

For example, BMW uses the stereo system, which transmits the engine sound into the cabin depending on the load and the power of the motor. This system is called Active Sound Design. That sounds like the motor inside if you activate this miking in the car BMW:

Also can not escape neither the manufacturers nor the buyers from orchestral miking artificial engine sound in electric cars, whose sound leaves much to be desired. For example, many electric cars sound exactly the same as gyrometer or Segways. First, it is terribly boring and uninteresting. Second, the quiet squeak of electric cars a threat to inattentive pedestrians and the blind. In some countries, regulators have introduced the obligation of automakers to equip electric and hybrid cars system of amplification and miking electric motors not only in the cabin, but from the outside. It is necessary to warn passers-by about the electrical vehicles approaching the pedestrian. These systems are useful miking and for cyclists, which will also be aware of the approach of electric vehicles.

Unfortunately, not all manufacturers have equipped their vehicles with the electric amplification system, or simulate operation of the engine. Here’s an example of how the reality is the Jaguar crossover I-Pac:

Unfortunately, not all motorists share the trend in the automotive industry, considering that automakers just started to deceive the consumers. After all, many car companies almost hide the fact that they use different tricks for miking of the engine sounds in the cabin.

Many people believe that car companies should be with customers more honest. Tell customers: if you need the sound of the V8 engine, you should buy a car with a V8 engine that is considerably more expensive and consumes more fuel than harmful to the Earth.

But instead car manufacturers today create beautiful stylish cars and stuffed them with artificial options that only create the appearance that the cars have powerful engine sound. But in fact, this sound does not exist. And this is outright deception, camouflaged in a nice wrapper in which car companies do not even focus. To many motorists it’s a shame that they so blatantly cheated today.