How much increase penalties for inspection, and if it helps bring order to this region

Why stricter liability for the “left” of the diagnostic card will not help to bring order to the inspection. 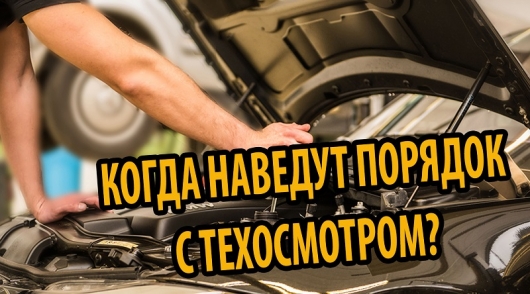 On the website of the government approved the draft laws toughening the administrative responsibility of all participants in the system of inspection. That is, in a short time will increase the penalties for driving without inspection and issuance of inspection in violation of the rules of the technical inspection of vehicles. Accordingly, in a short time we are waiting for another attempt of the authorities to change the situation in the field of checkup of vehicles.

The changes will affect both drivers and those involved in issuing documents about passing the inspections in service centers. So, the government Commission approved three bills developed by the Ministry of economic development of the Russian Federation pursuant to the instructions of the President of Russia. 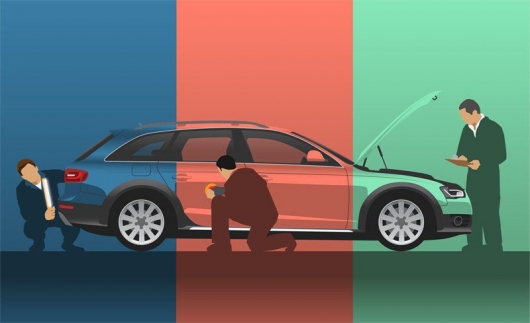 Also, this bill would allow inspection stations to issue electronic diagnostic card, certified by a qualified electronic signature of the technical expert who carried out the procedure of technical diagnostics of the vehicle.

Including is to tighten the requirements for the production and technical basis of the inspection and technical diagnostics (including measurement tools), corresponding to the prescribed basic technical specifications. For example, the item of inspection must be in the facility that the company providing for the issuance of the certificate of inspection shall possess the right of ownership or other legal basis (lease, contract management, etc.). 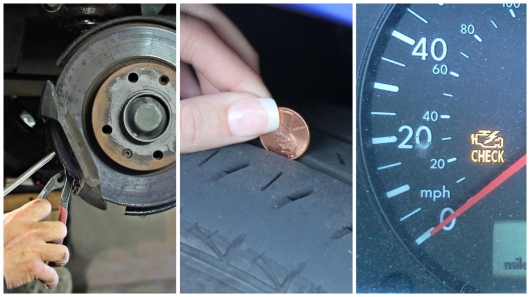 Most interesting is that the Ministry of economic development proposes in the bill to establish for each item of inspection throughput, which will be calculated by the Russian Union of insurers (oddly enough, it was entrusted to this organization) by a special technique. As a result, in the case of a bill to force every item on the inspection will be able to issue a limited number of diagnostic cards for the day, week, month and year.

The second bill, which appears in government documents as the No. 2, provides for stricter liability for all participants in the system of inspection. In particular, the latest version of the bill proposes to introduce a fine for driving without inspection, which, according to the Ministry of economic development, should be 2 000.

Accordingly, as you can see, Russia may again receive the common practice for driving a vehicle without inspection drivers will bear administrative responsibility. I wonder if anyone will still check inspections of drivers? After all, since our authorities are planning to introduce administrative responsibility for driving a vehicle not having a valid diagnostic inspection card, respectively, on a lay administration and prevention of this offense. Do the police come back the next trough on the road? I hope not, because to return to the traffic police the right to check on the road inspections again create a wave of indignation of motorists and the growth of corruption in the traffic police authorities. After all, we still remember what a mess was created when the inspections involved the police. 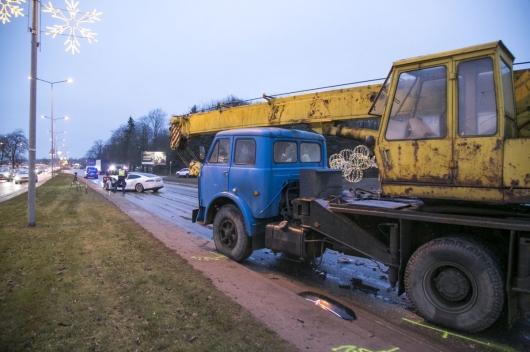 There are, of course, the probability that the fines for driving without inspection will be to check the cameras of the traffic police on the road. In this case, the growth of corruption on the roads. Nevertheless, it is possible that our authorities still again will give the police powers to scan cards on the road. Especially in recent years scares the trend for the return of many state procedures, “as before.”

Also as part of bill No. 2 proposes to introduce responsibility of the technical experts who violate the procedure for conducting the inspection. For example, give out the conclusion about the serviceability of the vehicle, in spite of identified technical deficiencies. In addition to an administrative fine for such actions it is also proposed to administrative punishment in form of disqualification.

In particular it is proposed to introduce administrative responsibility for the technical experts for the design of diagnostic card on the admission of vehicles to participation in traffic in respect of which inspection is in fact not carried out.

But that’s not all. Also developed and bill No. 3, which proposes to introduce in our country the criminal liability for inspection without accreditation of the operator of technical inspection.

Why such a drastic measure proposed by the government? We all know what a mess is happening in the field of motor vehicle inspection. Every day in Russia there are doubtful points of inspection that exist only on paper, which according to law are allowed to engage in the issuance of diagnostic card. In fact, such items are simply trade grey inspection without an actual inspection. 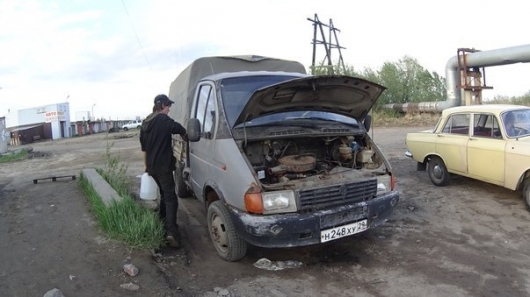 You look at what has become a insurance brokers across the country, insolently trading not only insurance policies CTP (next to the traffic police, in their offices and on the Internet), but also selling along with insurance diagnostic card without actually carrying out the technical inspection of vehicles. Did you notice what it led to in the end? If every day you drive a car, you probably noticed what number of old avtohlama every day operated on the roads of the country. Many cars are in such condition that, in fact, to the inspection official (legal way), they could not. Only the crumbling of the “Gazelle”, “KAMAZ” and “ZIL” are worth.

Naturally, such a mess in the country with a system of inspections has led to a significant increase in accidents occurred due to technical malfunction of the vehicles.

Now let’s get back to earth and see whether the government their bills, if adopted by the state Duma of the Russian Federation, really clean up in the market inspection, and these innovations will not reduce the number of accidents on the road caused by transport which is in an unsatisfactory technical condition.

Unfortunately, having studied all these documents we can make an unambiguous conclusion. Likely to make the procedure fully transparent inspection, the authorities will not work, as well as significantly affect the number of accidents due to avtohlama on the road. After all, when in Russia, someone stopped the fines? You will see how over the past decade, increased fines for traffic violations. Especially in Moscow and St. Petersburg, where part of the traffic violations imposed higher fines. And in the end, it did lead to a significant reduction in accidents? Of course not. First and foremost on a reduction in the number of accidents in recent years has been influenced by the ubiquity of cameras, photo and video fixation, and reduced on many roads the maximum permitted speed and the mass use of speed bumps. 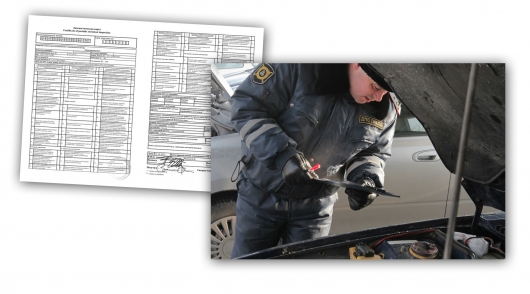 Also let’s see what the technical condition of buses transporting passengers. This is a quiet horror! Even in Moscow every day on the line out of the bus in not very good condition.

And can you imagine how many buses and other vehicles engaged in the transportation of passengers in public transport, operated across the country? The worst thing is that in many regions of Russia this the public transport is in poor condition.

In the sphere of cargo transportation in General, such an anarchy that does not want to talk. Now imagine what amount of traffic in the killed state travels across the country. Yes, it is a matter of national security. That’s where you need to restore order. You look at the statistics of accidents. There’s also a growing number of accidents that happened because of public transport or trucks.

Moreover, in most cases, these quasi-legal items of inspection was left to the company or the SP, in turn, issued on alcoholics, drug addicts, and even those who are in places of deprivation of liberty.

Will not attract them to criminal responsibility for the results of the “left” inspections? After all, they, as a rule, registering the company or SP, give power of attorney to conduct Affairs in the company. And that’s all. What they demand?

So it is unlikely that our country will get rid of the “supermarkets” where in one place you can sell and insurance policy, and inspection.

You say, and how the introduction of photography and video recording of the procedure of inspection? So what. Remember, the same thing happened in the years when the inspections were engaged in the traffic police. There is also in the state inspection stations hung the camera. And that they helped to stop corruption in the traffic police authorities responsible for issuing vehicle inspection? No. That’s the same thing here. Will not help the camera to protect the road from avtohlama.

Well, Yes, it is likely that if these bills will come into force, all car owners have to actually pass through the points of inspection. But it will be again. That is, in the case of Troubleshooting, the car will still be issued a scan card. However, most likely, for such “left-wing” inspections drivers have to pay more. But who stopped in our country? 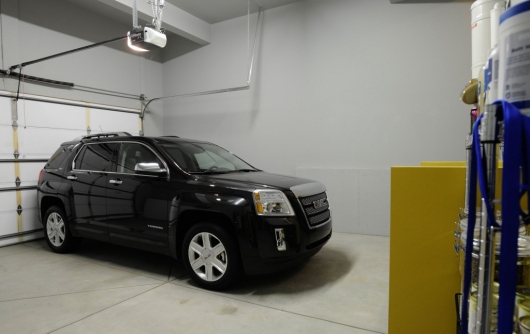 But what about the responsibility of the expert? After all, the bill will tighten their responsibility for the results of inspections, during which revealed a discrepancy of a vehicle to obligatory safety requirements for the admission of the car on public roads. And what sense from such responsibility? After all, such experts the “left” point of inspection can nabuhat and to stamp a huge variety. Trust me, we are waiting for the massive transformation of those same alcoholics, drug addicts, etc. technical experts of the “left” points of inspection. Well, will deprive them of the right to carry out technical inspection. That they become worse? You will find these offices even to the experts.

The worst that the government for some reason did not make the laws the rule of direct responsibility for the issue on the public roads of defective vehicles.

Because this measure is actually part of what helped to bring about order in the field of technical inspections. For example, in some Western countries, if a line was released a faulty car (issued a document on inspection, confirming the serviceability of the vehicle), then if he gets into an accident because of a problem found on the inspection, the company issued the document on the passed checkup, waiting for a huge penalty and claim from the insurance company that will pay to the owner damages in the accident. Why this is not done in Russia?

In General, we all as always. Want to simplify but make more difficult. Want to improve in some area of the situation, but it turns out everything is like a fairy tale: the further, the worse. But in the end, then after many years, when we see that it was not possible to establish order in a particular area, returning to the old system. Well, you see, is nonsense.