How many expensive cars in 2018 on the roads of Russia?

It is estimated that almost half of Russian fleet – cars 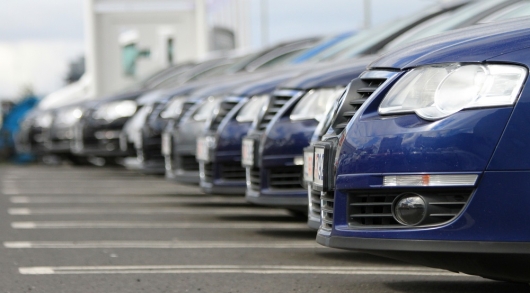 The car is rapidly moving from the category of vehicle in a very specific means of prestige and luxury. It was in the beginning of motorization of the country of the Soviets, and this did not forget to mention the friends-writers – Ilya Ilf and Yevgeny Petrov’s novel “the Golden calf”, so was back in 1990-ies and so is happening again now.

Hyundai Sonata value from 1.2 to 1.7 million rubles. About as much is a Studio apartment in Moscow on the used market. But 14 years ago Sonata was a favorite vehicle of taxi drivers. Moreover, this model can afford was even privates.

If you take one of the most affordable prestige cars – Audi A3 sedan, you will find that this small little car with an engine capacity of 1.4 liter will cost, on average, under 2 million! The usual complement of small machine costs about 1.8 million rubles! Isn’t that a luxury?

About the cost of a business class scared to even talk – so unreal and inadequate it price, from 2.5 million and up to infinity. Well, about the domestic auto industry to mention in this context is insulting. When the UAZ “Patriot” is worth 1 million rubles, one might wonder about the advisability of purchasing such an expensive designer “LEGO”.

What we all this? Yes, that’s what – you asked the question, what car now is more rides on country roads – cars or offspring of the domestic automobile industry? Probably, our motorists overwhelmingly prefer the domestic auto industry and cars in the country is not so much? Especially considering the cost of the foreign products? As it turns out, this information is far from the truth.

According to the analytical Agency “AUTOSTAT”, in the homeland was 42.4 million cars. The data, which leads to “AUTOSTAT” correspond to the situation on 1 January 2018. 61% (25.8 million units) cars can be called Patriotic, if not pay attention to what label is on the front grill of the car, as they gathered in the territory of the Russian Federation. 16.5 million cars all available domestic brands, 9.3 million units – foreign cars assembled in Russia. If the country-the developer of the car are important, then foreign cars in Russia the most part, just more than half.

Thoroughbred cars, imported from abroad, respectively, slightly less than 40%. This Japanese auto industry, which, thanks to the Far East and the popularity of cars from Japan on most parts of the country occupies the first place in number of cars: 16.1% (6.8 million). The leading Japanese brands-Toyota and Nissan – 3.7 and 2 million units. and the German automotive industry is spread across the Western regions of Russia and throughout the European part of it – 8.2% (3.5 million vehicles).

The Agency also notes that “the Russian fleet has a high average age. For example, the share of cars older than 10 years accounted for 54.3% of the total fleet, in quantitative terms, equivalent to 23 million copies. The proportion of new cars (under 3 years) is less than 9%, which corresponds to 3.75 million pieces.”