How many actually are the cars: the cost of production

Sleight of hand and no fraud or cold calculation? 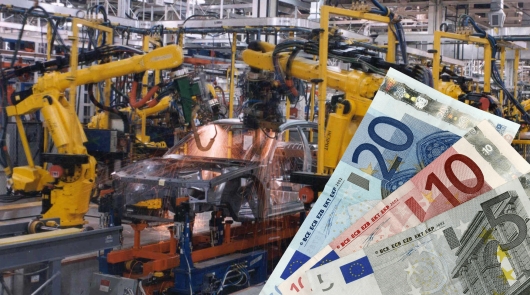 Have you wondered how much actually are the cars? What is the cost of new vehicles coming out of the factory? You probably know that in each country the cost of the same models may differ significantly. But why this happens? Are the brands used for each market is its pricing? And if a car company to sell some models at a loss? Let’s look at the issue in more detail and find out what is the cost of car production and the ultimate selling price of new cars.

First, it all depends on the volume of production. There are some significant fixed costs of any automobile. For example, what matters is the tooling (molds, fixtures, and equipment necessary for the manufacture of vehicle parts). The tooling cost for updating the model is typically around $ 200 million. For the new generation of the car (new body/new platform, etc. – usually every 5-7 years) must have at least $ 600 million. 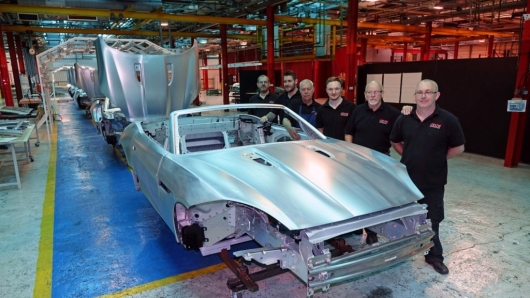 Thus, if you sell, for example, 1 million cars, the cost of new tooling for each new machine will average from 200 to 600 dollars. If the volume of production will fall to 100,000 cars, respectively, costs of tooling in terms of every car will range from 2000 to 6000 dollars. With a small production capacity, the automaker may, of course, to switch to cheaper tooling and tool to manufacture parts not in large numbers (which can either affect the quality of parts produced, or the reliability of the equipment itself). But still, even with cheaper tooling manufacture will be very expensive.

Plus, in addition to tooling, equipment, instrument add to this the cost of the materials from which are manufactured components of automobiles. For example, the average price of rolled steel in Russia now amount to $ 550 per ton. As of February 1, 2019 the cost of 1 ton of aluminium on the exchange is $ 1897. In addition to the production of cars need plastic, which is also worth a lot (depending on material quality). For example, a small modern passenger car economy class in average weighs 1360 kg. the Cost of all materials for the manufacture of an inexpensive car with such a weight of approximately 2000-3000 dollars. 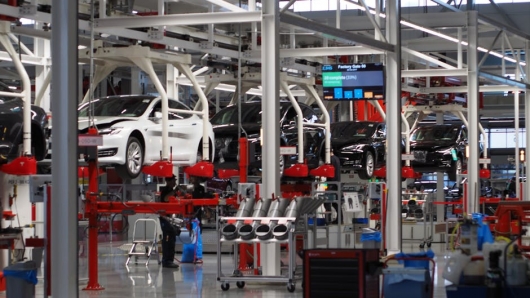 Now you need to take into account the cost of Assembly. If the Assembly takes about 16 hours (assuming that the lines are not so much automated equipment), then the average as you move up the line to the Assembly will take 40 to $ 60 per hour (piece rate wages to workers of Assembly lines, electricity, consumables, other overheads). As a result, for 16 hours on one car will cost $ 640-960.

You also need to remember that the car in addition to plastic and metal has many sub-systems (dashboard, seats, engine, transmission, wiring, sensors, etc.) are collected in another place/shop in the production process which was labor costs. Thus, add to the cost build another 1-2 thousand dollars. 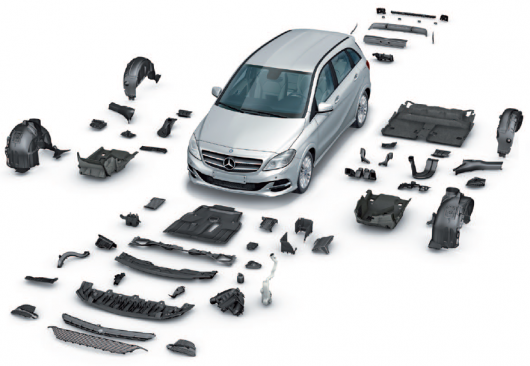 Also, keep in mind that contain Assembly plant expensive. Plus you need to set aside profits the future costs for depreciation of equipment. The fact is that every 20-30 years at the plant, it is desirable to change the equipment due to normal wear and tear (depreciation), and to keep pace with the times, launching a new high-tech competitive platform.

If you produce a million cars a year, that’s 30 million cars in 30 years. So, based on one car automotive company from each sold car will have to be postponed anywhere from 100 to 500 dollars for investment in infrastructure and plant equipment. 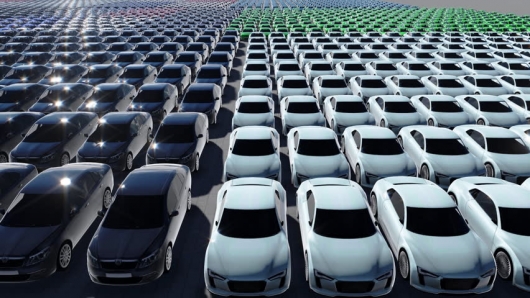 Plus, of course, like any car company there are inevitable engineering costs. Unfortunately, these investments remains unknown to us (all the car companies keep this information locked behind seven seals). But in any case, these costs are enormous. After all, any company create a competitive, efficient, reliable, high-quality, technologically advanced and energy efficient cars. 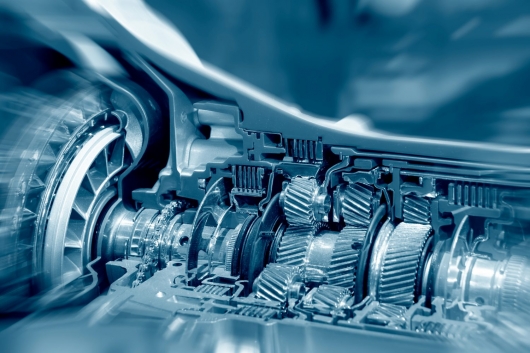 There are expert reports that say that the major car companies spend on developing new models from 500 million to 1 billion dollars. That is, from 500 to 1000 dollars for the car with the release of 1 million units per year. And all this just for engineering. Do you like it? Now imagine how increasing the cost per car, if the volume of the annual serial production will fall to 100,000 cars.

So automotive production is a very complicated business. It is much easier to create computers, tablets and smartphones. Although not common, there are also many. For example, failed to design the car – you are guaranteed a huge loss. It is particularly difficult to create and to launch production of inexpensive cars (e.g., economy class). We must pay tribute to automotive companies which miraculously produce cheap cars, where the profit of car brands often borders on loss.

Especially now that cars can last a long time. You will see what happens. Today, the average global cost of a new car is $ 25,000. In Russia, for example, this value is slightly more than 1.3 million rubles. Cars in good hands will easily last the average drivers 15 to 20 years (and likely, the new car will easily travel at least 320 000 km (and in most cases, and more than 500 thousand km)). Buying a car, for example, for 25 000 dollars, for the entire lifetime of the consumer in the end will cost 0.07 dollars per kilometer. In Russia this value will average about 4 rubles./km. 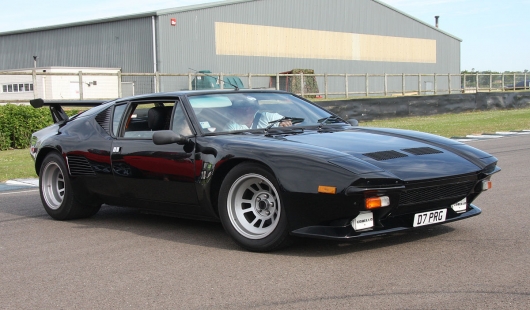 For comparison, the average cost of new cars in the world in the early 1970-ies was 4000 dollars (equivalent to 22 thousand dollars today). However the cars in those years were rarely overcome 160 000 km. Thus, in those years, the consumer vehicle per 1 km of distance traveled costs twice the price. Naturally, the car company received more profit in selling new cars than today.

Why in different countries the same car is different (sometimes the difference is significant)? 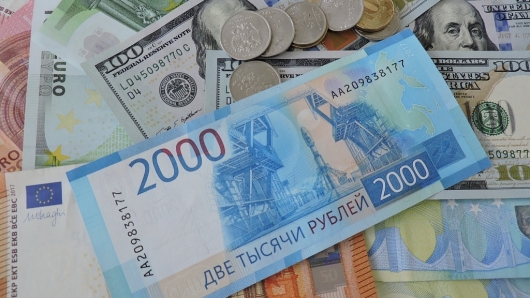 Remember what happened when the ruble sharply depreciated against the dollar, the Euro and other world currencies? Yes, our national currency has depreciated by almost three times at the peak of panic on Russian currency exchange.

As a result, many imports have quickly risen in price twice as low. But look what happened with imported cars? Including those that are not produced in Russia and imported from other countries. You will be surprised, but the cars at the peak of the crisis has risen in price twice. Moreover, if you open the statistics of the cost of a new car in 2015, you will not find price increase even by 20 per cent. But how? Because the car company had to revise the ruble prices for their products immediately after the devaluation of the Russian currency. However, as we know, this did not happen. 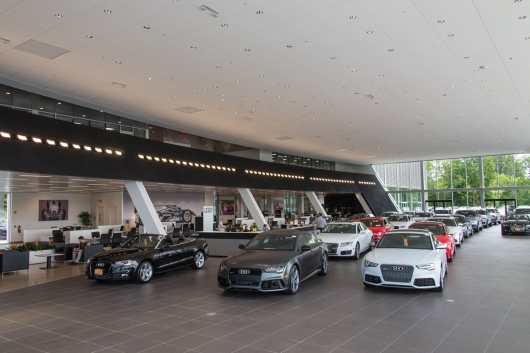 This proves once again that the cost of cars in different markets is regulated by complex calculations car companies. Yes, of course, local price tags on new cars are often closely tied to the national currency. Nevertheless, in the acute phase of the crisis, automobile companies keep prices.

Why at the initial stage of the crisis the automotive companies went on a sharp increase in prices for its products? And the thing is that this would destroy the car market of Russia, which is already in the beginning of the crisis is constantly falling. Plus, apparently, the cost of new cars in Russia before the crisis was overstated. Here at the car companies and had the opportunity to begin a gradual reassessment of late and stretch it out in time. By the way, the consequences of the collapse of the ruble on the market are still felt today, when almost every month a car company to raise prices for new cars.

In General, prices in different markets affects the cost of production of the car in a given market. For example, to produce the car in Europe is much more expensive, than in Russia where the average wage is significantly lower than in the EU. Plus, the cost of energy in Europe is significantly higher than in Russia (in spite of the rising cost of electricity, 1 kWh in our country is the lowest in Europe).

In General for any car company in the cost of a new car should reflect all costs associated with his release. Plus you need to lay 8-9% profit. That is, the maximum margin on the car many car companies. This is enough to maintain and develop the company. 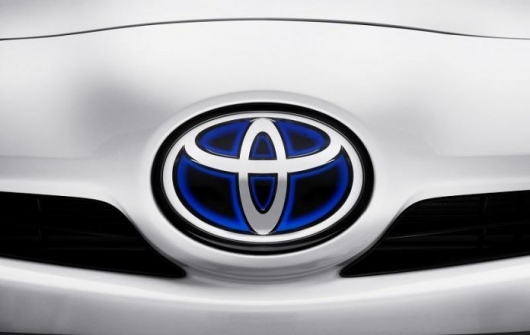 Also do not forget that some of the dealership network of car manufacturers are allowed to make for cars sold, their trading margin. However, most often for selling car companies pay dealers a fee on total sales. Thus, the automaker wants dealers sold cars at direct factory prices. Of course, some dealers cheat. But that’s another story.

So to find out the real cost of a new car, go to the official website of the manufacturer and download the Configurator. Select the car and its options after receiving the final cost of the new car. Then safely take away from that price by 15% and you get close enough the cost of new machinery (cost to produce one car).