How does penetrating fluid for loosening bolts

The principle of operation of various penetrating oils (liquid) 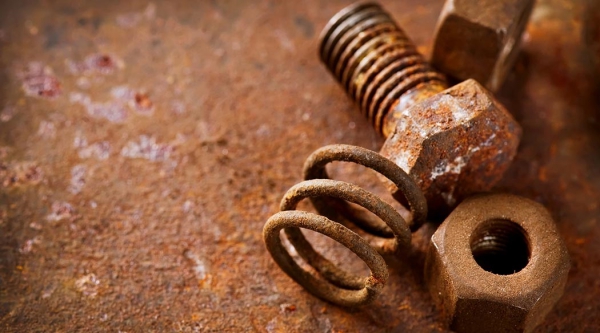 Rusted bolt – a headache not only the mechanics (though mechanics are faced with this scourge most of all), but also other professionals working with machinery and their components: builders, plumbers, drivers of trucks and many other working people. Occasionally faced with such a scourge and ordinary townsfolk. Alas, the water is so well leaks in any malomalski pores that even such a tight connection thread unable to resist the forces of nature. Where there is humidity, even if it’s in the air, sooner or later the metal will begin to corrode and the connection will gradually turn into a single welded rusty piece.

About ways, with which you can remove stuck rusty patina of a nut or bolt, we told earlier. The solutions to the problem, there are many, so with proper knowledge and skill to divide unyielding connection in any case, get. For example, if the cap key does not work to release the threaded connection, come to the aid of the chisel with a hammer, blowtorch, drill or chemistry. So-called penetrating lubricant, or as they are called oils.

Materials on the subject:

Guide: How to loosen a rusty bolt?

How to remove stuck bolt? We have a video response

You may have heard about the miracle of the chemical industry, as the penetrating oil, maybe you even used it and quite successfully. But have you ever wondered how these liquid assistants? How do they manage to infiltrate almost potting compound and corrode corrosive rust? Let us dive into the fascinating world of “liquid keys”, as they are called professionals.

So how does penetrating oil?

In fact, if you thought that the main component of the means for loosening the bolts is oil, then you are inherently wrong. On the contrary, the main objective of fluids is its permeability in the thin gaps between the turns of the thread. Because of this, it must be extremely fluid. If the fluid was the consistency of thick, never happened. See how easily penetrates the liquid in a swirling threaded connection:

High quality “liquid wrench” is gradually shed in a spiral the entire length of the bolt, spreading out the components for the entire rusted area. After that, start a magic treatment.

So, the first secret of “penetrating fluid” – it should be very fluid and the most penetrating.

1. Corrosion rust. Composition is selected so that kinda dampens the rust, like Borodinsky bread, decomposing it into its component parts.

2. This process precedes the displacement of the connection of moisture is the main catalyst for the destruction of metal.

3. After that, on the surface of metal is destroyed by a chemical process of rust is formed lubricating film, which will primarily allow sealing compound is easier to move, and secondly, this film will not be formed of corrosion. At least until you end up there.

As for the protective film remaining on the surface of metal it can be of two types, depending on the composition either chemical layer resistant to corrosion or film of oil, repelling the water.

Thus, the second active “ingredient” is the ability of the composition to join an active chemical reaction, dissolving the decomposition products of the metal.

Also do not forget that the purpose of a variety of “liquid keys” can be varied. This is clearly seen in the video on the YouTube channel of the magazine “Behind the wheel”, a useful application in automotive transmission, “Technical environment”:

As seen in the frame of the program “Technical environment”, all four tools for unscrewing of bolts of different colors. Their coloring is the purpose, what are the nuances of using.

The rightmost liquid has a Golden bright hue. Pavel Leonov, editor of the magazine “Behind the wheel”, explains that this is due primarily to the fact that the composition of the liquid is mostly composed of solvents. This tool is designed for loosening threaded connections.

A little darker, the composition contains more oil, which implies its more universal use.

Third, similar in color to the brew, contains the highest percentage of oil. It is by nature a lubricant with a water repellent effect.

The fourth grease, as you may have guessed WD-40. Look at the experiment, how different means better or worse deal with rust:

Here is another experimental video, which clearly demonstrated the penetrating ability of various means:

It is clearly seen that the penetration properties of various chemicals is different.

Thus, we can draw the following conclusion: a tool designed for loosening bolts, does the job equally well. Before you buy penetrating oil or the Noah stamps, you must read reviews and the use of chemicals. Remember, liquids with a high percentage of solvent adversely affect the rubber parts, boots, rings and so on. Conversely, if the bolt is heavily rusted, use a liquid with a high content of oil makes no sense.

Also, don’t hopes on penetrating lubricant as the unconditional solution. Sometimes against a well stuck bolt you have to use heavy artillery. Links to the examples we posted above.

P. S. “Liquid wrench” can be done at home or use such means as kerosene (has excellent penetrating properties), citric acid, lemon juice or Coca-Cola. For example, like this: