Horses grazing on the road: live from Moscow

Herds of horses run on roads the Moscow region 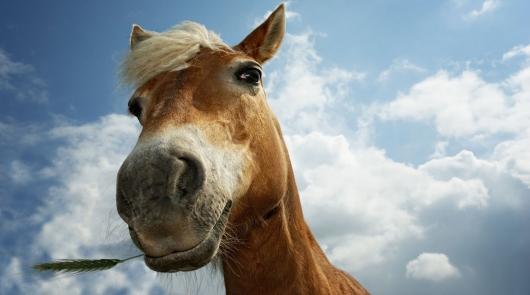 In the suburbs there is a small but ancient TOWN (urban-type settlement) – the town of Andreyevka. Historians say that the first time a St. Andrew’s village was mentioned already in 1585. Since then there have been many events, good and bad, in life of the whole country, and in the history of the settlement. Long ago the village became a city around are apartment buildings, asphalted roads, and shopping centers. But as it turns out the proverb: “the Girl can leave the village. But the village of girls never” can be applied not only to people, but even cities, how else to explain the “grazing” horse in the middle of the road? The freedom of life in nature, not asphalt rope clamps!

“This is not the first case when witnesses noticed the horses on the roadway in the area of Andreevka”, noted on the Infoportal of Zelenograd netall.ru. Here is a vivid and colorful example filmed last year:

What beautiful and original! Although caring for animals, certainly should be. And crash nearby. Fortunately though the road with not very heavy traffic. The owners follow their Pets, and then go, you know, anywhere… Under the wheels trying to jump your horse…