The history of the development of gasoline internal combustion engines

Evolution engines – how it was then and as it is now 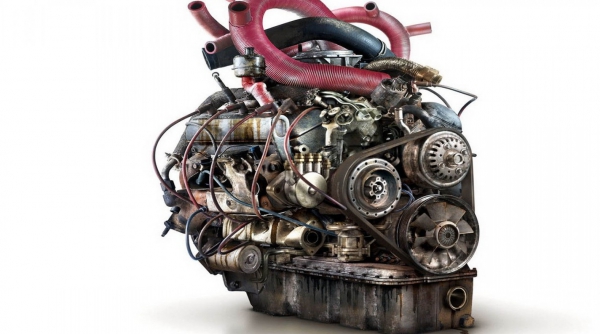 Despite the fact that the first internal combustion engines were designed more than 140 years ago, the modern automobile engines are still extremely much in common with those first units, which according to its principle of action reminiscent of a miniature power plant.

As you know, fuel for the first engine was gas, flammable in a special combustion chamber. As then, today’s motors petrol fumes pre-mixed with air, ignited in the combustion chamber with a spark. Thus it is obvious that the basic principle of the automobile engine has remained unchanged. But with regard to energy efficiency and environmental performance in modern engines, they largely evolved, becoming more friendly and safe for the environment with a substantial increase in efficiency.

One of the key elements in the design of petrol engines until recently was the carb. Such a technical solution for automotive motors can be found today, take a look under the hood of some domestic machines, constructed in the twentieth century.

As studies have shown, upgrading the carb, which is the device needed for quality and proper mixing of fuel and air, at an impasse. To increase the efficiency of carburetors, more was impossible, in view of what engineers in the field of the automotive industry began one after another to abandon the use of carburetors on the engines of their cars.

In addition, gasoline motors are not very environmentally friendly, which in the light of the thesis on the protection of the environment has become an additional incentive of refusal of carbs. It is worth noting that the long operation time of the internal combustion engine involves the lubrication of the friction of the internal parts of the motor by adding the motor oil directly into gasoline. Here it was extremely important to observe the optimum proportions for adequate lubrication effect, however, allowing a minimal amount of soot formed after burnout of the fuel mixture, laced with engine oil. Violation of the technology of mixing gasoline and oil entailed the appearance of thick gray smoke behind even perfectly serviceable machine.

The first engines equipped with fuel injection system, saw the light at the end of the NINETEENTH century. At that time, at the dawn of the last century, when the vast number of automakers worked on improving the carb, one of the German engineers first received a patent for a fuel injection system into the combustion chamber of the automobile cylinder. However, the reliability and practical reliability carbureted engines did not give the possibility to the rapid development of fuel injected engines, which is why talking about the first serious attempts of the designers of engines to run the fuel injection system in a mass production became possible only in relation to the period of the First world war. But it was the German warplanes were the first serial vehicles, whose engines the carburetors gave way to fuel injection. And here the Soviet, British and American aircraft were armed the planes with fuel injected engines only at the end of the war. However, then it was the mechanical fuel injection for its effectiveness is a little reminiscent of a modern electronic system.

Unlike carbureted engines, engines with fuel injection system, differed more power and traction due to the fact that for each combustion cycle, the quantity and composition of the mixture were accurately measured.

With regard to the automotive industry, there is, despite the lower efficiency of the carburetor, carbureted engines remained virtually uncontested for a very long time.

It may seem that the development of automobile engines was not fast enough, however, this conclusion is premature and not fair. One of the first items that play a key role in the work of the motor was the valve exhaust gas recirculation. Recirculation system exhaust is an integral part of the powertrains of the vast number of modern cars. This system allows the most efficient use of the fuel, burning it in the cylinder chambers with maximum effect. Through the process of recirculation of products of combustion exhaust gases recycled back to the engine, where it again participates in the process of ignition and combustion of the fuel mixture. Thus, we achieve not only a more complete burning of gasoline, but also decreases the amount of harmful emissions resulting from operation of the internal combustion engine.

Electronics, replaced the ignition contact, allowed to accurately adjust the moment of ignition of the fuel mixture, eliminating premature ignition relative to piston travel. However, a very long time, electronic ignition was used only for some carbureted engines being a kind option for expensive models of cars, is intended to boost engine output. But because the devices required a complex setup and special equipment, electronic ignition systems has long remained a rarity, whereas the vast majority of motorists continued to burn millions of tons of fuel due to inefficient operation of gasoline engines, equipped with the moral and obsolete ignition system of the contact type.

The use of a lean fuel mixture

Option of increasing the efficiency of gasoline engines has been a shift for some developers to use a lean fuel mixture. Engineers had altered the usual ratio of the fuel mixture. This technology in the second half of 70-ies began to build their engines, engineers Honda, Mitsubishi, Nissan and some other manufacturers. But as the motors designed for the application of the lean mixture, required the installation of complicated and expensive catalytic converters, these units did not stick and by the early 90-ies almost completely ceased production.

Perhaps the most important step in the evolution of automobile engines is the development of electronic fuel injection. Compared to the mechanical counterparts, the electronic system allowed much more control over the quantity of mixture supplied to the combustion chamber. The initial technology provided for the design of single-point electronic injection, on change which came system multi-point and even multi-port injection. However, the multi-port injection is almost never used today because of the complexity and high cost of construction.

Today in the design of the fuel injected motors are widely used in oxygen sensors, known as lambda probes. Such sensors are installed in the exhaust system, performing the function of monitoring the combustion efficiency of fuel in each cycle. Many cars have two or more oxygen sensors mounted before and after the catalytic Converter. With all the pros, lambda probes have a significant drawback, especially noticeable in the Russian conditions of operation of vehicles. These devices are extremely sensitive to fuel quality and the use of poor-quality gasoline can fail after a few thousand mileage.

In addition to engines operating on the principle of the Otto cycle, in the world of modern automotive industry are used and other technologies. So, alternatively you can call the motors operating on the principle of the Atkinson cycle. However, such engines are not as common due to less power ceteris paribus feature. As a rule, petrol engines running on the Atkinson cycle used in hybrid power plants.

Today, as a hundred years ago, the designers continue to work on improving efficiency of automobile engines. So, maybe soon in spark plugs are used laser technology, and for the manufacture of the throttle will be given alternative materials.