Tablet as in “Tesla”, electronic handbrake and wireless charging: ‘ll see it in 2020 restyling of Lada Vesta 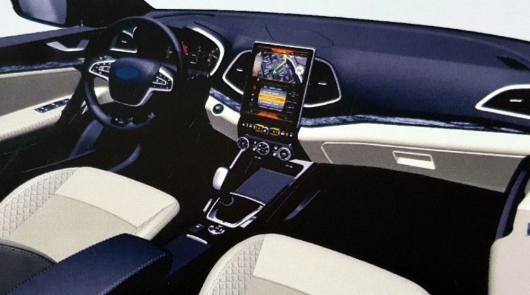 Lada Vesta is possible to love and hate, to believe that the company will develop the top model in their budget line or will follow the path of least resistance, CLEPA similar versions over the next 15-20 years. It is even conceivable that inexpensive by global standards, a car with good looks can do to please foreign buyers and Lada all the same can become a global company with really great sales, what did not work from the manufacturer in the Soviet years. But obvious is the fact that the work to improve, at the moment, continues its pressure is not going to decline.

For example, recently, the Internet leaked photos of the sketches of the interior of the modernized Lada Vesta 2020. And it’s not fancy home designers and perfectly working sketches, made during a closed-door presentation organized for dealers of “Lada”, which took place in the Northern Palmyra, as poetically called Saint Petersburg. The first image was first shown on the YouTube channel VsyakoRazno:

So, as becomes clear from the video, AVTOVAZ is preparing a full restyling of its model. The novelty should appear in the second half of next year as the version the 2020 model year.

The photographs show two variants of the interior. First performed in classical black and beige style, the second in black-and-orange “sport” style. But paint inside is just a matter of taste, but what really counts is technical changes to the restyled version.

The first and most important update that is conspicuous, it becomes a completely redesigned front panel, torpedo (note the stylish plastic edging between the upper and lower parts of the panel, looks expensive) and installed a rather big size tablet in the type that we saw on the Tesla Model S! The items in the virtual control system as would be installed separately from the torpedo, apparently going beyond its dimensions, and below the touch screen LCD display as before controls the climate control and auxiliary functions.

Here it is worth to note that the real buttons on the front panel apparently will become more stylish, with a unique eye-pleasing light: 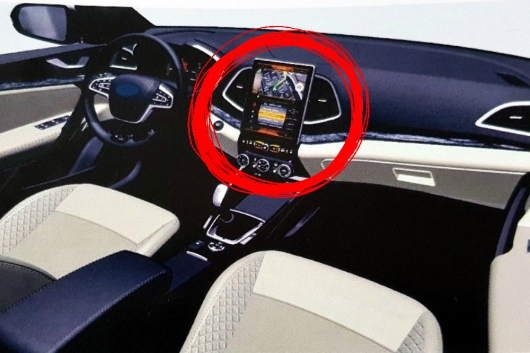 Changes the Central tunnel, in front of which will appear in the box for smartphones (according to some, known to date, it can be implemented wireless charging for the Qi standard):

Updated gearshift lever, as well as consideration for Lada for the first time, you may receive electronic handbrake! At least the render is not the usual “paddles”, but there is a button for the electronic equivalent, it is visible right behind the CAT on the left. To the right is seen “Twister”-Lada Ride selector to Select the mode of motion.

Cup holders are hidden under a sliding shutter, which will give the salon model to greater accuracy.

And interior doors, the so-called “door card” will also be updated. In the colored version, all this stuff sure looks more interesting and modern. Also changed the shape of the handles opening of doors and decorative elements, as well as the style of the vents. 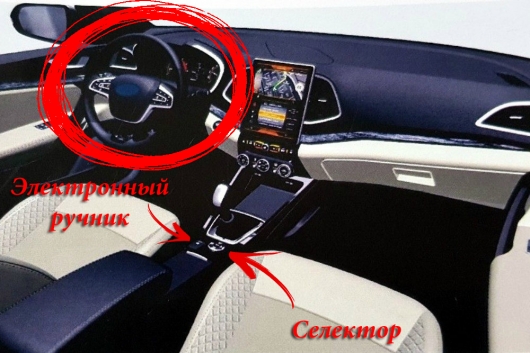 Clearly changed the wheel, he also tried on a new design, has become more compact (at least in appearance) and better fit into the new design. The dashboard will now be two “wells” in which the hidden speedometer and tachometer to not shoot and large display trip computer.

The seat remained the same.

Externally, all variations of the model Vesta, sedan, wagon and Cross will have to obtain updated rims, new bumper and radiator filesresearch. Expected changes in the optics, both front and rear.