The authorities soon get rich on the fines on railway crossings 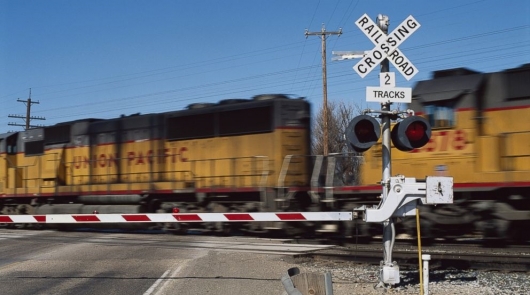 In the spring of 2018 in State Duma was introduced a bill prepared by the Ministry of transport of the Russian Federation, according to which dramatically increased the penalties for violations at railroad crossings. Today the state Duma considered in the first reading the package of amendments to the Code of administrative offences. According to them, the penalty should increase five times, up to 5 thousand rubles. Whether the proposed measures to change the situation and to stop the epidemic of fatal accidents between rail and road transport? Let’s look at the problem more closely.

What changes will be made to the administrative code? 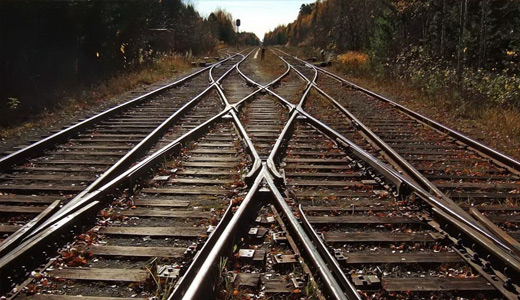 First and foremost, you need to understand in what article of the administrative code will be amended and in what direction they turned the current situation. According to legislative draft, the Code will change the current two part article: Part 1 and Part 2 of Art. 12.10 of the administrative code “Violation of traffic rules through the railway track”.

The greatest changes will be made to part 1 of article 12.10 of the administrative code. In the current version it reads as follows:

shall entail the imposition of an administrative fine in the amount of one thousand roubles or deprivation of the right of management by vehicles for the term from three to six months.

As soon as the bill will come into force, the ban will get even one item that is not specified in the current edition of Chapter 12 of the administrative code: the passage through the unregulated railway crossing will be banned if it is within sight of the approaching train (locomotive, trolley). The penalty for violation of this paragraph is 5 thousand rubles or deprivation of rights for six months.

What is the distance and how it will be regulated? According to the Order of the Ministry of transport manual for railway crossings three years ago, the rules of visibility of a train approaching a railway crossing should match the speed of the movement of rolling stock on a particular stretch of railway. For example, if we are talking about a branch, where the road cross the road shunting locomotives at a speed exceeding 25 km/h, the motorist must be provided with visibility around 100 metres. If the stage set the speed of movement of rolling stock over 80 km/h – visibility should be 400 meters and so on, up to 600 meters.

Thus, the legislator assumes that the input term “limit of sight” clearly and transparently explains the algorithm of actions of employees of traffic police (or cameras videofiksatsii violations will be automatically writing tickets), which, after the entry into force of the project, you can often see on the problematic crossings, and unfortunately, as is often the case, care staff will not about security, but about the implementation plan on catching violators. And the truth is, why not use this handy “tool.”

Relatively speaking, a kilometer away, loomed a moving train, and the driver of the car unsuspectingly crossed the railroad tracks. Please violation to the person. And who will be there to continue to understand how far was the engine. 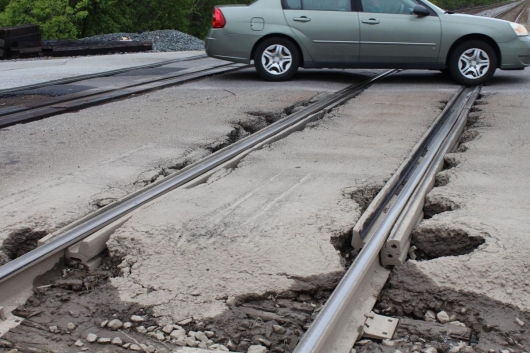 Moreover, even the deputies themselves, apparently do not quite understand coined the term as a specific explanation thereon is not given, preferring General concepts.

The second part of article 12.10 “Violation of traffic rules through the railway road” will change only sanction. Such violations of the rules of journey of railway crossings as – failure will stop before the stop line, stop not closer than 5 m to the barrier, arbitrarily raising the barrier and others will be punished by a fine of 5 thousand rubles.

On the second point, admittedly, all quite transparent and does not cause a great number of issues. Perhaps, except for one thing: “Will it all work?” But believe me, this is a very important question.

The article which is updated

Complemented by: the passage through the unregulated railway crossing, if it is within sight of the approaching train (locomotive, trolley)

The violation of other rules of journey of railway crossings: failure will stop before the stop line, stop not closer than 5 m to the barrier, arbitrarily raising the barrier…

A fine of 5 thousand rubles.

The problem, as usual, lies not only in sloppiness and disregard for their health and life of drivers of road vehicles, but the lack of such an important site as the W/d moving to the modern car flow.

Let’s see what happens with the move in the near suburbs, some of them afraid to go – that look stuck. Around the hole, moving broken. The exception is the direction of the Oktyabrskaya railway and it is only because there runs a train “Sapsan”, developing 200 km/h. Some crossings not equipped not just lifting barriers-barriers, and even barriers. But the suburbs quite well in this regard. Imagine what happens on a lonely picket beyond the Urals, in the taiga…

According to the Railways for the five months of 2018 moving through the fault of the drivers was 123 a collision with a train, in 3 cases the rolling stock derails.

In General, we conclude that this measure is unlikely to significantly reduce the number of accidents on railway crossings. Standard higher fines can only give a momentary effect, without capacity for the future. Of course, to beat the ruble need and arrange trips also needed. It is estimated that the state annually loses billions of rubles due to collisions of trains and cars. Disrupted delivery schedule of goods goes down rolling stock, deteriorating railway track. So why not stop losses, once having secured the crossings for drivers and from the drivers themselves?

Prior to that, it seems very far away. Yet, the only barrier is ubiquitous cameras, which in 2018 for crossings to be installed about 130 pieces, in addition to the already existing 127 videonabljudenija – a drop in the ocean of course – moving around the country more than 11,000 pieces – but it will be a little sober drivers, who decided to slip on red. They will collect money from the offenders to the nearest N-th number of years.

Will there be a light at the end of the tunnel? 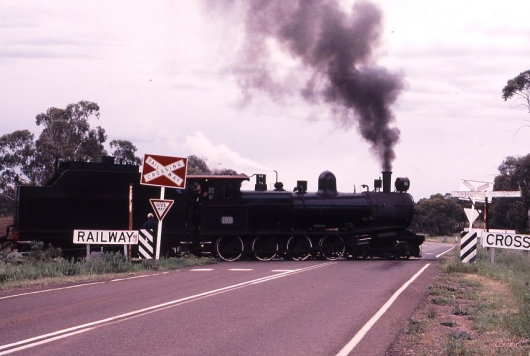 According to the draft transport development strategy up to 2035, it is planned to equip crossings with automatic or ideally, skip the road under or over the railway overpass. It takes 20 billion rubles, and, apparently, more than one hundred victims…