Here’s how the electronic Parking brake

The principle of operation of the electronic Parking brake 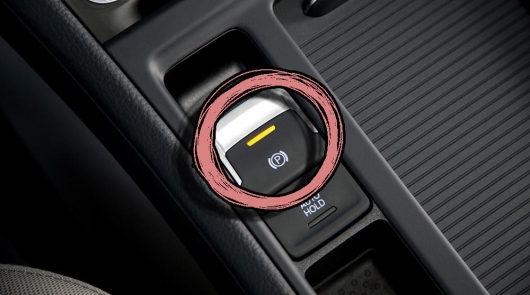 Quickly fading are the days when we all when buying a new or used car could settle for two, maximum three types of hand brake. It could be a handle above the Central tunnel is driven by hand, small pedal hanging over the area of the left leg – it was a foot operated “handbrake” and hydraulic handbrake for lovers of the drifters. He clamped the pads without cable, with enough power and excellent modulation (the clamping pressure is finely regulated in a wide range). Finally, to this Pantheon of the “handbrake” was added to the electrical system or as they are more correctly called – electronic Park brake system. How do they work? Take a look at this miracle of technology and engineering closer.

In the early 2000-ies BMW released the revolutionary design car – new flagship sedan 7-Series E65. Prestigious cityradio was not only beautiful, but had a great inner peace. In addition to the interior, advanced at the time, the model introduced the first electronic Park brake system where the function is now activated by the little button. Button stood to the left of the steering wheel. 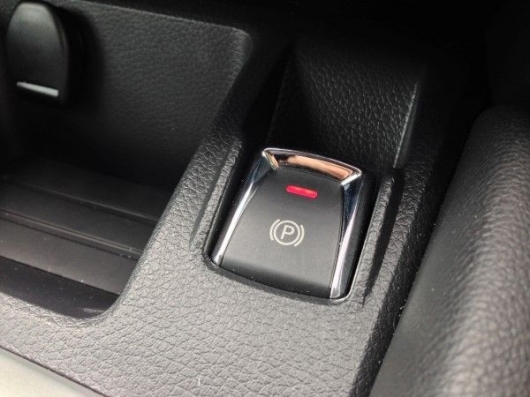 From then on, where before most of the cars activated the Parking brake or lever beside the driver’s seat or by pressing on the small locking pedal that was mechanically connected metal wires leading to the rear brakes, was introduced a new era of production cars that use convenience electronics.

The idea was instantly picked up by other progressive manufacturers. Buttons started appearing everywhere, but the only thing that unites them is the presence of small, neat buttons with which the driver activated the system. However, patent law has led to the need of creating a variety of electronic systems, which led directly pads the handbrake in motion. And working versions were produced many. Here are the most common ones:

The first type of system is the hand brake 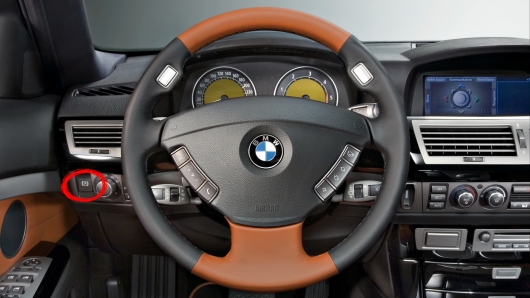 The first of the two most reputable electronic Parking brake systems (EPB) is still included mechanical cables, but instead of cables is driven by the mechanical force to them was attached a small electric motors that were taken care of on tension cables.

The motor was controlled by its own electronic control unit or, in some cases, the program has been registered in the Central control unit of the vehicle. When the EPB button is pressed, the signal sent to the motor, so that with a certain force clamped the pads to the brake disc to prevent the car from rolling in place.

In particular, models from the E65 BMW 7 Series electric motor is conveniently located under the boot floor, making it easily accessible for repair. It was the right step for engineers because, as shown by this video from YouTube channel “AutoTech USA”, because of plastic gears, which had a tendency to rapid deterioration, the operation of the Parking brake which, eventually, led to breakdowns. The video also gives a good idea of how the system works cable tension:

This type of system, as it is easy to understand, had another significant advantage is the interchangeability of components. Caliper, wires and in General the mechanics of the handbrake is fully consistent with the traditional mechanical Parking brake systems. This makes possible the installation of electronic Parking brake on cars with a traditional hand brake.

The second most common type of system electronic hand brake (EPB) completely departs from the cable mechanics. Caliper integrated braking system 2 uses a small electric motor attached (mounted) to each rear brake caliper. Each motor drove the pistons with the pads in the caliper, pressing them thereby to the plane of the brake disc. The animation shows how to walk this type of piston:

The obvious advantages of such technology are also a decent amount. First, in the past goes a lot of moving parts. No more stretched cables, no need for additional setup. Second, the compact technology is easier to integrate with other electronic systems of the vehicle.

In the press release for the BMW E65 7 Series glorified electronic Parking brake as a means of convenience and the new safety function. The electronic Parking brake is allowed to use it at any time when the vehicle is stopped (with the handbrake worked in the blink of an eye and without much fuss), which caused the driver less of a concern when stopping on an incline or in traffic, and in its hold, it additionally performs the function of stabilizing the emergency brake.

An additional benefit is the protection of the vehicle “from unauthorized use” because the brakes are locked with the engine off and are only unlocked when returning the electronic key. Other benefits of the modern electronic Parking brake systems include coordinate systems, traction control systems and Parking assistance. 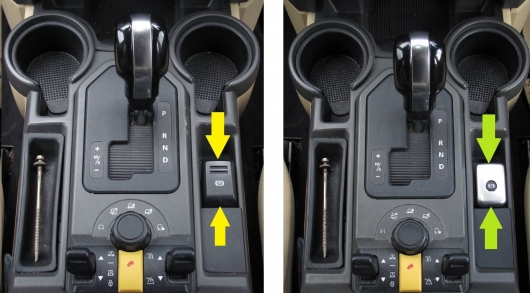 In addition to the convenience and security of electronic Parking brake system has also improved internal layout for designers. No need to allocate space for a pedal or handbrake lever, as well as to lay insulated cable connection. All this adds flexibility to interior design.

The disadvantages of electronic Parking brakes are the potential for more complex and costly maintenance, and in some cases repairing, and the loss of the ability to drift with the handbrake.

But for the vast majority of drivers promoting the security and convenience worth the loss of a direct link with their Parking brake.