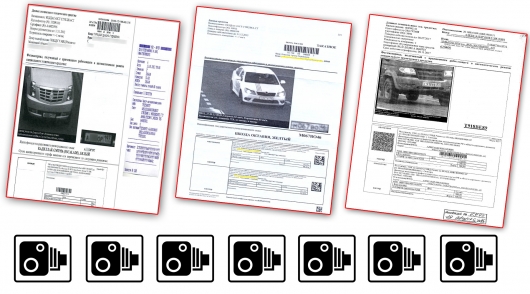 Well we are for this country? You will see various forums where created thousands of themes on how not to pay traffic fines how to avoid paying the vehicle tax, and so much more that is obliged to pay the driver/owner. Yes, there are still more fans of a freebie and those who do not respect the law. But the time for non-payment of fines, taxes, etc in most cases motorists were not in danger, is over. Today, for example, late payment of fines for traffic violations can lead to huge problems, and the amount of the fine should increase significantly. Unfortunately, very often motorists forget about it. And Oh, how in vain. A then regret.

Now, recall that according to the current legislation the decision to prosecute the driver to administrative responsibility may be appealed against in court within 10 days of its receipt. That is when you received “the happiness letter” with a fine, you have ten days to challenge the decision in court. 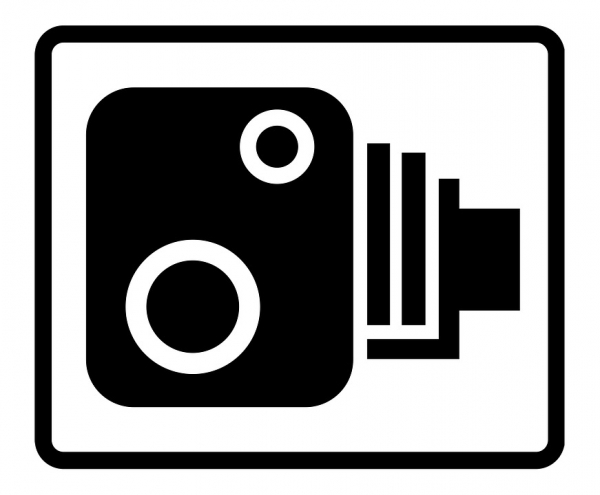 By the way, this is enough to file a claim in court in a short form with text in the form of “decree number so and so disagrees. The rules are not violated”. In this case, if you reverse your prescribed fine, the decree enters into force.

It is also worth noting that the decision on violation of traffic rules can not become effective only from the date it is received by the driver in his hands.

So, at the moment, if the resolution came in the mail and not claimed by any driver within 30 days, it will be sent by the postal service back to the sender. After the return of “letters,” the decision on the penalty will come into force. Unfortunately, soon after the entry into force of the new rules of storage of mail, which was developed by the Ministry digital development, communications and mass communications of the Russian Federation, such a departure by an administrative law equate to justice.

In the end, the fines will be stored on the mail in just 7 days, after which unclaimed “chain letters” will be sent back to the senders address. The result of the decision on administrative pravonarushenii unclaimed drivers, the fines will enter into force much faster. 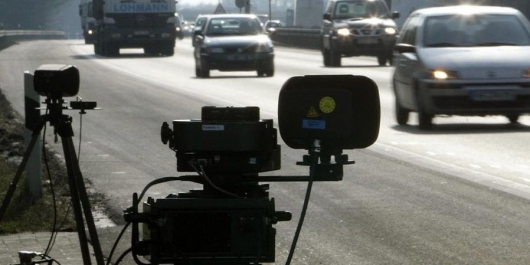 So, after the resolution of the fine came into legal force, the driver has two options: pay the fine within 60 days or if the driver has not received “the happiness letter”, to apply to the court for restoration of the missed term of appeal, due to the fact that no penalty was received in the mail for a good reason.

The result is that, under today’s current law, if you do not pay the penalty within 70 days, the traffic police or the MANAGEMENT (if we are talking about fines which are the responsibility of the organization) must not take any action to enforced recovery of an unpaid fine. But at the end of this term becomes much more. 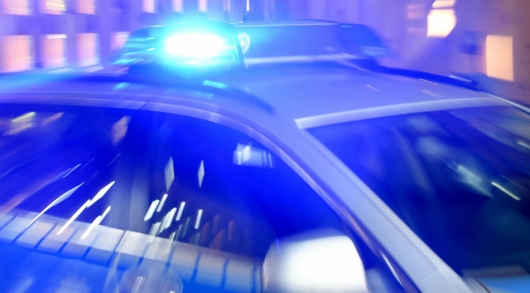 Contrary to the myth on various forums on the Network, the difference between the fines issued by traffic police and automatic complexes of fotovideofiksatsiey, no. That is, the period for appeal, deadlines for voluntary payment, etc. is exactly the same, and the liability for late payment penalty.

What happens if you don’t pay a fine for a traffic violation on time? 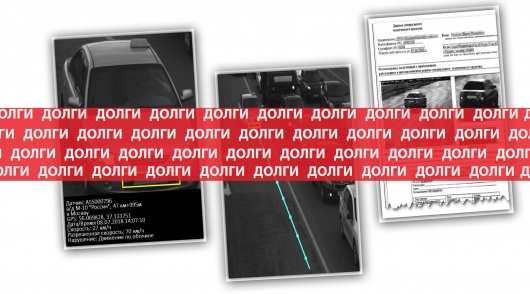 No matter who has written you a ticket: the employee of traffic police on the road, or you received a ticket in the mail (for traffic violations recorded by photo and video recordings of the complex), for late payment of a fine (penalty payment you have 70 days from receipt of the decision about attraction to administrative responsibility or 60 days from the date of entry into force) is also provided for administrative liability, so called in common “penalty on penalty”.

What are the actions of the traffic police if the driver is not paid on time the fine? 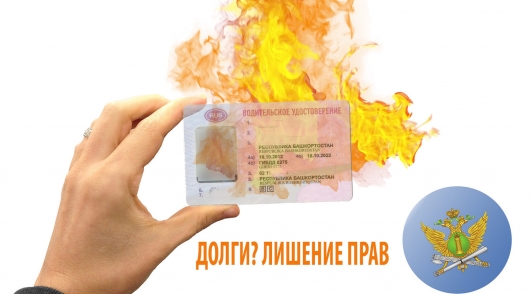 Under the law, if the driver in respect of which the earlier was made the administrative Protocol on violation of traffic rules, for which the perpetrator was brought to justice in the form of a fine, which in the subsequent has not been paid, the case shall be transferred to the bailiff service, which will continue to knock the debt on the penalty from the driver at the place of its registration.

Also the traffic police has the right to make concerning the driver does not pay the fine within the statutory period, an administrative report in accordance with part 1 of article 20.25 of the administrative code and send the case materials to the court, which will decide whether to fine the driver for unpaid or untimely paid a fine, or arrest violated administrative law.

Most often to drivers who have not paid on time the fine or pay the fine at the expiration of 70 days after receiving at the hands of an administrative regulation, courts apply a penalty of a fine of double the amount. As you can see, the amount of an unpaid fine can pretty quickly grow twice. 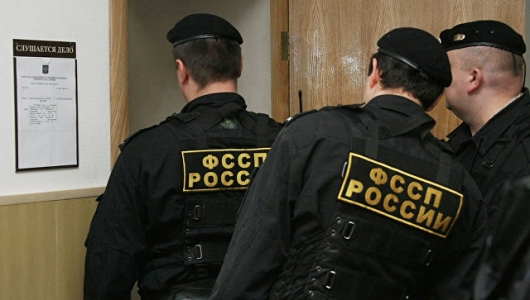 By the way, before the traffic police authorities because of imperfections in administration of unpaid fines and sluggishness of the service of judicial bailiffs do not have time all the materials for the drivers who have not paid fines, carried out under article 20.25 of the administrative code. Today, according to traffic police, the majority of cases the defaulters are brought to the end (in respect of debtors drawn up on late fines).

In this case, be prepared that the amount of debt will grow by 7 percent. Also according to the law, the amount of enforcement of the penalty may be increased judicial bailiff-executor of less than 1000.

So, let’s calculate how much it will cost to driver disrespect for the law if, for example, to violate traffic rules, to a fine of 500 rubles and not to pay it within the statutory period, waiting for collection by bailiffs and summons under part 1 of article 25.25 of the administrative code. 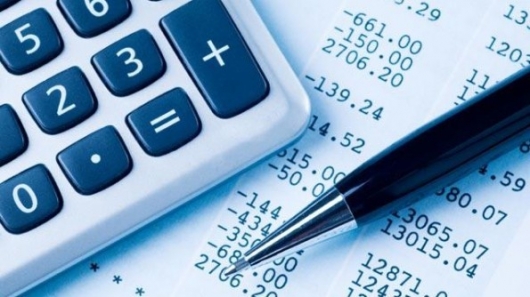 In the end, not only that the debt on the fine will increase to 1000 roubles and will amount to 1500 rubles (article 20.25 of the administrative code), and the bailiff will increase the amount of debt in 1000 roubles for the procedure of enforcement. That is, in fact, not paying 500 rubles, the driver in a relatively small period of time will have already 2500 roubles, 500 roubles of the basic debt amount for the penalty in 1000 roubles under article 20.25 + 1000 rubles for failure to voluntarily pay the debt for the penalty.

The saddest thing is that, despite such formidable mathematics, the sum of debts on fines has been growing for several years. And this despite the fact that the authorities a few years ago allowed many fines for traffic violations to pay for the first 20 days after a ruling on the penalty with a discount of 50 percent.

Every day in the country, more and more motorists don’t pay fines. Many of them think that the police will forget about them. Yes, under the law of any issued administrative penalty operates 740 days (2 years and 10 days are given to appeal). If during this period the traffic police will take against the driver does not pay the fine, any action (pass the debt on the fine the bailiffs), this will burn fine.

By the way, that is what many motorists and hopefully, when deliberately don’t pay these fines for traffic violations. But the percentage of such cases is currently small. So that drivers better not to count on that will forget about them in the traffic police. Every year the traffic police all the more serious fighting with those who pay late fines or no pay.

How not to miss the traffic fines and time to pay for it? 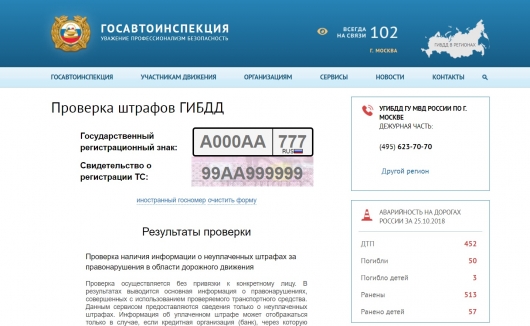 Unfortunately, due to the fact that soon our country will change the order of storage of mail on administrative offences (the letters will be stored 7 days), there is a real risk (especially when you consider how e-mail works in our country, when notice of registered letters thrown in the box almost to the last day of storage of correspondence), it is likely that many drivers do not know about the accrued fines for traffic violations. For example, when the email notification does not reach the addressee or when the driver would not know about the registered letter being in a long trip or hospital treatment.

In this case, there is a real risk to break the law without paying a penalty. In this case, the traffic police recommend to each driver to check through various online services (check fines to the traffic police check through the service Autocode, verification of fines through the portal of public Services). It is advisable to do this at least 1 time a week in order not to miss the grace period of payment of the penalty, which is only valid for 20 days from the date of adoption of the resolution on involvement of the driver to administrative responsibility.

What if the penalty is paid, but in base of traffic police hanging in the balance? 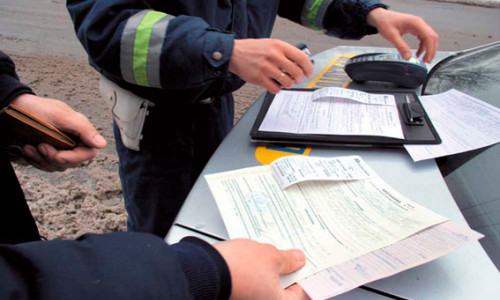 To do this in the online service of checking traffic fines, select the fines, which, despite your payment, it is listed in the database as unpaid, and attach a copy of the payment receipt. A little later, the penalty will disappear.

How long after the payment in the database of traffic police will show you paid the fine?

Please note that after the payment of a fine in the database of the traffic police could not immediately disappear. On average, information about paid fines goes to the traffic police database within 5 days. Unfortunately, it all depends on the banking organizations or payment system through which payment was made.

So don’t worry if you pay the fine, a few more days see our database on the website of the traffic police for unpaid fines. If the penalty continues to hang as unpaid after 10-15 days, you can do as we have described above. Also to prove the fact of payment of the fine, you can through the portal. To do this in front of the information about unpaid fines, click “Appeal a fine” and follow the instructions.

What if not only do not pay in time the penalty, but not to pay the penalty in the double size according to article 20.25 of the administrative code? 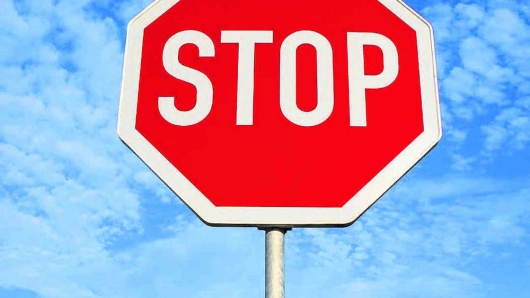 You can again draw on paper 20.25 of the administrative code. In this case, your duty is not only will double again, but you really risk to administrative arrest.