Here is what Lada cars will put a box robot machine

The pros and cons of robotic transmission for cars Lada 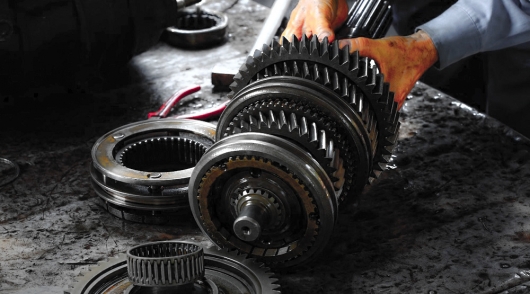 Automated transmission on cars Lada… the notion is quite controversial. On the one hand, it’s really a good option for a moderately lazy driversthat don’t want to constantly pull the handle a manual transmission and stomp the clutch pedal with the left foot. On the other hand, the mechanism of the strange concepts of their work, it is not automatic gearbox, and not “mechanics”, but something in between with all the ensuing consequences in the form of need to get used to live with a strange mechanical Assembly. One witchcraft with the downshift which is… to do, like you have to press the accelerator pedal about 50% and then the “brains” of the robot will understand that you want to shed the gear and it will mind you. Press the gas pedal more, will drop more gear. And the combined method of operation of AMT is when out of auto mode, you can switch to manual and back? Also those still dancing with a tambourine for the ordinary motorist.

True for all non-standard oddities of the AMT you can get used to – here it is in practice, but that’s obvious shortcomings, users are not going to forgive AVTOVAZ have, and do vazovtsy did not intend to leave a half-baked unit in the course, so I updated it. Updated engineers VAZ and told all there is to know about improvements, and what cars will be “robot”. 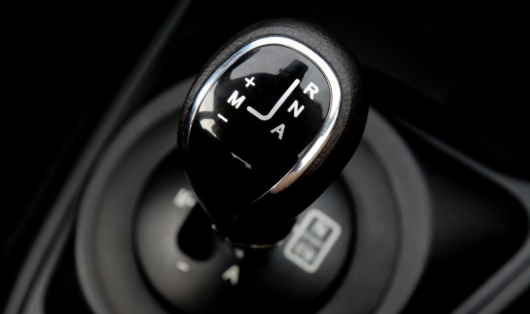 By the way, officially, the residents were told that substantial changes will affect the AMT, in the late summer, shortly before the presentation of the updated MIAS 2018 Lada Granta. Then the main changes to the AMT called:

The emergence of a new regime – the so-called “crawling”, “sport” and “winter”

Reduction of the time of the gearshift robot almost 1/3

And the installation of the clutch driven plate to a high temperature resistance.

But if before the Moscow motor show, was a presentation of AMT 2.0, then no more than yesterday on the roads of Sochi, AVTOVAZ has already demonstrated operation of its new transmission in real conditions, adding some interesting details about the second generation of the automated box, which collected all the world.

“The automated transmission was developed jointly with partners from Germany: the main company ZF, copartner — Porsche Engineering. Porsche experts were engaged in setting up the basic version of the transmission”, project Manager AMT Vladimir Petunin. 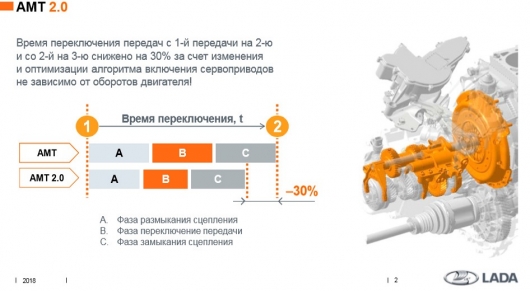 Made in Togliatti to improve the performance of the machine?

Was installed new firmware, now she’s calling the shots from the two boards of management controllerused to “brain” consisted only of one plank. 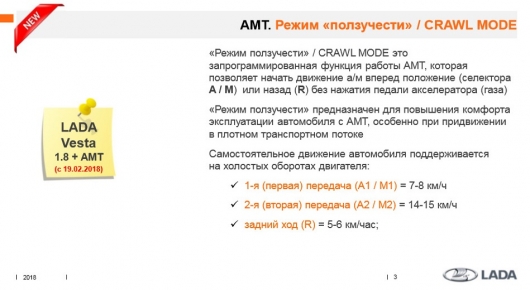 “Crawling” mode for tubes operates as follows: it is sufficient to release the brake pedal and the car begins to roll forward at a speed in first gear of up to 8 km/h on the second — up to 15 km/h. Interestingly, the mode is available and for the reverse, although the speed for security reasons is limited to 6 km/h.

Even for the sake of security “mirror” mode is deactivated automatically if: open the driver door, set the Parking brake or place transmission into neutral. 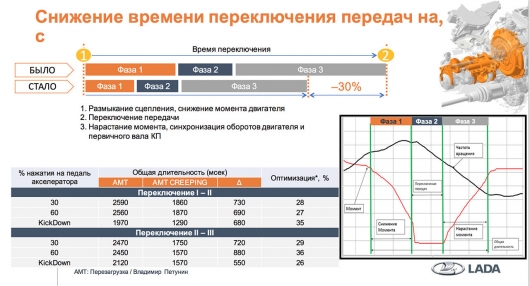 Thanks to the new firmware, the gear shift time has decreased by 30% when switching from first to second and from second to third speed 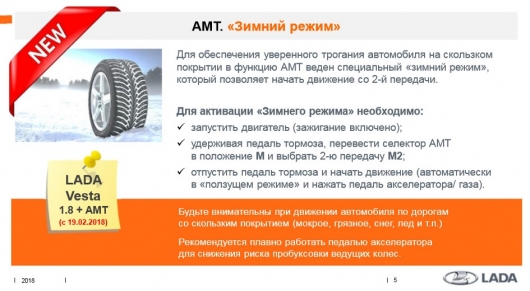 “Winter” mode allows you to start with the second gear when driving in manual transmission mode. Just as you would on a normal manual box or you made a box “machine”. 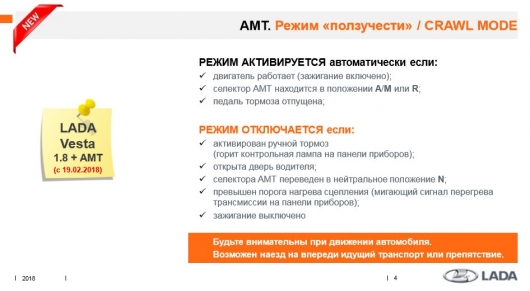 Finally it will be possible to bypass the “thoughtfulness” of the box, where it is already dubbed a “dream summer resident-pensioner”. A third optional mode becomes “Sport”, activated at the request of the owner of the private key. “Sports” will appear as “automatic” and “mechanical” forms of CAT. What will change? As they say, the engine and transmission will start to work differently, I suppose, more aggressive and the car will no longer sleep in one Shoe. At least promise that when switching to manual control of the gear box will not be forced to step things up a gear, breaking off the entire drive.

That is, in General, are a lot of changes and they are quite positive. Owners and passengers will be more comfortable and easier to ride a VAZ models equipped with the AMT, what do you need from a normal PPC?

By the way, here are the models in which you can meet robot 2.0: