What a responsibility for the toll road without paying? 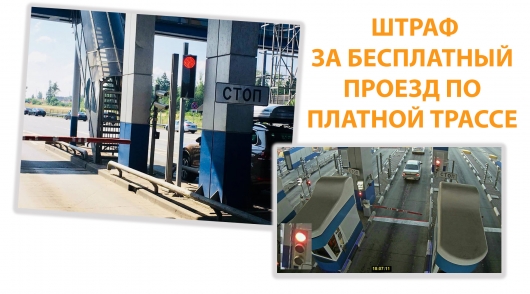 Did you notice how fast in Russia there are toll roads? To ignore it is impossible. Each year the number of toll roads is growing like mushrooms in a forest after a rain. The worst that the authorities are not really trying to give motorists a decent free alternative.

In the end, the citizens remained poor choice to go on the free road (sometimes broken, uncomfortable, etc.), losing time because of speed limits, due to congestion or due to potholes and numerous cracks in the road, or to go on the toll road, the travel on which sometimes surprises even wealthy car owners. But today we want to talk about the toll roads, and those who choose to drive on toll roads for free.

It is noteworthy that such “rabbits” began to appear immediately after the first input of pay sites in our country. And it is logical. Who doesn’t like freebies. Especially in our country where people are sometimes willing to save on everything, starting at their own health and to foods, but can buy the latest money latest iPhone model.

Yes, indeed, what Russian people do not like freebies? 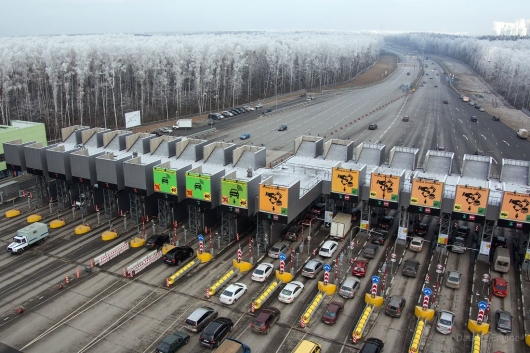 As they say, on a freebie and vinegar sweet.

Here and do not want our citizens to pay tolls. Someone does it to protest the exorbitant rates that are allowed to install our powers. Some people prefer to ride on the headscarves “rabbit” just to save money and time. This is usually a category of people who want a free ride and the bus and train. There are those who, on the one hand, I agree with the fixed rates on the toll roads, I believe that the authorities should have before you enter the toll road, to put in order the old free road.

In General, everyone who drives on the toll roads, its own excuse. But what about the owners-“hares” manages to drive through toll roads without paying? There are several ways to do it.

For example, according to GOST toll road, as a rule, are equipped with soft barriers. That is, the barrier is unlikely to damage your car. In the end, many brave men just RAM with dispersal barrier at the exit, pushing the barrier aside. However, in most cases, it damages the barrier that has already been drawn to damage another’s property. Therefore, such “transicon” on the toll roads a little bit.

Most of all freeloaders who pay runs leave without pay with the help of special techniques of driving.

For example, in order to travel without payment of the toll motorway, drivers are”hares” coming close to the front of the car, whose owner honestly has decided to pay the fare. Thanks to the minimum distance to the vehicle ahead of the riders have time to leave the track before it closes automatic barrier.

Here, for example, a video in which the author shows how he leaves the toll road. According to him, he does it as a protest and because of unwillingness to pay, because the authorities have not offered the drivers alternative.

Most often these “hares” hitched to the cars that go with the paid section of the road, with the help of a transponder, which allows, without stopping, contactless travel payment from your personal account. The fact that the barriers on the runways, to accept the transponders, open in advance so that the car left the track virtually non-stop. To protect the car from the barrier, the developers set them up so that closing the gate did not occur immediately after vehicle passage, but with some delay. In the end, if close to drive up to the car, leaving the motorway at the transponder, the “hares” will manage to slip through before closing the gate.

Is there a fine for unpaid toll road? 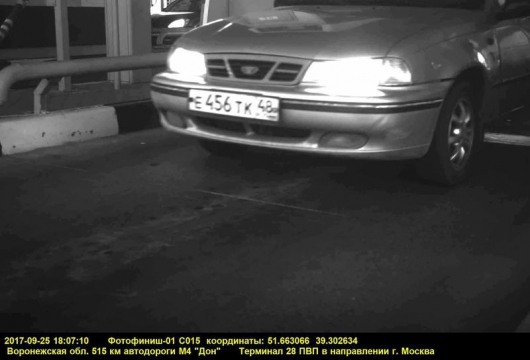 So, as you can see, fans of free services is not so difficult to ride without payment of toll roads. But is there any responsibility for this? Theoretically, of course. Indeed, in the time of arrival on the toll road the driver is, in fact, concludes with the statement, charging the toll, the oral agreement in accordance with the Civil code of the Russian Federation, in case of default which, in theory, the driver is liable to the owner of the road. Only here to sue a huge gang of “birds” is almost impossible.

Be fined directly for a free driving on toll road also not. The fact that Coupe there is no such article, which would establish administrative liability for non-payment of toll road. In the State Duma have long lie several bills that propose to introduce administrative responsibility for the exit of the toll road without paying. But judging by the movement of these bills on the sidelines of the state Duma, most likely, in the coming years, these articles in the administrative code will not appear. Especially because the toll road is, in fact, commercial projects, under which all losses are caused by the drivers, the owners of pay-runs, should only be considered in a judicial order.

How so? So, a large number of riders and will ride for free, and law-abiding drivers will pay? Indeed, in this case “birds” will be more, the owners of toll roads just again raise rates. In the end, in fact it turns out that someone pays for himself and for fans of a freebie. 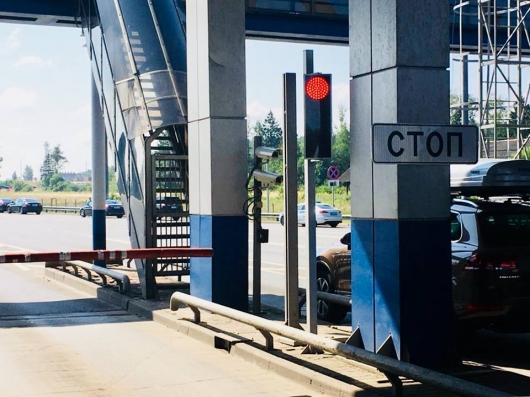 Really soon, we think this mess on toll roads will come to naught. For example, recently on the toll highway M-4 “don” started to install traffic lights according to GOST. These lights are installed in front of the barrier. But that’s not all. After traffic lights were also installed camera photo and video fixation of violations of traffic rules and the road surface was a painted stop line.

As a result, recently the “hares” on the toll roads have begun to send fines for driving red light signal. Recall that for this violation the driver faces a fine in the amount of 1 000 rubles. But that’s not all. For repeated journey on red traffic signal in the year since the last similar offences the driver is already facing a larger fine, which is 5 000 rubles.

In the end, as stated by Avtodor, the number of drivers who are not paying fares on the route M4 “don” were considerably reduced. Most likely, this fashion on the drive on a scarf “hare” will come to naught. Agree after all that free travel on the road can leave riders without pants.

According to the representative of Avtodor, thanks to these measures, not only managed to almost get rid of the facts of nonpayment of fare, but also to reduce the number of accidents that occurred due to the lack of distance the fans of freebies.

Most likely, gradually, like camera, lights and markings in the video of the stop line will appear on all exits from the toll road. Indeed, in recent years the number of fans free rides on the toll roads has increased several times and continues to grow.

In the end, this not only leads to financial losses of the owners of the road, but also reflected in the tariff policy for those who regularly pays for travel, and often leads to accidents on the road.

So not long to go you on the toll roads in Russia. As you can see, the problem can be solved easier. And no need to wait for elected officials will remember the bills providing for the responsibility for toll roads.