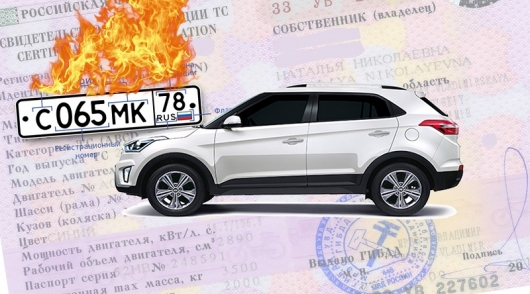 The state Duma Committee on transport and construction approved in the second reading the bill “About the state registration of vehicles”, which was introduced to the State Duma on 29 November 2011. So, most likely, in the near future this law will be adopted. In the end, in 2019, our country will start to operate the revolutionary new rules of registration of vehicles.

Probably the most important innovation concerns all car owners. So, in the event of the entry of the new law in force, the traffic police authorities will cease issuing the license plates on the cars. And now attention: as planned by the lawmakers, the state authorities will only assign the number (combination of letters and numbers), and do the license plates will be issued specialized accredited organizations to which they must meet strict requirements, such as in the case of those who are engaged in the manufacture of protected special products. 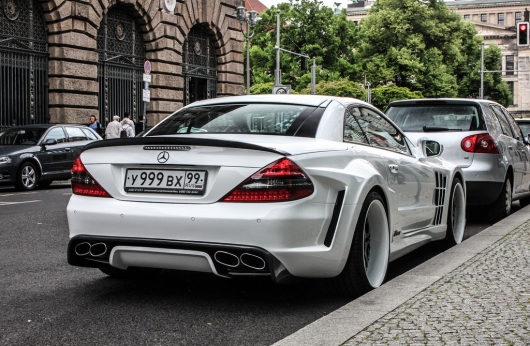 Traditionally, our Internet publication analyses all innovations in the legislation associated with cars. Not spared we and this document. Here are the answers to the main questions that will be of interest for many motorists after the entry into force of new rules of registration of vehicles in the traffic police.

How will issue the license plates on the car from 2019? 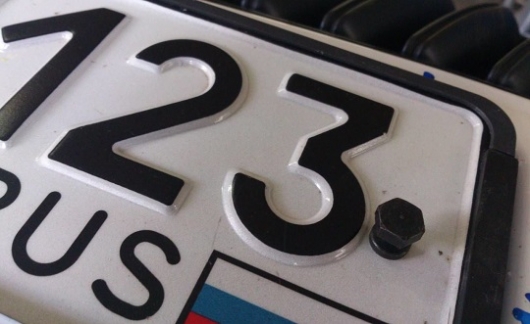 State registration number – a combination of letters and numbers – which is randomly assigned to all vehicles that are registered cars in the state traffic Inspectorate.

State license plate – metal plate, which is the state registration number assigned by the Ministry of interior (traffic police). Metal plate with the numbers issued to the accredited specialized organization, which is engaged in manufacturing special products (production of state license plates).

How much will it cost for an individual license plate?

Naturally, many are wondering how much it will cost getting license plates in the companies that will be authorized to issue numbers. At the moment we cannot answer this question because after the adoption of the bill of the Federal Antimonopoly service have yet to agree on the marginal cost of issuing license plates to authorized government organizations.

But in any case, we have something to fear. Most likely, the price of license plates will increase significantly.

Whether there will be the opportunity to obtain license plates in the traffic police? 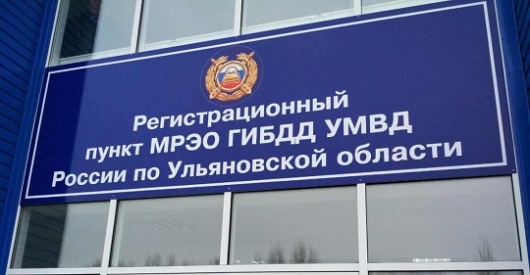 According to the text of the bill, which was approved by the state Duma Committee on transport and construction, for the second reading, the traffic police authorities lose the function of direct issuance of the license plate. As we have said, the traffic police will only assign a combination of letters and numbers, and license plates will be issued, the company engaged in manufacturing metal state license plates. Of course, it may be only upon presentation of the relevant registration documents on the car.

So, according to experts, each year the state receives a fee for the issuance of the primary rooms in average 4-5 billion rubles. We are talking about the first registration of vehicles for which a duty in the amount of 2000 rubles.

Of course, if the traffic police will lose the function of issuing license plates, the budget will lose a lot of money. In the conditions of rigid state economy and the trend for the optimization of state revenues as it is doubtful is a proposal to deprive the state traffic Inspectorate of the issuance of license plates. It is likely that during consideration of the bill in the second reading, it will make the change, restoring the ability of traffic police to issue license plates.

Would it be possible to officially buy a nice number? 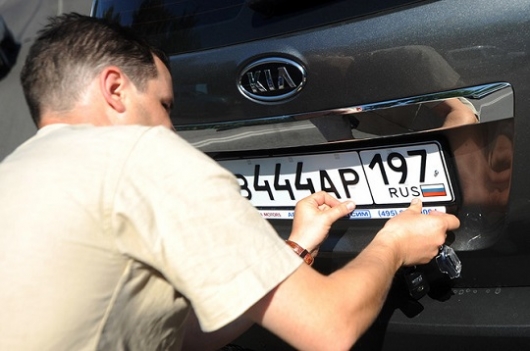 Recall that when, in 2011, a bill on new rules of registration of vehicles and issuance of offer was submitted to the Duma, it was a revolutionary item that allows citizens to officially purchase on the auction of license plates with a beautiful combination of letters and numbers. Many fans of the beautiful rooms in those years was glad that now, finally, you can officially get the “criminal numbers” on the car.

But I hasten to disappoint fans of numerology. This item disappeared from revolutionary law about new rules of registration of vehicles. 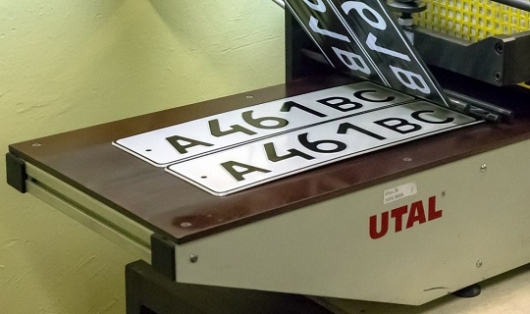 Accordingly, on the legal purchase of the beautiful license plates you can forget. Most likely, this item will not appear in the law.

So for fans of beautiful rooms will still be only one opportunity to acquire a bawdy room with it.

Whether to allow dealers to get the numbers for new cars? 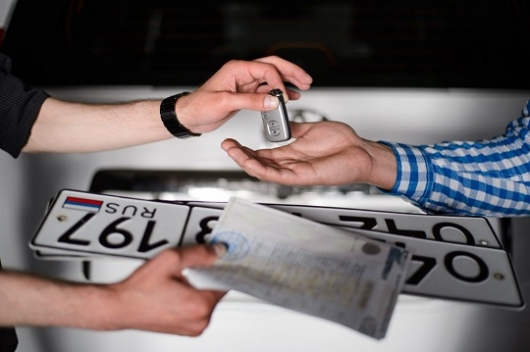 This is probably another very important question that interests millions of motorists. So under the new law on registration of vehicles in Russia, introduced new rules that allow authorized dealers to self-register a new car in the traffic police and get license plates. So, in the case of the adoption of innovations to buyers of new machines will no longer have after signing the contract of sale to go to the traffic police for registration novokamennogo car and obtain license plates.

It is true that the dealers were able to conduct the registration of vehicles in the traffic police, they will need to meet several conditions and get into a special state registry. So, first, the dealership (dealer) will have to conclude with plants (or their representatives) contracts. Secondly, dealers will be required to enter in your team of qualified staff who should receive training.

These employees will be required to test before registering vehicles in the traffic police the conformity of documents and identification numbers of the car. Next, staff will submit the documents to the cars in the traffic Police for registration certificates, where there will be given a state number. Themselves plates of the employees of the dealership will be to get yourself the manufacturers of license plates.

Check car by employees of the dealership will be paid. The limit rate will be very soon installed by the Federal Antimonopoly service of the Russian Federation.

At what age you can register the car to the child? 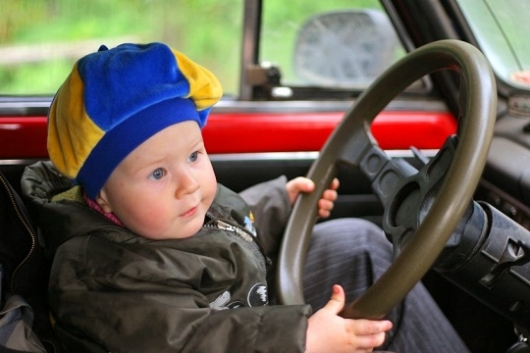 There is another point, which is probably of concern to many car owners and motorists. We are talking about registration of vehicles to minors. We will remind that today under the current legislation in Russia, the vehicles can be registered to a person of any age. That is, even at the infant, giving the traffic police a single birth certificate. As a rule, it makes his / her legal representative (parents, guardian).

But that possibility is likely in 2019 will disappear. So, according to the bill of new rules of registration of vehicles in the traffic police, the motor vehicle could be registered to the owners, aged at least 16 years of age.

So soon those who are accustomed not to pay the fines from the cameras of the traffic police, will have hard times. Recall that in the present case, registration of the car for a minor child is prohibited to discharge the fines from cameras photo and video recording. Thus, many motorists specially register their vehicles at children, to avoid fines. With the adoption of new rules of registration of vehicles of such loopholes for fans to break traffic Rules no more. 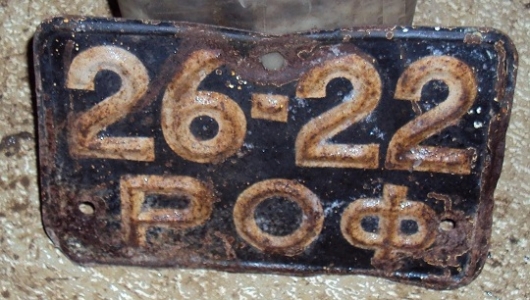 Under the new rules it is assumed that the owners of such vehicles will be required to contact a specialized organization, where on the body or frame will be applied to the new identification number.