Autumn marathon: What determined the best and worst used cars 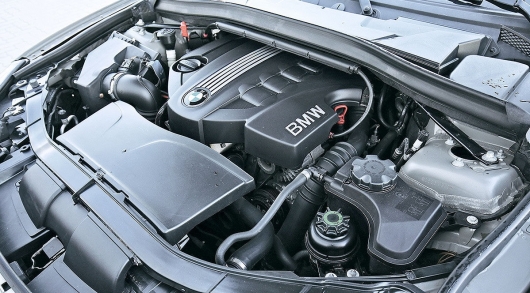 Specialists of the company CarPrice reviewed the state of used cars aged 3-5 years old who was put up for sale last fall, and what conclusions were made based on their observations.

It is reported that the rating was based on the number of stars accumulated as a result of examinations on the parameters of the “body Condition”, “Condition and the Technical condition of components and assemblies”. The maximum score is 15, which corresponds to the car being in perfect condition. 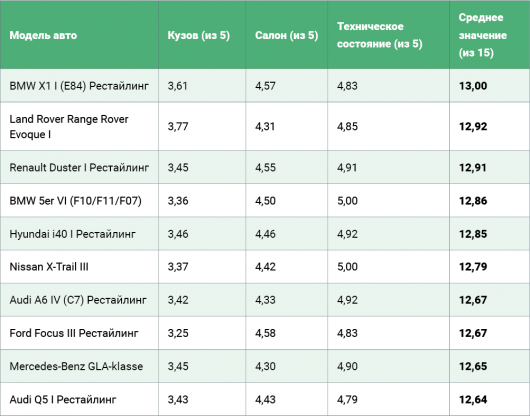 Among the leaders in the best condition were the cars in the top echelon of the middle grades:

Land Rover Range Rover Evoque I – despite a slightly lower score (12.92) and the second place of the rating, this English SUV is a leader in the state of preservation of the body.

On third place came the Renault Duster restyling of the first generation. Budget SUV demonstrates not only high performance off road but also boasts resistance to decay of the body – 3.45 points, which is above average among the Top 10, good wear resistance lounge – 4.55 points and high-quality iron, the technical condition is evaluated by analysts for 4.91 points. Overall rating – 12.91 points.

Highlighted the car that showed the best technical condition of components and assemblies. Indeed, this indicator is especially important in our time, when each buyer wants to keep my car as long as possible, because I don’t know how expensive a new car next time. Among them suddenly appeared the BMW 5-Series (F10/F11/F07), and the third-generation Nissan X-Trail.

“One of the most popular on the market models – the restyled Ford Focus III – also entered the top ten cars with the best condition. This car has demonstrated excellent safety of the cabin,” sums up What at the Top 10.

Not spared and outsiders among all the cars that passed pre-purchase inspection (every car inspected at 600 parameters). The Top 5 models with the lowest score were: Daewoo Matiz – the worst result – 8.83, Geely MK Cross c 10.14 points and restyled UAZ Patriot with a 10.45 points, respectively. The worst result on the body was at the Geely is just 1.64 points, but the worst technical condition was noticed at used cars Daewoo Matiz.

However, as noted in the press release CarPrice, “this does not mean that they cannot buy. Simply, these models require a more thorough inspection … in the market there is a serious lack of three machines and the timing of car ownership increase. People buy cars for a longer period than two or three years ago. That is why we advise you to pay attention to the most reliable options are better than others to preserve the quality of the interior of the body and technical devices, it is not only a good investment but a guarantee that this machine will last you a long time”, – commented on the situation Denis Dolmatov, General Director of the company CarPrice.