The future market for SUVs and crossovers. 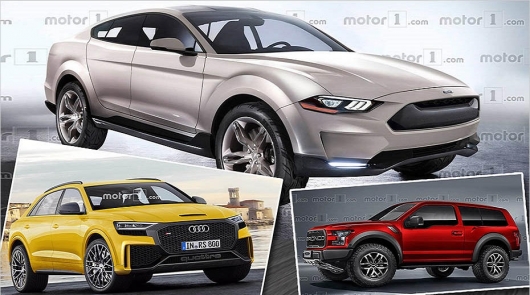 Of course, when it comes to power, the dynamics of acceleration and torque, Autoworld immediately understand that we are talking about hot sports cars. But gradually the world is changing. SUVs and crossovers have become so popular that many manufacturers who previously produced only sports cars, deciding the time to jump on the bandwagon and started hastily to create exclusive luxury sports crossovers and sport utility vehicles (SUVs). In the end, in a short time in the world there will be brands that do not have in its lineup of SUVs. It would seem, today released a sufficient number of different SUVs. Including luxury brands. But no. In the near future we are waiting for another portion of the exclusive and powerful SUV and. Get ready: very soon there will be cars like the VW T-Roc, the Tesla pickup truck and, of course, the first crossover from Ferrari, as well as a number of other interesting cars. That’s what SUVs should wait until 2022. Pleasant viewing! 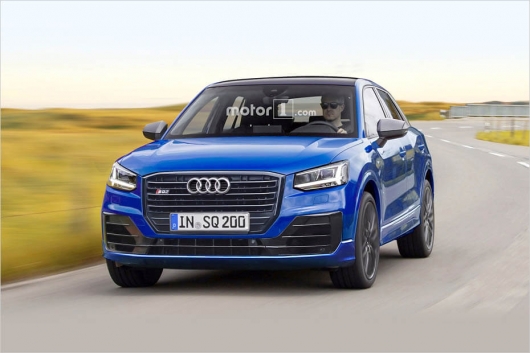 Our review of the new SUV starts with the compact crossover from Ingolstadt. This year, Audi needs to introduce the most interesting crossover. We are talking about the model SQ2 – it will be equipped with two-liter turbo engine that is currently installed in the Audi S3 and VW Gplf R. Recall that this engine has a power of 310 HP and maximum torque of about 400 Nm. 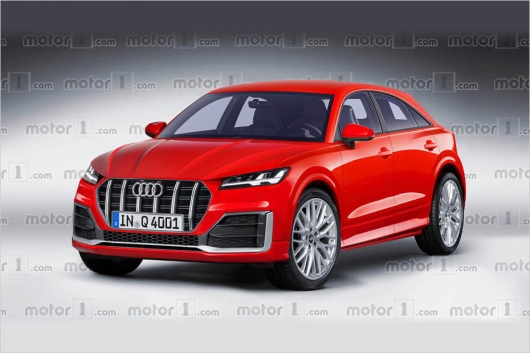 The Q series-the series gets pretty close. Recall that today Audi produces crossover Q2, Q3, Q5 and Q7. Very soon the market will be a model Q8. But it’s not limited. In 2019, Audi will bring to market a new crossover Q4, which will be focused on the current buyers of such vehicles as the Range Rover Evoque, Jaguar E-Pace and BMW X2. That is, Audi decided to try to occupy the market a new niche for themselves.

Q4-new crossover based on the platform MQB. The design of the future model is likely to be borrowed from the Audi TT concept Offroad. It is possible that also the market will be a charged version of the crossover model RS Q4 with a 2.5-liter five-cylinder engine producing up to 400 HP 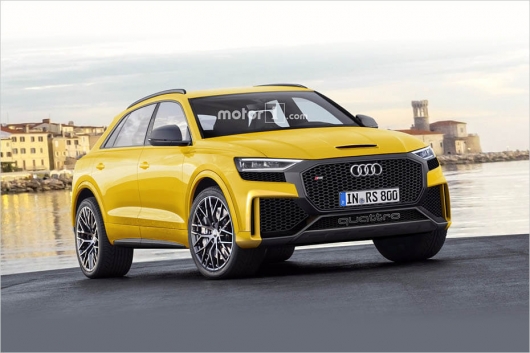 This year the market will display the sporty and powerful Audi Q7 model. In addition to conventional engines, the Q7 will come in hybrid version (V6 + electric capacity of 330 kW / 449 HP).

New models Audi Q8 and Q8 RS is likely to be fitted with engines from the Q7 and the SQ7. It is expected that Q8 will be charged RS get 600 horsepower 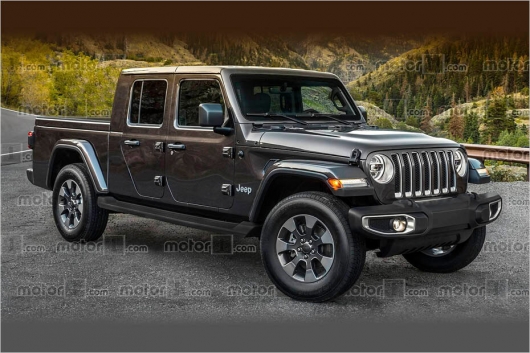 One of the craziest debuts in the market of SUVs / pickups this year is probably the new pickup Jeep Scrambler, based on the new Jeep Wrangler. In 2019 a new truck needs to enter the US market. With regards to supplies to Europe, while Jeep has not yet decided whether in Europe and other countries presented this unusual model.

New SUV-pickup will be powered by two types of motors: 2-liter turbo and 3.6-liter V6 engine. In addition will be available and a hybrid SUV. 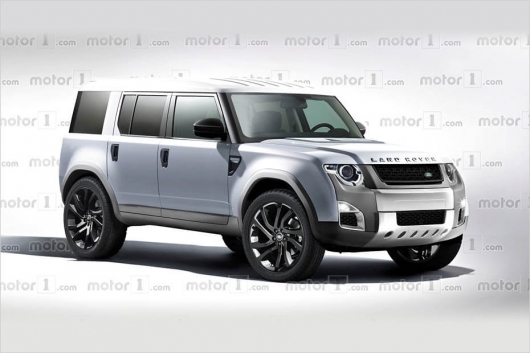 Defender is back! The decision was made. And very soon. Thus, the company Land Rover has officially announced that the debut of the renewed SUV will take place in 2019. It is expected that the new car will be produced in different modifications of the body. So, we are waiting for version even with the soft-top. As engines will use four-cylinder engines Jaguar Land Rover. 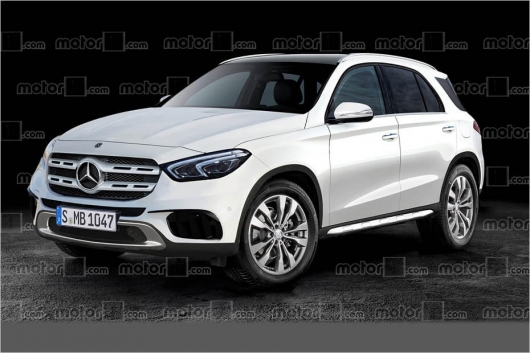 This year we expect the premiere of the new Mercedes GLE-class. The novelty is based on the platform of the new Mercedes E-class. It is expected that the new GLE will use the motors E-class. Including the AMG. The length of the new SUV will be about 5 meters. This is significantly higher than the current version of the GLE, which is available on the old architecture of the ML-class. 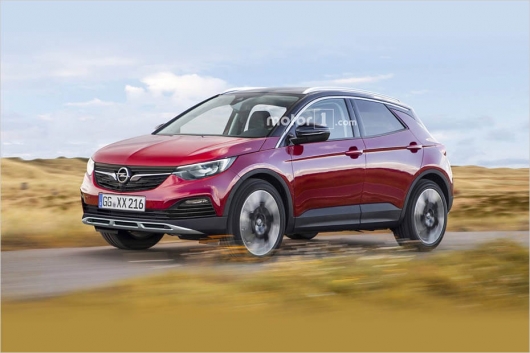 Today all the car companies in the world understand that without SUV and not earn good money in the market. That is why every company now develops new models of SUVs. For example, the company Opel in the next year will bring to market urban crossover Opel Adam X. 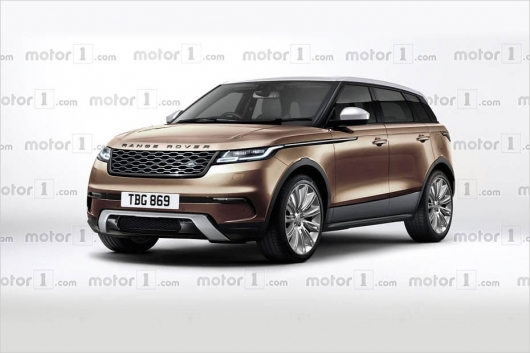 Crossover Evoque has made a significant contribution to the great revival and the rise of the Land Rover brand. Recall that when the crossover Range Rover Evoque first appeared on the market, it in record time became popular all over the world. In some countries this car lined up in long lines, as if the market were introduced the next iPhone. But today the platform of the Evoque is already outdated. The car needs urgent updating. So it’s time for a new version that Land Rover will bring to market in 2019. The architecture of the new crossover will be revised. Externally, the new Range Rover Evoque will be similar to the Range Rover Velar. For fans of this model, there is good news. Premiere of the new crossover will take place this year. 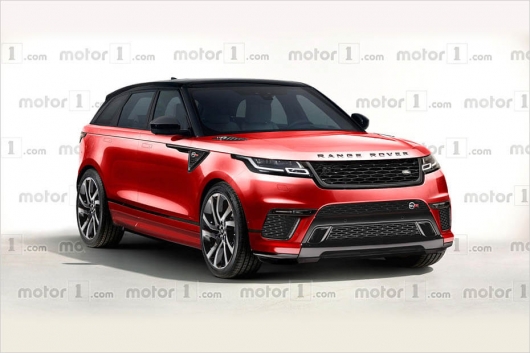 In 2017, Land Rover presented a very beautiful crossover Range Rover Velar, which has opened a new model class in the company’s portfolio. In 2019 the market will be bred a charged version of this car under the symbol “SVR”. This machine will be powered by a 5.0-litre turbocharged V8 engine power of 550 HP, which is installed in the new Jaguar F-Pace SVR. It is possible that the debut of the “hot” version of the Range Rover Velar will be held later this year. 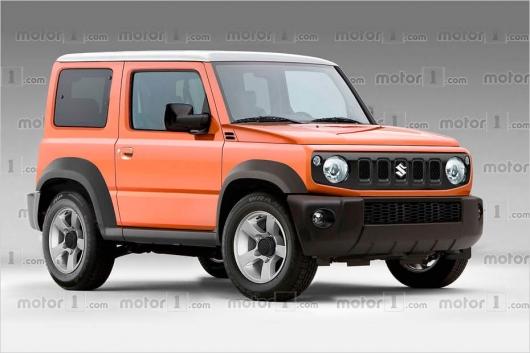 Unsportsmanlike, cheap, but still damn good and stunning. Very soon we are waiting for the debut of the new SUV Suzuki Jimny. The new car’s debut is scheduled for autumn this year. 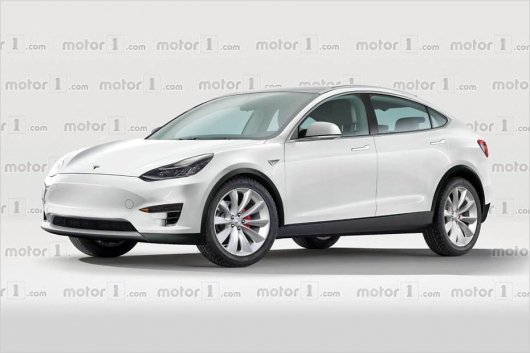 After several years of large losses the company Tesla is now experiencing not the best times. Especially after the launch of a new car Model 3 and the debut of the Roadster. However, the American automaker does not intend to abandon plans to bring to market Tesla Model Y. However, unfortunately, the official time of the debut of the car is not known. But it is possible, the head of Tesla, as always, we will present a new car in 2019. 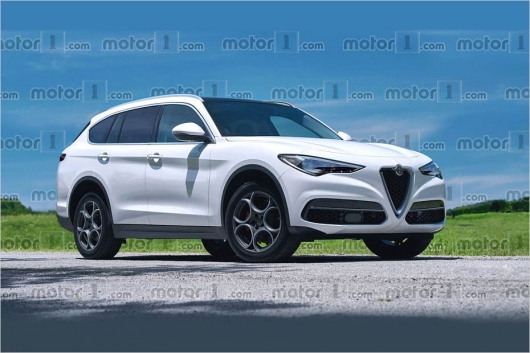 In the coming years, the company Alfa Romeo plans to bring to market several new SUVs. The most exclusive and interesting SUV – it’s an Alfa Romeo Castello, which will be based on the Alfa Romeo Stelvio. The model will compete with crossover BMW X5, Mercedes GLE and other cars in this class. Alfa Romeo Castello will be powered by a turbocharged four-cylinder and 2.9-liter twin-turbo engine. According to the plans of the company, the new SUV will be sold in 2020. 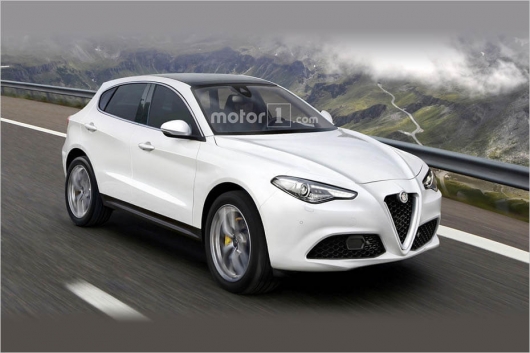 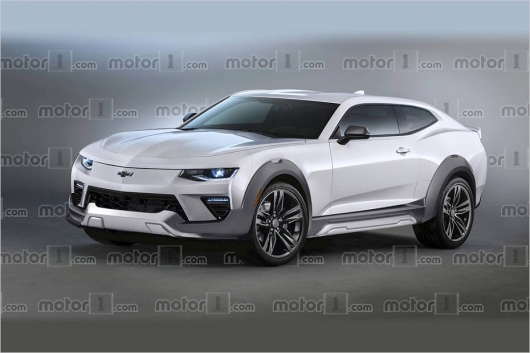 No, we are not mistaken in the title to this car. We are really talking about a possible appearance on the market of off-road version of the legendary Chevrolet Camaro. Although Chevrolet officially still not announced this car, rumors of off-road Camaro go for a long time. The probability of the appearance of the Chevrolet Camaro increased after Ford officially confirmed that it is developing a SUV Ford Mustang. So the eternal competitor of Chevrolet in any case will not remain on the sidelines and will soon have to announce the development of the SUV Camaro. 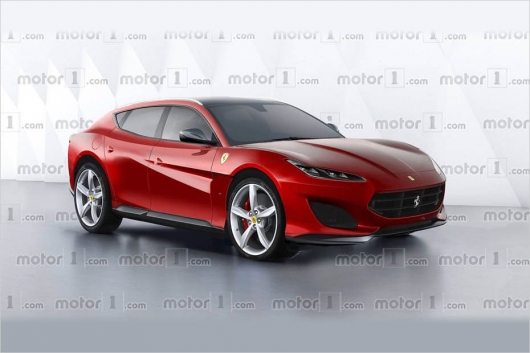 Do you think that the idea of a Lamborghini SUV – it’s pure madness? And how do you like the idea of a Ferrari crossover? Nonsense? In fact it is already a reality. The company recently Ferrari has officially confirmed that until 2021 will probably lead to the SUV market. Currently, we are developing it. The project has the working title of a Ferrari SUV – “FX16”. Platform for the SUV is likely to be taken from the successor GTC4Lusso. Probably, the SUV will get Ferrari V8 engines. In particular, it is not excluded that we will see even hybrid SUVs. 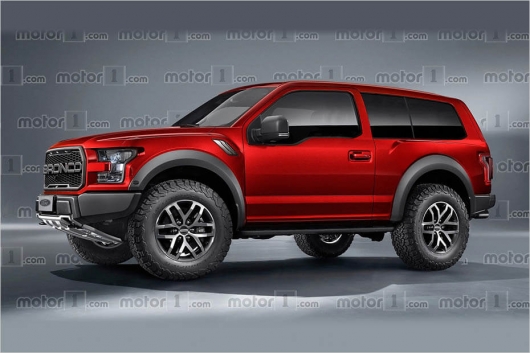 SUVs Bronco back on the market. The rumors about the remake of monster have been circulating for a long time – for 10 years. Recall that the Ford Bronco was discontinued in 1996. But recently Ford has officially confirmed the information about the return of a legendary model. According to the plans of the company, in 2020, the SUV will be ready to enter the market. Apparently, the new car will be based on the Ford Ranger pickup. The design of the Bronco will be based on the square style. Ford believes that the new Bronco will be the SUV, which is not able to compete any car. Most likely, the new SUV gets V6 EcoBoost engine capacity of 350 HP. 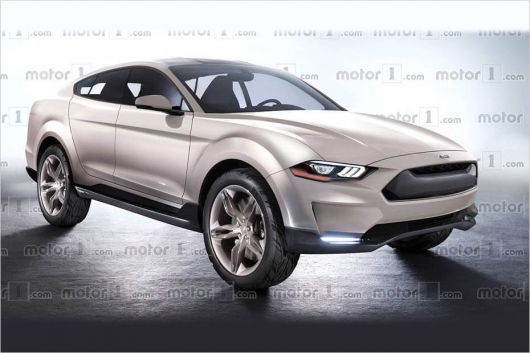 What’s the matter?! Before you sketch how it might look in the future SUV Ford Mustang, which Ford motor company recently announced. It is expected that the novelty will be fully electric. 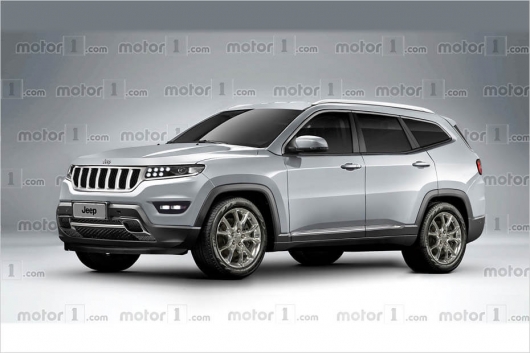 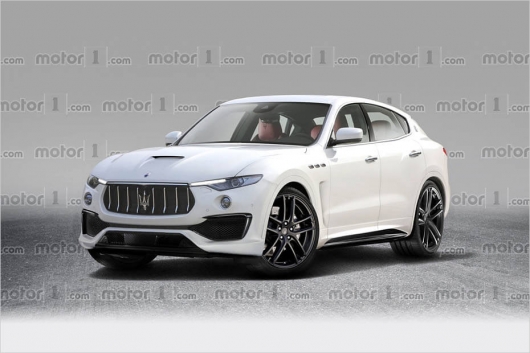 Maserati company was surprising at the new York auto show this year when he represented Levante GTS. This SUV equipped with a V8 engine producing 590 HP Maximum speed is over 300 km/h. Unfortunately, this machine is designed for North America market. Sale-charged Maserati Levante GTS will begin in late 2018. 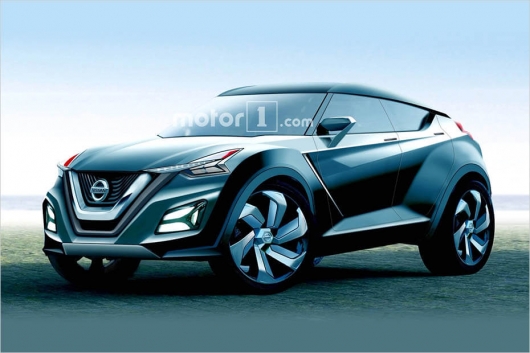 Nissan Juke almost immediately became popular on the market when it was first presented to the public in 2010. But despite the success, sooner or later, any car becomes obsolete and it is waiting for a drop in sales. It happened with once super-popular crossover Nissan Juke.

Apparently, in 2020, we are waiting for a brand new Juke, which will probably revolutionize all idea of the class of compact crossovers.

Above you can see a conceptual sketch of future trends. Production of the new Nissan Juke will begin in late 2019. The car will be based on a new modular platform of Nissan. It is expected that the car will be powered by three-cylinder turbocharged engine. It is also planned a hybrid version. 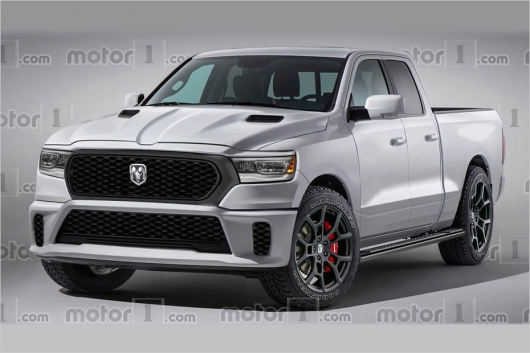 You will not believe it, but in the era of widespread increase in the cost of fuel (fuel is really expensive around the world) gluttonous SUVs-pickup trucks are becoming popular around the world. Surprisingly, even in Europe, where early pickups were rare, this class of cars is gaining popularity. Today, even in Germany can often be seen on the road pickup trucks SUVs.

That is why, perhaps, the company of RAM and is not going to cut their model line. On the contrary, in the near future we expect several new products. So, in 2019 the market will be pickup Ram Rebel TRX, equipped with a 6.2-liter V8 engine with a capacity of 717 HP, the Car will be based on a Ram 1500. 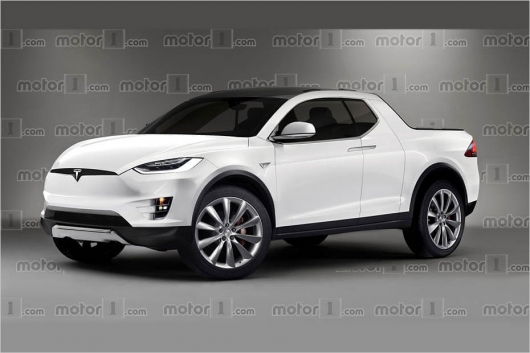 The CEO of Tesla, has recently promised a new model. This time we are talking about the truck. While we don’t know what it will be for the car. But with all cars produced by the company Tesla, and future innovations we can conclude that a future Tesla truck will have the same interesting and attractive design. 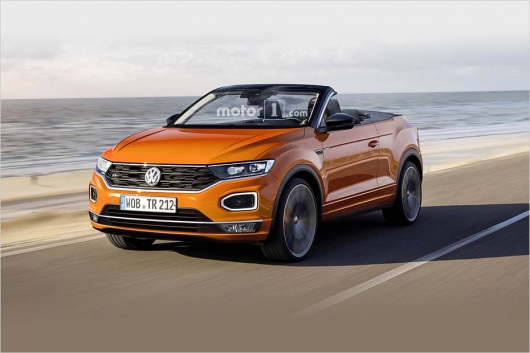 Yes, Volkswagen is going to release a convertible SUV T-Roc. At first glance this is a crazy idea. But, according to the representative of Volkswagen, this car will sell well in the world market. For example, a convertible Range Rover Evoque would have seemed like a crazy idea, but today its sales are breaking records. 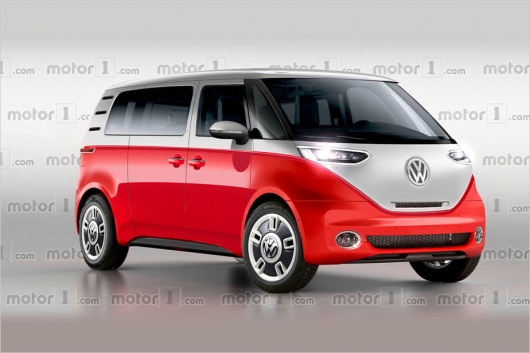 Yes, of course, before us is not a true SUV. And even, perhaps, not a crossover. Nevertheless, Volkswagen is positioning it as a four-wheel drive crossover SUV-minivan. In 2017, VW introduced a concept car ID Buzz, which is equipped with two electric motors mounted on the rear wheels. But now, Volkswagen also plans in the future to launch mass production and all-wheel drive vehicles. The cruising range of electric minivans will be from 400 to 600 km Capacity all-wheel drive version will reach 374 HP.