Hans Nibel: a designer who has made Mercedes-Benz great automaker

The story of engineer Hans Nibela, from dawn to dusk 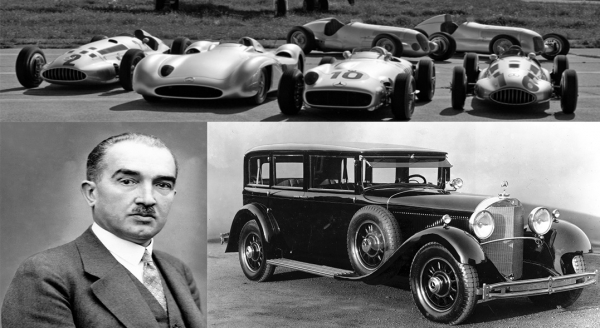 Mercedes-Benz experienced a great many UPS and dramatic downs. But however difficult the German automaker was not, he will always be a lion among car companies. Such heights he could achieve with just one man named Hans Nibel. The greatest designer and engineer who made a three-beam star this great global company, ascended to Olympus.

The Maestro of drawings and designs was born August 31, 1880 in the town of Elsau, Moravia, Czech Republic

Niebel started to create in the “Benz & Co.”, and from 1904 began the meteoric career of an outstanding designer. To develop the machine really was calling Hans Nibela, deserves was and career growth, just four years young man gets a high position of the chief designer. 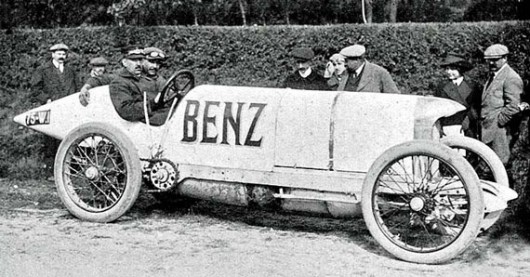 Hans Nibel was born on 31 August 1880 in the region of Moravia, which was then part of the Austro-Hungarian Empire. Currently she is part of the Czech Republic.

The son of a factory owner, Hans from early childhood, plunged in a technical working environment. At school he shone mainly in the subjects related to the exact Sciences, physics and mathematics, the child received only high marks. Ironically, Hans was struggling with drawing. The combination is pretty useless, especially in the late nineteenth century, but this cocktail knowledge determined the fate of the future engineer and gave him the necessary start-up baggage in order to become a designer.

After finishing school he entered the technical University of Munich, after which he was given the degree in mechanical engineering. Hans started working at various small engineering workshop, before you get in the “Benz & Co.” in Mannheim as an engineer on 1 March 1904. There he began the development of motor companies in one of the world’s leading car manufacturers.

Nibel was soon appointed Deputy chief office, and in 1908 he was promoted and became the head of the design Department just 28 years old. Many vehicles were created with his participation and under his leadership, including a small and inexpensive models that put the company on a wider commercial basis, such as 6/14 strong Benz’s presented in 1910. Of course, don’t forget about the prestigious luxury class vehicles which are then put as the main models that develop the greatness of the company from Mannheim.

Another car closely associated with the name of Nebula was the Blitzen Benz, the most powerful and fastest car in the world at that time. First shown in 1909, he set a new world speed record for automobiles in 1911 corresponding to 228.1 km/h, a record that would remain unsurpassed until 1919.

Nibel joined the Board of the “Benz & Co.” as a Deputy member of the Board in August 1917, the same month, but five years later, after becoming a full member of the Board of management. In addition, in 1922, Niebel worked with max Wagner, head of the design Bureau to develop the chassis in Mannheim. They developed the first racing cars with streamlined bodywork and individual suspension, an innovation that will soon lead to international racing success.

In addition, Hans Nibel had a significant impact on the use of diesel engines in road vehicles. In 1922, the “Benz & Co.” submitted to agricultural tractor equipped with the engine operating on the principle of self-ignition, the world’s first road car with a diesel engine. In the same year, Niebel was awarded the title of honorary doctor of the Technical University of Karlsruhe, in recognition of his achievements as a designer and engineer.

The unification of two destinies 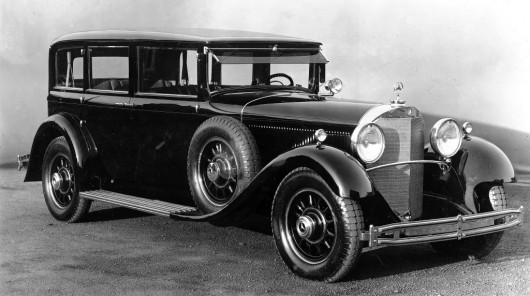 When “Benz and Co.,” and Daimler-Motoren-Gesellschaft joined the community of interests in 1924, Nibel joined the Board of management to DMG. He worked in design offices and on equal terms with Ferdinand Porsche, although the Porsche and bore final responsibility for the result.

Niebel was a staunch supporter of a merger of the two companies, which was followed in 1926 – after which he joined the management Board of Daimler-Benz AG.

In 1926, he changed his workplace once and for all after moving to a new design office in the city Unterturkheim. As an engineer, as well as holding the position of member of the Board of Directors of the company under the leadership of Chairman Wilhelm Kissel, Nibel was a key player, who played a major role in the events that led to the successful merger of two of the world’s oldest car manufacturers. 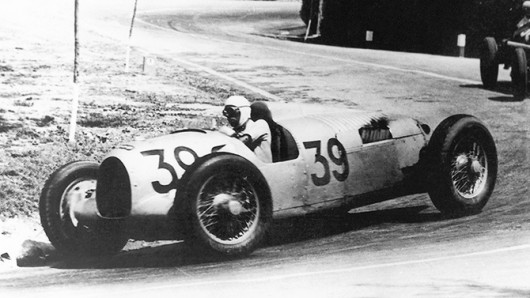 In 1929, Nibel succeeded Ferdinand Porsche as technical Director. He perfects the design of its predecessor, simultaneously improving their technical characteristics. For example, turning a successful Type 8/38 HP Mercedes-Benz Stuttgart 200 (W 02 series) in the car that despite the difficult situation in the German economy in those years, showed a high level of sales and quite a large number of units produced.

Nibel also improved the sporty S, SS, SSK and SSKL (W 06) and the elegant series Nurburg (W 08), that allowed this car to achieve greater heights and influence in the international arena and in the market of luxury comfortable cars.

And the first Grand Mercedes 770 model (W 07) which is permanently inscribed Mercedes-Benz in the collective consciousness, as a brand, creating one of the best cars in the world – yet one of the achievements of Nibela. Despite the high position in the hierarchy of the company, Niebel has never suffered star fever, due to natural curiosity and responsibility it has passed through your hands literally the entire process of creating a model, inside and out.

Niebel did not suffer star disease, he created the cars starting from concept, ending with the last cog

Among the technical novelties of the Grand Mercedes was a light-alloy crankcase with cooling fins and chromium-Nickel steel crankshaft mounted on nine bearings with integrally forged counterweights.

And another car, which became in the end a legend W 25 racing developed by Niebel for racing formula weight up to 750 kg. as soon as he appeared, immediately made a fuss in race and revolution in the automotive world. Thanks to the inimitable Caracciola racer behind the wheel, the car brought the company numerous successes in competitions between 1934 and 1937 for years – and started a tradition of creating the “Silver arrows” MB.

Niebel has also left its mark in the creation of numerous aviation engines Daimler-Benz in the 1930 – ies.

Death and the legacy of Hans Nibela 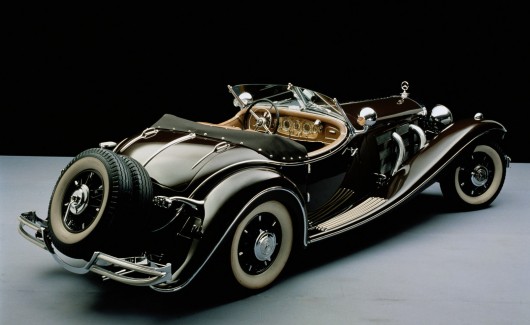 25 November 1934 Hans Nibel was going to catch the Express to Berlin main station in Stuttgart to start preparing for the season of 1935. His life was suddenly cut short by a heart attack, leaving the world without one of the most talented engineers of the pre-war era. Daimler-Benz AG lost its chief engineer. It was a serious blow. However, in subsequent years, the company has not departed from the original plan of development without slowing the momentum continued to go to the top of automobile Olympus, mainly leaving on a rich technological heritage left behind by a genius designer.

The vehicle to which Hans Nibel had a hand in influenced the positive image of the brand Mercedes-Benz for many years before and after his death. Many of his projects remained relevant even after the Second world war. Hans Nibel was one of the most influential automotive engineers of the company with a three pointed star of Mercedes-Benz, but also the automotive industry as a whole.