Give way to the flashing lights: the German experience 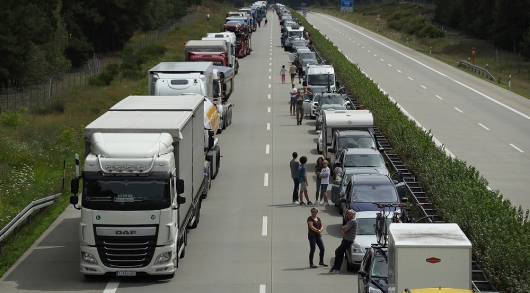 The second commandment of Christ: Love your neighbor as yourself.

Do in Germany, the second Gospel commandment, or in Germany a “green light” for ambulance, fire vehicles, emergency situations in road traffic.

Not so long ago on the roads of major cities of our country can be seen unflattering picture when motorists, crawling at a slow flow or standing in traffic, was ignored by vehicles with included flashing lights and screaming all around sound mod. This occurred for a number of different reasons, but main from them it is safe to call the following:

And in rare cases, a cynical disregard for the suffering of others

And “discounts” do not have any vehicles of the fire brigade and even ambulances. Oils in fire were added also by the workers themselves of the spheres, the main purpose of which was to save the lives of citizens and their protection. Black cars with blue flashing lights went on as if their owners all have money, even blatantly passing lanes for oncoming traffic, ignoring all the written rules of the road. Thus, it is unlikely their drivers in a hurry on urgent business brought powers home from work. But most were to be found not belonging to the government of a foreign car with a “beautiful” rooms and the light on the roof. So, people with money bought not only the permissiveness on the road, but also a certain immunity from inspection bodies.

Did not depart from them, the prosecutors, the investigative Committee, the Ministry of internal Affairs. There was a whole layer of jokes on the topic of traffic violations of departmental employees. Ordinary motorists graciously said: that flying on the other side of the solid Gibddshnikov probably the soup is getting cold at home. In a hurry, poor guy.

A decade ago, one after another in the media the article was published denouncing and Ambulance workers, rather commercial firms, which masked its wagons, carriages ambulance, transporting for a fee, hurrying on urgent business fat cats.

Here often and did not let the vehicles of ordinary drivers, considering that anyone with a flashing light on the roof, in fact tarred with the same brush. In General, all was good.

Today, the state has legislatively been able to resolve what was happening on the road is a mess and in General, such incidents occur much less frequently. But the problem of passage of ambulance, emergency and fire still remained. Sometimes it is very difficult to drive in a remote tube. Drivers would be happy to go, but nowhere to go.

This happens all over the world, but there is one country that started the experiment, which showed that the discipline among the drivers can be raised to such a level that even a ten-kilometer traffic jam, any ambulance can pass without any problems, never slowed down, because it will open the band, and “open” it the drivers themselves. About its performance we describe below, we’ll show you how it looks in perfect shape:

As seen in the photo, the drivers are divided on both sides of the strips, creating a free corridor. With such a technique, it does not matter, will be on the road dedicated lane or not, the space is always there.

A technique called “Rettungsgasse”. In 1971 the rules of the road in West Germany as a standard, there was a record that “drivers should make way for emergency vehicles.” It is clear that this formulation did not work, as she has not worked in any other country in the world.

In 1992 he was running a more fleshed out model of action specifying what to do motorist in case of jamming: the drivers were supposed to create a corridor between the bands leaning to the left or right side of the road, depending on the occupied bandwidth. The last refinement was done in 2016.

Today, this scheme is called the “right hand rule”: 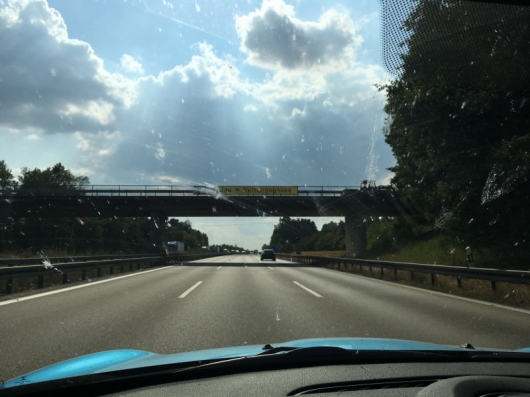 Brilliant and simple! But do the Germans instructions? Because as you know it is very punctual and law-abiding people, plus, all vying to assert that in a democratic Europe the value of human life made simple at a very high level. So ordinary people must take active part in the General case. Is it really so?

This question will answer the German segment of the Google search, which says a great many articles and other practical tools for the application of this technology “road of life”. 2015 is a massive propaganda program for the implementation of good deeds, but alas, it is far from ideal. According to the Federal Ministry of transport of the country, only about 8.4 percent of the drivers adhere to the rules and create a rescue lane in traffic. Frankly: not a lot.

Studies of the German Institute for Social research and statistical analysis “Forsa” on may 17, 2016 showed the following results:

Do you participate in the creation of a “rescue band” in traffic?

57.4% participate in the creation of the band?

Thus, it is easy to understand that the experiment generally failed, and people are the same everywhere (this is the question that in Russia bears walking drunk with accordions in ear flaps and a balalaika).

Everyone thinks first about himself and he wanted to spit, by and large, his neighbor. The main driving force behind compliance with the law and help citizens, as in ancient times remains a balanced combination of carrot and stick – no need to appeal to the high values, it is necessary to enforce rules or to promote their implementation. That such a conclusion can be drawn from the conducted experiment with a length of more than 25 years. 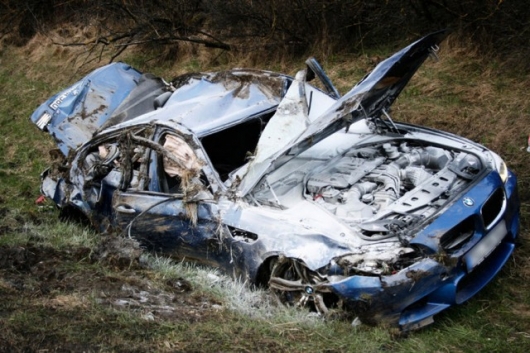 A little goes contrary to the reality with those lovely speeches in the abundance of rush high West stands. Isn’t it?

By the way, according to the website Jalopnik.com last year in Germany came the news that rescuers had to walk a mile to get to the injured people in the accident. Their car couldn’t pass through the tube.

I have all the. See you soon!