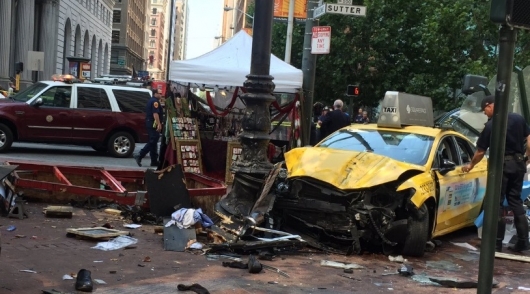 The Supreme court has ruled N 26 Moscow “About some questions of application of legislation on the contract of road transportation of cargoes, passengers and Luggage and the agreement of transport expedition”, which will help to resolve disputes between carriers taxis and their passengers in cases of dispute, to compensate for the damage in the accident while riding in a taxi.

Methods of work of taxi aggregators have become a serious legal problem for law-abiding passengers. To seek compensation if the fault of driver the accident occurred, sometimes not so easy. The problem the authorities are trying to solve the attack on irresponsible aggregators (not everyone, but enough) attack on several legal fronts.

In the spring of this year the Ministry of transport sent to the government a draft law which, if passed, will allow carefully check the effective permissions for the transportation of taxi drivers. The thing is that ordering a taxi by phone through the aggregator, we as passengers can’t be completely sure what will come officially registered professional. It is possible that under the guise of official driver can be the same taxi driver a squatter, who would not respond and connected to the company that distributes the orders among taxis with only one purpose – to collect those orders.

According to the collected statistics, about 80 thousand taxi drivers, 15% of the employees of the services market, gets a license to carry in order to connect to the intermediary companies, which offer workers taxi customers. Once the goal is achieved by the driver, they often cancel the approval, getting the money invested and going underground, becoming illegal immigrants. Preferences for these workers is enormous – no accountability to government or to the customers-the passengers. 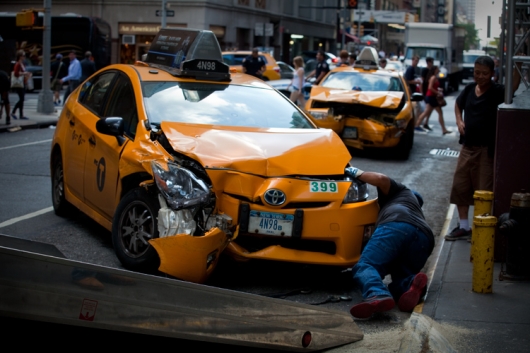 In the worst cases, when the car gets into an accident and the passenger gets a serious injury or a fatality, to seek compensation from such illegal immigrants, in fact, “bombed”, it is extremely difficult, even through the courts. And although the driver or owner of a work car down on the “brakes” of the offense just will not work, to compensate one way or another have the most protected from the law in this illegal chain are just aggregators of taxis. Often, unscrupulous companies act as providers of information services. And the courts were taking it on faith.

Did not believe in such impunity by the Supreme court. In one of the trials in the case of the death of a taxi passenger, he drew attention to a number of facts which clearly indicated that the cab acted on behalf of the aggregator. One of the main factors for this were:

SMS-notification from the company aggregator

And thanks for choosing this company. So to speak, the signature of the firm.

The company is an aggregator of orders also must be responsible for life-threatening services!

The next step to normalize the situation in the market of services of transportation was the resolution of the Plenum of the Supreme court in which with respect to the prescribed nature of the relationship between customer and employee taxi. The main point, other than as specified in the resolution of the conditions of carriage of Luggage and responsibility for its loss, as well as the norms of interpretation of the contract, was the clause No. 9 of the document:

“The carrier is responsible for actions of other persons whose services he uses for transportation, as for his own (article 403, civil code). For example, the carrier is liable for damage caused to life, health and property of passengers, regardless of whether carried out whether transportation by owned vehicles or using a vehicle in its possession otherwise permitted by law grounds, including under the lease contract of a vehicle with crew. Also, the carrier is responsible for loss of baggage during storage (location) of the vehicles parked in the way”.

This extremely important point will close the loophole for companies that loved to shift the heavy burden of responsibility on its drivers. Now the courts will have to approach the disputes more complex, and require compensation to affected passengers will be with companies providing services.