Frequent restarting of a vehicle or idling: In which mode will increase fuel consumption?

Does the fuel consumption due to frequent restarts of the engine? 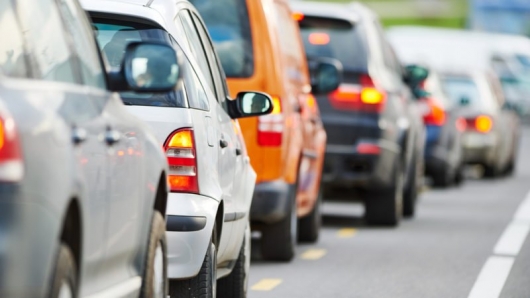 You shut down the engine at traffic lights? Or your car is constantly idling? I think that idling your car is running in economy mode?

It used to be that to keep the car idling, instead of constantly restarting the engine, saves fuel. And what is most interesting, first this belief was true and was confirmed by numerous tests. Also this statement is true for some cars today.

But for most modern machines these days, this option saving fuel is not suitable, as in newer cars, setting them a long time to idle, you are actually increasing fuel consumption. And only a few cars idling really able to save fuel consumption.

Why do modern cars when idling consumes more fuel, while the old machine, on the contrary, after prolonged idling, become more economical?

The fact is that in modern cars has changed the technology used to supply and ignite fuel in the engine. 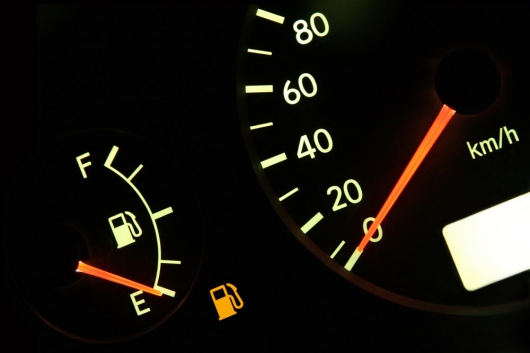 Before all the cars for supplying fuel to the engine equipped with carburetors. They mix the fuel and oxygen for the preparation of the fuel-air mixture, which is getting into the combustion chamber of the power unit, ignited by the spark plugs.

Due to the characteristics of carb each time you start the engine consumes more fuel than when idling. Therefore, in those days, when most cars on the road were gasoline, it was considered that the most economical not to turn off the car at stops.

But many think that today, in modern cars it is preferable to keep a car idling than to turn off the engine at long stops. As a result, in the world of car enthusiasts formed a myth about this.

However, the technology in the automotive industry has significantly changed and carburetors on cars no longer in use. Yet, since the 1980’s, automakers began phasing out carbureted fuel systems in favor of electronic injection (via the injector).

This injection system also mixes the air and fuel and feeds it into the engine in a more controlled amount in comparison with the carburetor, thanks to the electronic injection system. As a result, in the injection cars when starting the engine now uses less fuel, making modern cars more economical.

This means that idling modern vehicles consume much more fuel than frequent starts of the engine. That is why we see that becomes more and more cars come with fuel-saving technology start / stop, when long-term stops the car automatically switches the engine off and when start again it runs.

This technology not only saves fuel in your car, but also reduces ambient air pollution chemical substances contained in the exhaust gases.

But many fear this system and still inclined not to trust her. And in principle they are right. Despite the fact that new technology is a start-stop system significantly reduces fuel consumption in the car, many cars stopping and starting of the engine more than 20 times a day can affect the battery and starter, reducing their life.

However in many premium cars at the moment, use the optional battery for system start-stop, and to start the motor the starter is not being used due to ignition of residual fuel in the combustion chamber.

But in most normal cars, unfortunately, start-stop system uses a regular battery for starting the engine uses a starter.

However as stated by the car manufacturers for the ordinary motorist, which annually operates a car no more 30 000 – 40 000 km, automatic startup and shutdown of the engine is not particularly affect the resource components run. Even frequent cycle start the engine mileage 40 thousand. km. accelerated wear of the starter and battery would be negligible. 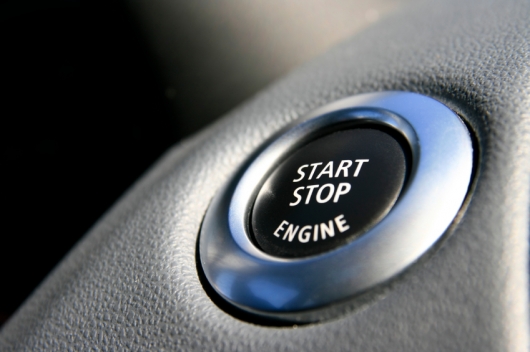 Yes, of course, the online starter is mainly dependent on the total number of runs. So in any case, the start-stop system affects the durability of the starter. As regards the battery, its life does not affect the number of starts of the engine. The term battery generally depends on ensuring full charging between cycles of starting the engine.

But how then to preserve the battery life, if you constantly turn off the motor when it stops? The car should not stop and start at each stop, so as to charge the battery takes some time. If you often turn the engine off, the battery will get fully charged, which significantly impact on her life.

In a recent study, which took place in the United States found that if I restart the engine every 3-5 km, these cycles will deteriorate the condition of the battery. On the contrary, if only occasionally turn off the motor at stops (e.g., every 9-10 km), on the contrary it will extend the life of the battery, as the battery level will be maintained at a higher level.

Don’t forget that to charge the battery of the car needs to work. Not at idle, since the generator is less effective when the machine is idling.

Also remember that if you are using the machine additional accessories that require power (radar detector, DVR, smartphone, tablet, refrigerator, etc.), when long the vehicle is idling the car battery gradually loses its charge as the generator fails to give the amount of electricity needed to maintain normal level of charge.

Also, experts have determined that for optimal preservation of the battery with frequent engine shut-off at stops to conserve fuel, limit the number of cycles of restarting the engine. So, you can turn off and start the engine no more than 10 times a day.

Furthermore it is established that any shutdown of the engine more than one minute leads to significant savings in fuel costs.

Therefore, no matter whether in your car the start-stop system, you can also use to turn off your engine at long stops. Just don’t do it too often.

For owners of vehicles equipped with start-stop system is recommended from time to time to turn the system off to reduce the risk of wear on the starter and battery.

Also do not forget that for more significant fuel economy you can also disable the fan, which leads to increased fuel consumption. Especially in hot weather.