In 1998 the EU entered into force more stringent standards of testing cars for safety in case of an accident. In the end, EuroNCAP since started his own security check of the cars. Recall that earlier, the European automobile manufacturers conducted their own tests. To celebrate the long-standing event EuroNCAP smashed Ford Fiesta 1998 model year with a new model in 2018. What came out of it, look in the video.

In the mid-1990s, years suddenly became apparent that European standards of vehicle safety had not been updated since 1974. In the end, it was necessary to change them, despite resistance from automakers, who said that the test of the safety car cost them dearly.

However, the European Union introduced in 1998, new requirements to safety of cars sold in Europe. In the end, the European Committee for the independent crash tests (Euro NCAP) started to test the new cars with the new safety requirements of the EU.

We will remind that by results of krash-tests EuroNCAP, the Committee assigns each car a safety rating of 5-star point system. Yes, star EuroNCAP system may not always seem fair. But, nevertheless, the EuroNCAP rating, compiled on the basis of crash tests, is forcing car manufacturers to monitor the safety of their cars.

This is especially important when EuroNCAP began testing small and small cars, how figured out the experts of the Committee of EuroNCAP, can protect the driver and passengers in the accident. Especially the earlier models that failed the first crash test. In the end, all car companies were forced to improve the security of their cars. Including the small car.

Premium brands such as Volvo and Mercedes-Benz, since the 1970-ies had long been on the top of the safety ratings of vehicles worldwide. In the late 90-ies, when there were stricter requirements to safety of vehicles sold in the EU, in principle, nothing has changed for Volvo and Mercedes-Benz, while brands such as Fiat, Ford, Honda, Kia, Hyundai, Mitsubishi failed the first test EuroNCAP.

It is worth noting that long after the beginning of carrying out of krash-tests EuroNCAP these companies could improve the security of their machines. With regards to French brands, the French quickly responded to the crash tests EuroNCAP quickly making a Frenchman machines are one of the safest in Europe. That is, the rate of French people on their automotive brands were on the EuroNCAP rating.

As considered in France, the highest safety rating of 5 stars needs to increase sales of French cars in Europe to the heavens. Of course, to boost sales to the French and did not work, but that really managed to do is to bring the safety of the French cars to the reference level of Volvo and Mercedes-Benz. 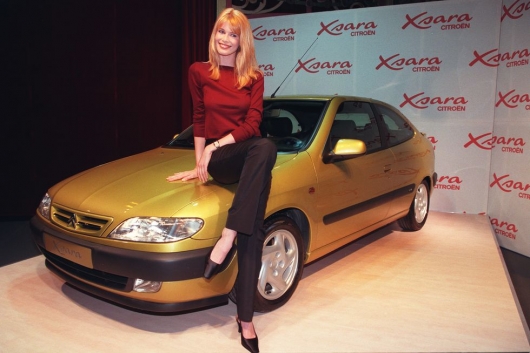 Here is a record of this unusual time for today’s infomercial:

Here’s the proof. In honor of the 20th anniversary of the crash tests conducted by EuroNCAP, the Committee decided to conduct an unusual test, pitting a forehead in a forehead two generations of the Ford Fiesta, which shares 20 years: models 1998 and 2018.