In the Internet appeared photos of unusual models of the Ford
Explorer, which was similar to the Ford Mustang. 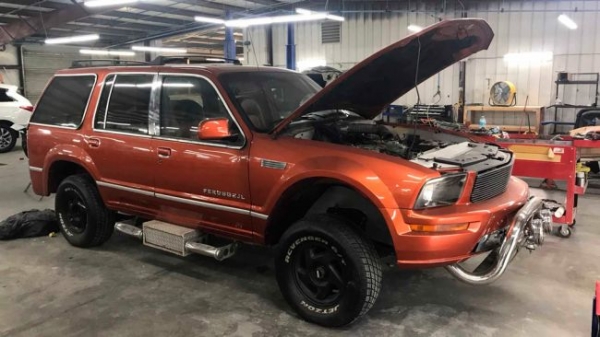 Learn about this unusual car failed due to
presented on the forums, Reddit photos, which are posted at
most likely the owner of the car. Why popular
SUV, released in 1990, set the parts from Ford
Mustang is unknown.

As described by the owner of the vehicle to supply components
Mustang, he needed to independently extend the platform Ford
Explorer, to seamlessly install the hood, fenders and
bumper. 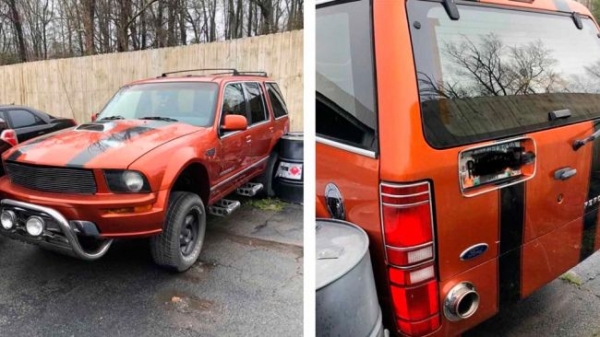 The owner of the vehicle is not left unattended and back
body. Instead of the original bumper owner had installed an unusual
the metal sheets where the cut the holes for the exhaust
pipes. Also, the driver added a block of additional headlights.

To improve the appearance of the Ford Explorer, the owner added
bulk power bumper for the front of the body, and
decorated with chrome decorative elements of Windows and headlights. The only
the problem, according to the motorist, are not aesthetic wheels
located not in the center of the front wheel arches.