Another UAZ Patriot will appear in 2019 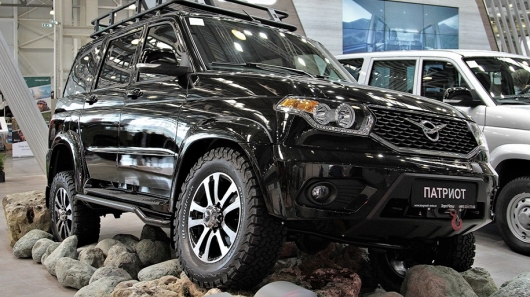 UAZ Patriot continues to be updated. At that time Ulyanovsk brought the design of the domestic SUV to mind (by the way, to the credit of the engineers and designers, “Patriot” every time is really getting better). That came information about of the model 2019. Coming next are few, but important improvements one of the most popular models of SUV in Russia. So, what is new in version UAZ Patriot in the 2019 model year? The updates promise to be among the most significant from 2016.

1. New engine. The UAZ Patriot will be the engine “ZMZ-Pro” (409 now will develop 15 more horsepowers – 150 HP to be exact) from the pickup UAZ Pro. This uprated engine will be new automatic transmission. Version with good old ZMZ-409 will, as before, paired with the “mechanics”. 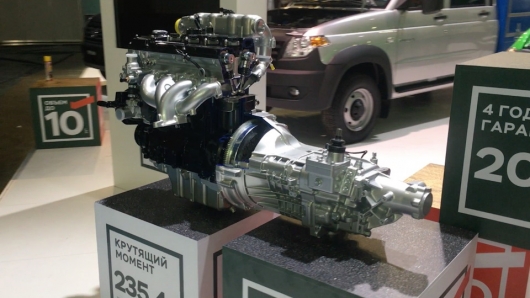 The engine is characterized by the presence of higher quality steel grades and alloys, which should increase the reliability of the unit. The force was made due to the replacement of valves, changes of the combustion chamber and increase compression. Replaced camshafts and phase. Torque increased to 235 Nm. The maximum speed on the “Pro”version has increased to 5,500 rpm.

2 .Been waiting for this for many, UAZ Patriot will finally be put to automatic transmission (under additional options). We are not talking about domestic development, and the 6L50 model from the French company Punch Powertrain. It is noteworthy that broadly similar same 6-speed automatic installs on GAZelle Next. 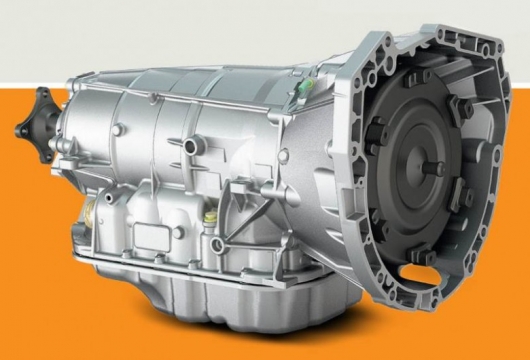 The advent of the automatic transmission required substantial changes in the cooling system of the engine (therefore the machine is to be used only with versions of the motor “About”). There will be applied odnoklapannaya the thermostat, which, as reported by public News RCI will allow you to circulate the coolant in a small circle through the heater, plus automatic. The use of such a scheme will allow faster warm up automatic gearbox and the car’s interior.

3. Front axle for model “Patriot” will also be greatly revised. This will be the third, already confirmed by the revision saprolegnia car. To improve the performance qualities of an SUV, in particular reducing by almost a meter of turning radius, was modified as follows: 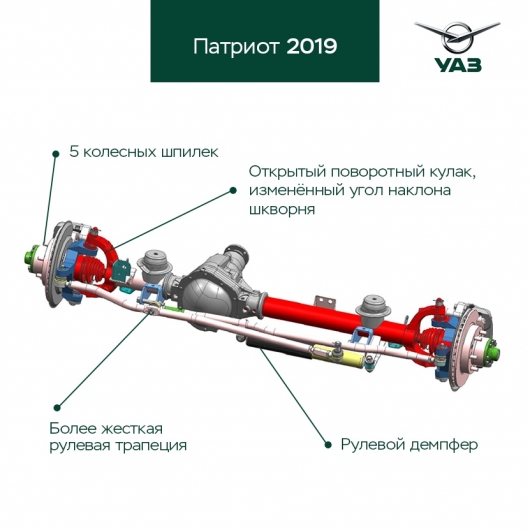 “The updated SUV gets new front axle with steering knuckles of an open type and a more rigid steering trapezoid UAZ Pro. We also changed the angle of the kingpin (castor) and additionally installed steering damper. With these refinements, the radius of turn decreased by 0.8 m and significantly improved manageability”, describing the improvements on the official website of VK “UAZ | Ulyanovsk automobile plant”

4. We have named the most obvious and important changes, which, however, do not exclude the possible existence of many other interesting improvements all over the car starting from the interior and finishing the exterior. Yes, most likely, it will be about local add-ons like additional colors, additional processing of body parts or handles at the front inside the cabin, as the Land Cruiser. But this does not mean that such additions are not necessary, on the contrary, if they are going to boost the comfort, reliability and safety UAZ, there should be more and they should be integrated in the first place. 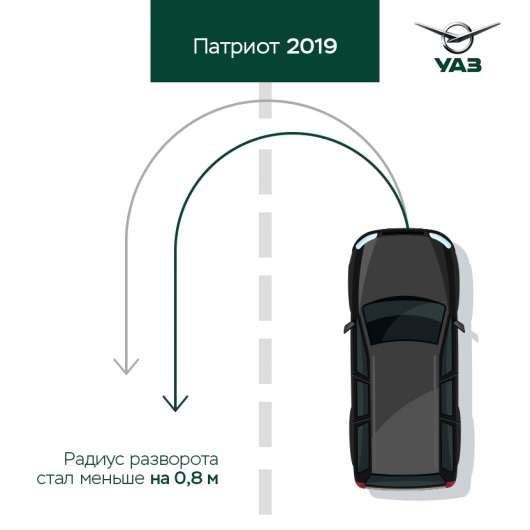 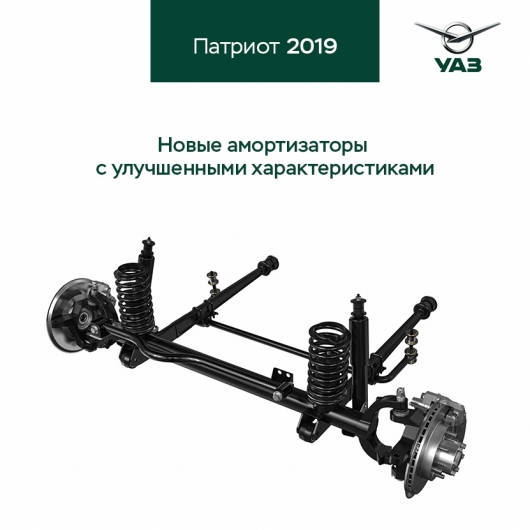 Through refinements Patriot became more comfortable not only on the road but on the roads!” 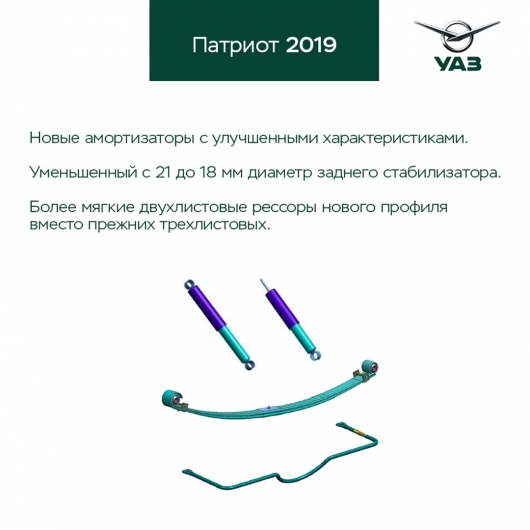 The cost of UAZ Patriot model year 2019 is currently unknown, even approximately. Provided installation on all models new front suspension the price tag on the SUV will have to grow up with all hands. With the new automatic transmission and engine “ZMZ-Pro” price tag on the worker-sarolta may surprise hardcore fans.