The first photos of the updated universal Mercedes-Benz C-Class

Mercedes has updated the interior and exterior of the C-Class 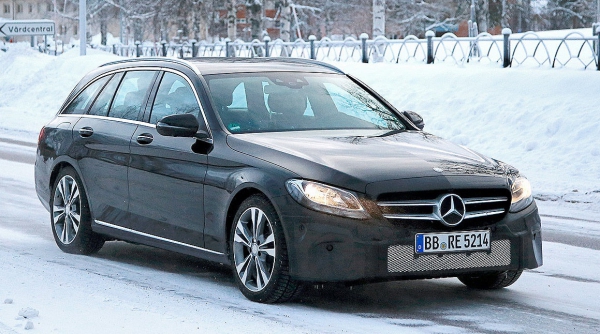 Consistently, every three years, Mercedes-Benz conducts restyling of its most popular models in the line. This time update touched interior elements of the car, and least of all his appearance. C-Class in 2014 was one of the pioneers of a new design language developed for Mercedes-Benz. Graceful form was borrowed from the older brother on the line, the flagship model of the Mercedes-Benz S-Class. Graceful roundness to many’s liking, although there were complaints in the style of the product, especially in that part which concerns the stern of the machine. The lights of the sedan did not look the best, small and inconspicuous, do not fit into the overall ensemble appearance. Another thing – the C-Class Wagon. 205 Series in the performance touring, left no one indifferent. Everything about him is in moderation researched and seems perfectly adjusted. But as you know there is no limit to perfection, it is time for updates… 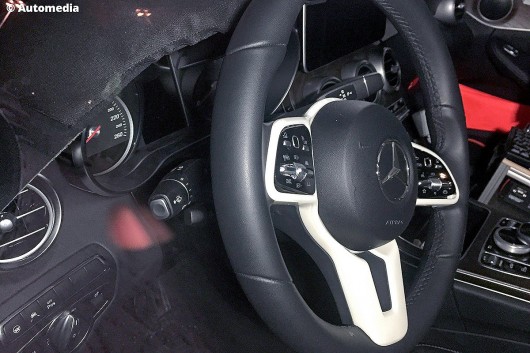 First refreshed model has got an updated interior. And that’s what the designers have prepared for new things. The first and most important change that is evident in spy photos – updated steering wheel of the car. Custom white border, changed the style of the Central part of the steering, adding a black patent leather elements, all this gives a special chic for Mercedes-Benz. The interior is literally transformed by new clothes. But the new wheel was not only beautiful, but also functional. With the E-Class is a facelifted version of a “Baby Benz” moved touch button control. A trifle, but nice. Change the position of the control lever the cruise control moved to steering wheel and some additional settings of the cruise. 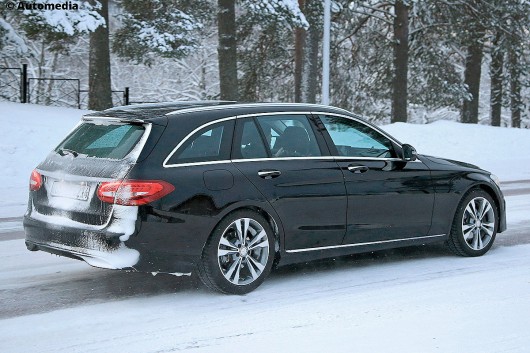 New is designed for C-Class optional touch control panel, which replaces the rotary push switch. German developers that slide over the sensor with your fingers is easier than using mechanical “Twister”.

Other changes that likely will be used in Mercedes, remain a mystery, hidden under a protective camouflage center panel. This will tell in the Mercedes-Benz ahead of the debut of the model at one of the nearest dealerships. 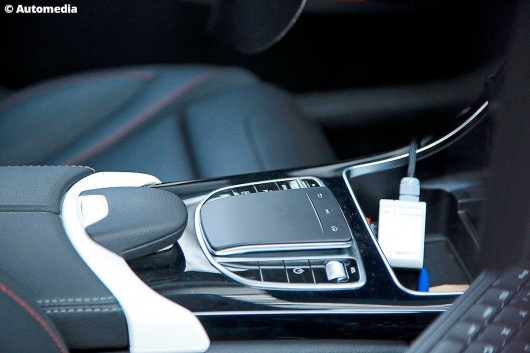 As for the exterior design, there is also something to see. Presumably Mercedes changed the front and rear bumper and also installed new tail lights changed style. In principle, in appearance, is all the changes that the engineers decided to use in its updated car.

The face-lifted version MB will appear in showrooms in Germany in mid-2017. In Russia and other countries the model will arrive later, most likely at the end of the year. 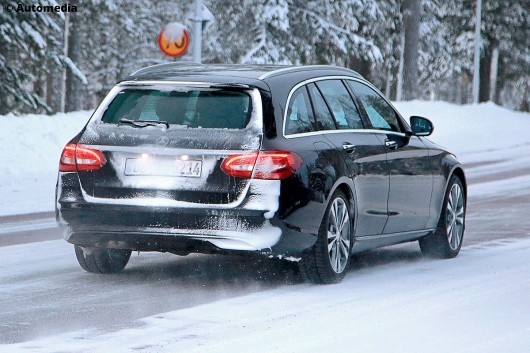 In Russia the cost of the C-Class sedan starts from 2.110.00 rubles. Universal starts from 2.270.000 rubles, and the Mercedes-Benz coupé, from 2.530.000 rubles. Almost 4 million rubles will have to pay for a sports version of the C43 AMG 4MATIC petrol engine producing 367 HP In Russia is represented by 5 types of engines, one of which is diesel.

In General, the power of the engines in the lineup ranges from 129 MB to 510 HP for the charged AMG models, which speaks of the richness and diversity of the model range.