Electric electroforged was first built by General Motors in 1966 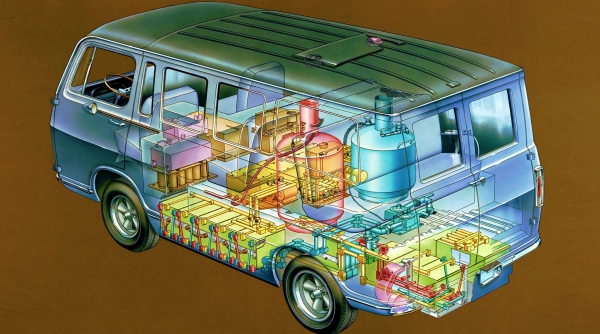 The first electric van developed by GM in 1966 could travel up to 240 kilometers and cost as the plane. 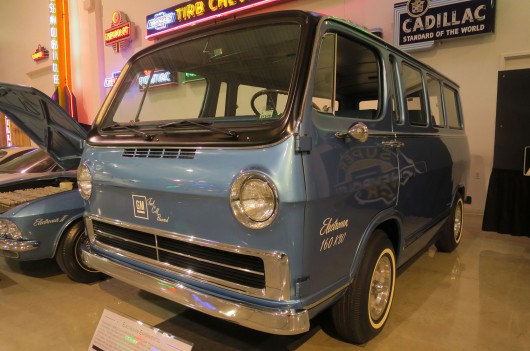 In 1966, the engineers at GM decided as an experiment to equip your practical minivan unusual power plant based on fuel elements steel, and the main energy to the electric current. As a donor to build a prototype in the distant 60-ies were selected van GMC Handivan. Why use a truck, not a passenger version? Even the huge American sedans of those years could not accommodate within itself a number of equipment and transfer this load to the chassis. 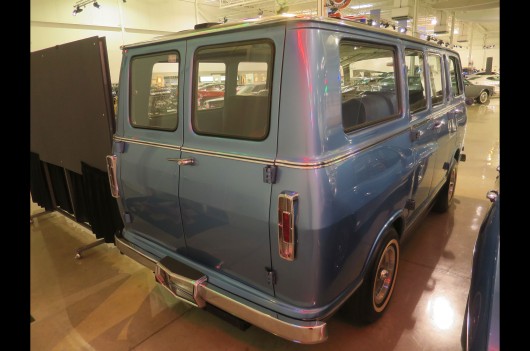 Despite the fact that the fuel elements have started to exploit since the beginning of 1800-ies, GM became the first among all automakers, which had thought to use them in cars. The company began experimenting with electric vehicles and very quickly comes to the conclusion that to increase the mileage per charge need renewable on-Board energy source, which could be quickly restored, and not to wait for long to charge the batteries (technology Express charge in those days was not yet invented). 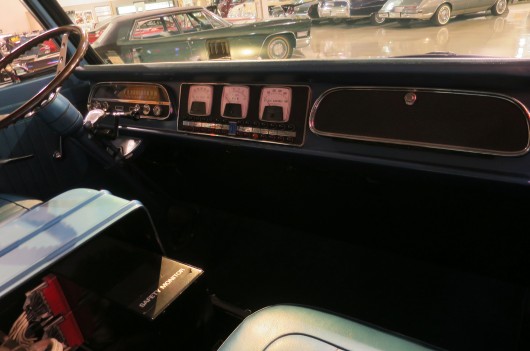 In Electrovan was set surprisingly powerful and large capacity batteries (for the time), fuel cells were capable of feeding continuous output power of about 32 kW at peak power is approximately 160 kW. The power plant was composed of 32 thin-electrode modules connected in series. The controller of the engine and transmission was installed under and between the front seats. Also under the floor were the fuel modules in number of 32 pieces, connected by a 167 meters of plastic pipes. Storage of fuel were unique: cryogenic tanks for hydrogen and oxygen, and a tank for the electrolyte was installed behind the second row seats. The system contained approximately 204 liter of potassium hydroxide, which filled all these many modules and tubes. The weight of one only of the electrolyte was more than 240 kg, the weight of the van exceeds 3 tons. 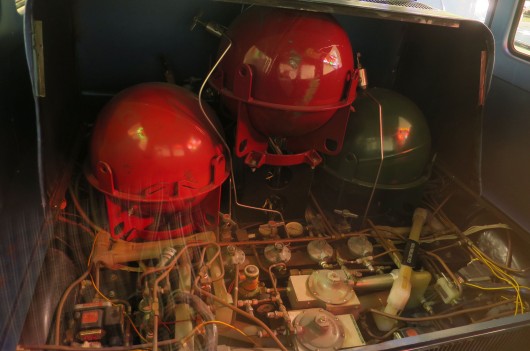 However, the Electrovan could accelerate to 112 km/h, acceleration to 100 km/h takes 30 seconds. The total range was quite impressive – about 150 miles (240 km). For reasons of security electrovan was not able to travel on public roads, all trials were held in the GM plant. 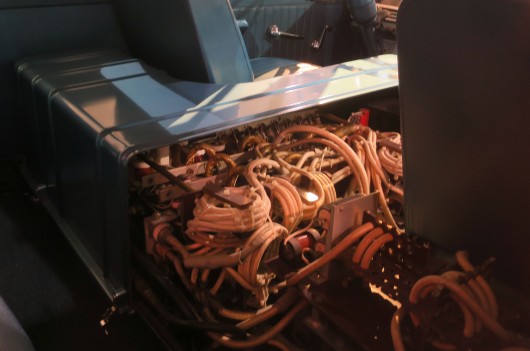 Premiered in 1966, but the project never went, innovation and complexity of technology does not add reliability and increased the cost of the car to the cosmic values. Plus, like today, the infrastructure of hydrogen production could not meet the refueling of a fleet of such electric vehicles. Yes, actually and structure-fueling hydrogen stations in those time and there was no trace.