Kia Rio “X”-line, the price rose because of increased clearance 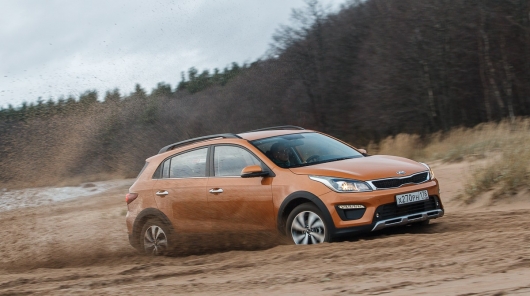 Today began selling versions of the first cross hatchback in the Kia lineup, Rio (subclass, as you know, called X-Line) with increased ground clearance, which, according to the Korean manufacturer will have to eliminate certain disadvantages associated with the lack of a geometric flow of cars in the Russian conditions.

The model initially came to market with 170 mm ground clearance, but now it will be increased to 195 mm.

Recall that Kia Rio X-Line competitor cross-version of Lada (SW Vesta and xRay Cross), and the closest peers such foreign models as the Hyundai Grand and Sander Stepway Renault. The model with such positive improvements really became interesting, however the price performed better is also reflected, of course, upwards.

Cross-hatchback Assembly Premium, which is the first coming to local dealers, differs from standard models is not only increased by 25 mm ground clearance, but a lot of modifications on the suspension geometry where you had to seriously reconsider and conduct additional tests at home in Korea and in Russia. The top-end configuration will set the standard all season tyres in the dimension 195/60 R16 (before the profile was below 55 on the same 16-m radius).

As for other packages, 2019, they also got extra millimeters at the bottom, however, their clearance will add only 20 mm from the original 170 mm. That is 190 mm. 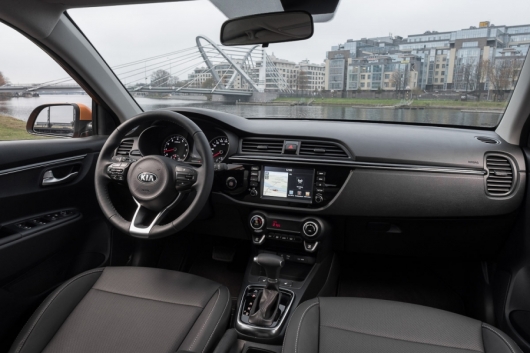 Prices on X-Line with increased ground clearance has grown by 10 thousand rubles. Thus, according to the Korean car brands, for the accessible model X-Line will ask 874.900 rubles ( RUB 864.900), to the most expensive Premium version of 2019 with petrol 123-strong power unit, the price tag has increased to 1 124 900 rubles.

For example, the Lada Vesta Cross at the moment can be cheaper to buy more than 40 thousand rubles, if we consider the basic version. In this configuration, domestic car will be slightly poorer – all systems like ABS, EBD, ASR, airbags and options like help is on the rise on both the top models.

So for the most part we kind of don’t understand price action, Kia, based essentially on the addition of 20-25 mm clearance.