Fatal mistake of the driver of the Chevrolet Corvette

Error of the driver of the Chevrolet Corvette C7 caught on camera. 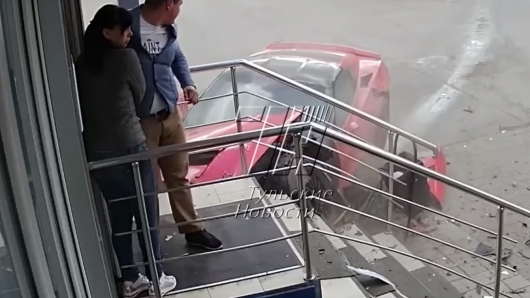 This shocking video was taken in Tula, where the driver of the sports car Chevrolet Corvette C7 violating traffic rules, collided with the Renault Fluence, flying away and then in the porch of a jewelry store.

This shocking video shot by a street camera that hangs in front of the jewelry store and pawn shop. As you can see in the video car Chevrolet Corvette C7 at high speed collides with a Toyota Camry that was turning from the roadway to the left. 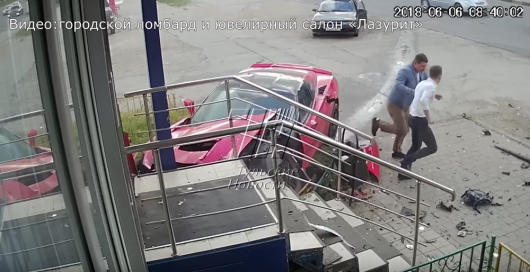 As a result, the sports car Renault faced with the inertia flew into the porch of a jewelry store, where at this point his staff wanted to come inside, opening the door.

According to the description of the video, the Renault driver was hospitalized after the accident. The truth is in the video description has no information about his condition.

As for the young driver in the Corvette, then, apparently, he did not receive any serious injuries despite the fact that he started out at high speed collided with a car, and then at high speed crashed into the concrete porch of the store.

By the way, as stated in the description of the video, the young driver has no driving license…