Fake films: 6 films, in which cars don’t sound as they should 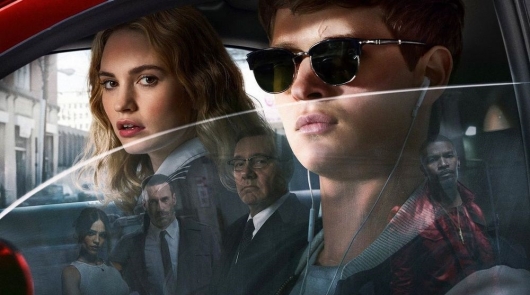 Motor! You will hardly deny the fact that shooting film is a laborious, complex process which takes millions of rubles or dollars (it all depends on the budget of the film and its scope). If primitive to decompose any film to get two most important components: the visuals and sound track. Each of them must not contain flaws in itself, but they must be combined perfectly with each other.

Without going into details of the technical process of filming, this is really a lot written on the Internet, will only note that there are two ways of voice acting: the method of pre-overlay sound track (rarely used) and the subsequent superposition of the sound on the footage. Latest technology is used almost everywhere. With its help not only written dialogues, but the special effects, including sounds made by the cars. You probably remember the old Soviet movies the squeal of tires when the vehicle is stopped in the frame. It was the same for decades and absolutely not depended on how the car braked in the frame: sharply or smoothly. It’s all because of the sound, pre-recorded and harvested in the 60s, were imposed later.

Sonic “flares” have sinned in the West, where half of the movies in which chase was “different” the same sound engines, screeching brakes, squealing tires, and similar effects. It’s a thick, reduces the process of creation. And now, it’s different? It is hard to imagine that in the digital age creators will use the methods of half a century ago. Pressed a few buttons – order! It is not, far from it.

For the sake of quality all done the old fashioned way. Need the right sound, for example, the rustling of leaves – go and write it in nature. In the frame of windy that blows hats from passers-by? Need to record the sound of a real wind of similar strength, and so on. Alas, the human factor is invincible and often even in expensive paintings, you can hear false. For example, the scenes with the car chases.

Engine sounds dubbed in post-production, also does not always coincide with the cars that we see on the screen. However, it is done on purpose. In this trick the sound engineers are going deliberately to give the moment more drama to the chase was more exciting. In this case, the realism fades into the background. The same applies to things like gunshots and explosions, which are not always sound in the movies, as they would have sounded in real life.

We have made a selection.

Killer soundtrack, exciting car chases and even, for the most part, the correct sounds are present in the frame of the car. Take the Subaru WRX from the first scene when the eponymous “kid” breaks into the film on a red rally sports car with a boxer engine.

Yes, another fake from the same film. And again makes a noise under the hood, the engine RB26! This time sound track alien motor overlaid on top of the Dodge Challenger, which – as in the WRX produces juicy, but absolutely foreign to him the sound of a V8.

It is difficult to determine exactly what that sound means. Perhaps an old row “four” with twin carbs? But whatever it is, it’s not like the sound of the VW Golf of the sixth generation…

Movies from the American Netflix work hell. “Wheelman”, however, was a pleasant exception, coming at the end of last year. Serednjachkov Thriller turned out digestible thanks to the play of the Maestro of this genre is Frank Grillo.

But if the film will look at the motorist, he can’t shake the feeling of deception from behind the car, which Grillo spends almost the entire film: the BMW 3-series E46. Often it sounds like under its hood beats the heart of the V10 from the E60 M5 models.

Maybe they are the engine swapnali from more powerful models…

No, transformers 4, the Bugatti Veyron is not worth V10. Pagani Huayra in this film also sounds strange…

However, judging by the rating and what is happening in the film, the movie has problems and more than this discrepancy.

Not the worst example of the fraud of the sound of the motor. We found that in the foreign forum where very knowledgeable autogermana discussed what in fact BMW was taken by the sound we hear on the 15-th second: E90 / E92 M3? He probably really doesn’t belong V8 this M5.

The reason we included it in the list, is that this is not the first time this reshuffle was done in the movie “Mission impossible”. In the film Mission: impossible-Tribe of outcasts they used the same noise for voice F80 M3. Subtle trolling fans of the BMW…